In a dynasty setting, evaluating landing spot is another criteria to help make decisions on players. It doesn’t mean everything as dynasty is a long-term game. However, landing spot can help clear the fog when deciding between players to draft. Whichever team Jerry Jeudy ends up on could sway his future fantasy value.

If Jeudy runs a 4.3-second 40-yard-dash and weighs close to 200 pounds, he might get selected with a top five pick in the draft. Any other scenario where he runs in the 4.4 range still leaves him as a near lock for a top ten selection. A 1,300 yard, 14 touchdown season on the greatest stage in college football (Alabama) as a sophomore netted him an 82nd percentile breakout age. This was a better breakout age than Julio Jones and Calvin Ridley who he also outperformed in yards per reception (17.2). He followed it up with another 1,000 yard, double-digit TD season in 2019 which has him at the top of the food chain in the 2020 class.

Much like fantasy football, drafting at the top of the first round is about safety. While some players could have more upside, Jeudy might be the safest pick in the draft. He is expected to have the athleticism and route running combination that will contribute right away to any team. 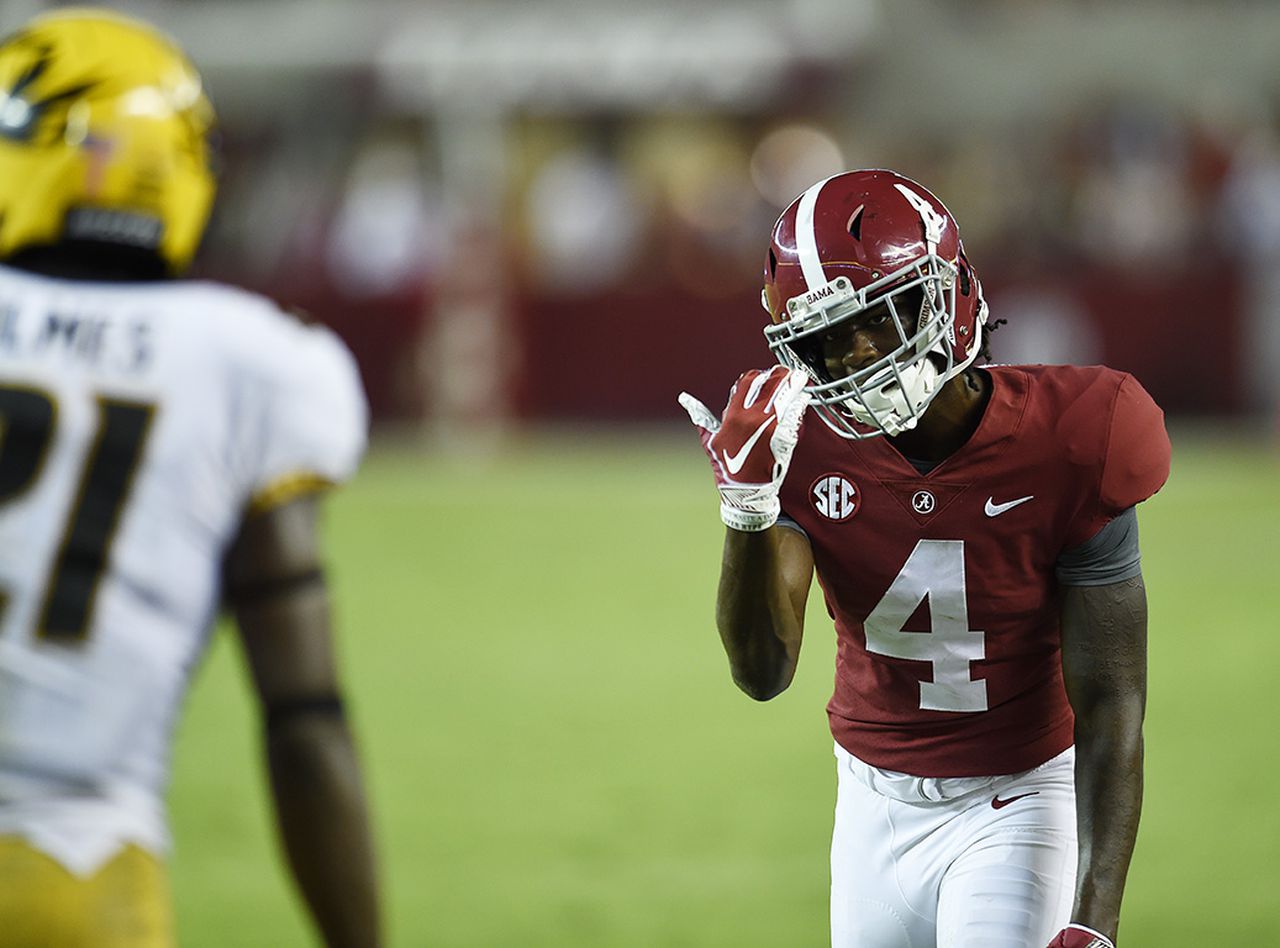 Daniel Jones actually had an encouraging fantasy season in his rookie year. He had three 4+ touchdown games and several 300+ yard games. If you take his 12 starts, average his attempts per game (38), and add those to the 4 games he missed, he would be 6th in the NFL in pass attempts. Adding a former receivers coach in Joe Judge, he could want to add a true #1 elite wideout. Golden Tate, Darius Slayton, and Sterling Shepard have proved not to be alphas and Jeudy could be paired with Jones for years to come. Jeudy would be solid here by getting peppered with targets and opportunity.

If the Dolphins pass on a quarterback at pick 5, maybe Jeudy is the pick. Jeudy and Devante Parker could be an Evans-Godwin-like duo similar to what Ryan Fitzpatrick had in Tampa Bay. This could provide an elite stable of receivers for Fitz or some other rookie. Parker, Jeudy, and Preston Williams would make the Dolphins dangerous in the AFC East. Jeudy would be a lock for 80+ targets from Fitzpatrick and possibly even more. With an immediate grasp of the target share and Jeudy’s talents, he could be primed for fantasy stardom right away.

The targets might not be as consolidated in a spread offense. However, if Jeudy runs a 4.3-second 40-yard dash, he could make this the most dynamic offense in all of football. He would be a near-perfect fit in this high-flying, pass-happy offense. Another year in the NFL for Kyler Murray and Kliff Kingsbury will surely help and grow the Arizona offense. Murray showed flashes of excellence finishing 3rd in the NFL in money throws (26). Jeudy is known for his route running prowess and speed which is what the spread offense is all about.  This offense led the league in 4-wide receiver sets in 2019 which would set up a near-unstoppable offense with the likes of Larry Fitzgerald, Christian Kirk, Andy Isabella, and Jerry Jeudy.