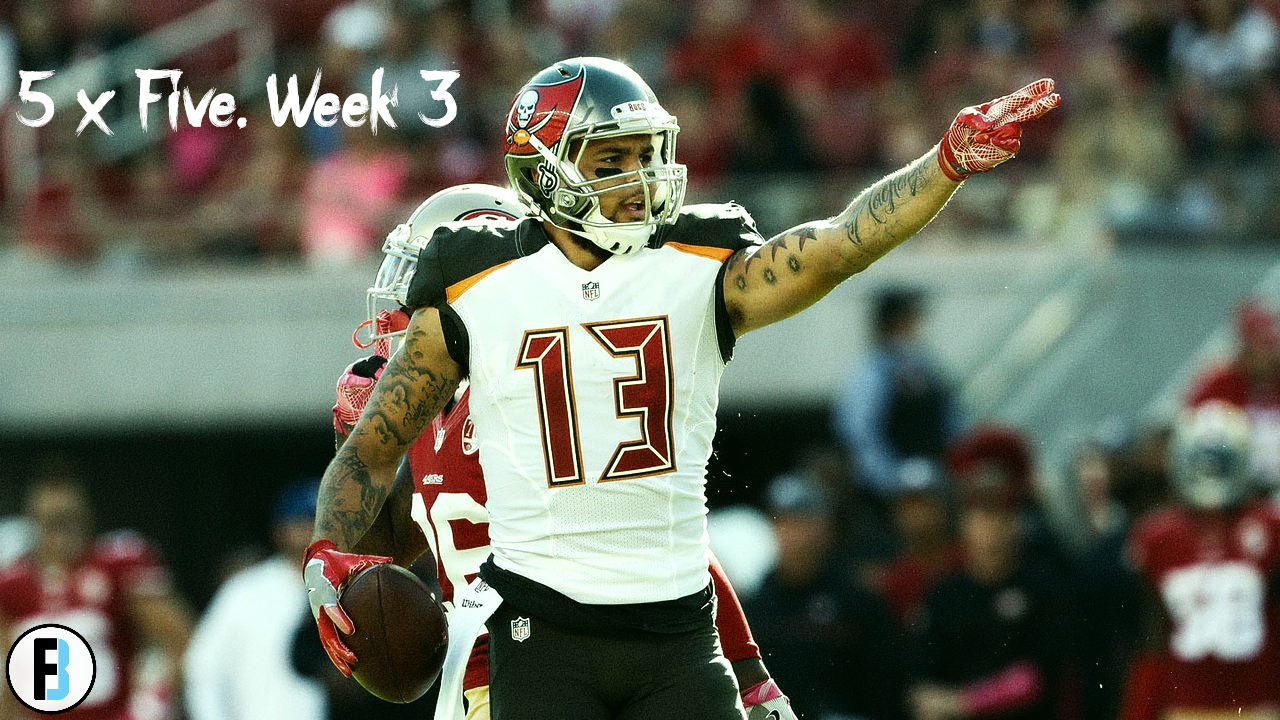 Checking in on the new signal-callers

Mason Rudolph had a good amount of buzz entering the day, given the sweet music that he and former college teammate, wide receiver James Washington, created at Oklahoma State. Unfortunately, his first start had him matched against a San Francisco defense that looks like the real deal through three weeks now. Rudolph finished with 174 yards on 14-of-27 passing for two scores and a turnover. It was worse than the box score may have otherwise suggested.

Daniel Jones — young Dan Dimes — on the other hand, looked like he’ll have many folks spending some time deleting tweets this evening. Two touchdown throws through the air and another two on the ground will do that. Sterling Shepard and Evan Engram are legit weapons, Golden Tate is set to return in a couple of weeks, and Jones’ legs add a whole new dimension to this offense. (It is worth noting that all-world running back Saquon Barkley left the game banged up, on crutches.) Imagine if they still had that player they traded to Cleveland?

Arizona’s defense is booty, so context is key here, but Kyle Allen deserves his shine in what was only his second career start. Now, I’d be surprised if he completely ended up unseating Cam Newton, who looked underwhelming through two weeks (if we’re being polite). Still, Allen’s impressive play should at least let the Panthers think long and hard about “rushing Newton back.”

Here’s the section about the other quarterbacks on this Sunday’s slate; the good, the bad, and the ugly

It was a good Jameis Winston week, who went for nearly 400 yards through the air and tallied three scores, as he and Mike Evans (8-190-3) had an afternoon to remember. Another hat-trick on the day, Deshaun Waston continued to get things done despite the shaky offensive line play. I had him as the overall QB1 entering the season, and while that’s not in sight at the moment given the other stellar play around the league, he’s obviously trending in the right direction. Russell Wilson had a four-score day himself (two through the air and two on the ground), as he did his best Jones impression. Patrick Mahomes remains ridiculous while Lamar Jackson came back down to earth a little after the two went head-to-head.

Kirk Cousins wasn’t leaned on heavily, as the Vikings easily outmatched the Raiders. I’m not sure he’s capable of carrying fantasy teams, if called upon, however. Aaron Rodgers is figuring shit out with his new coach, we assume. A solo score of 235 isn’t very Rodgers-like. Jacoby Brissett is just a guy, but playing clean football and making the transition from Andrew Luck about as painless as one could. It should be safe to tick Carson Wentz up on talent alone, but the Eagles are obviously reeling from an abnormal amount of injuries on offense.

Derek Carr gets to join the likes of Joe Flacco and whoever Luke Falk is in the corner of the “ ugly room.”

what about the wide receivers on the day?

Deebo Samuel appeared to be heating up, but ultimately was a non-factor as the 49ers put the ball in everyone’s hands on offense.

Christian Kirk remains a target hog, but has yet to really turn those targets into anything noteworthy.

The ultimate target hog, however, is Keenan Allen, who notched another 17 on Sunday afternoon. He turned those into an easy 13-183-2 line on the day. Light work.

Fourteen targets were in play for Tyler Lockett, who continues to trend upward, after registering a 11-154-1 line.  He gets the Cardinals’ “secondary” next week in a divisional match-up. Get excited.

Marquise Brown was quiet on his nine targets, securing only two for a scoreless day — a week too early (he was a cash game staple for me in daily) as he racked up over 200+ air yards during Week 3’s tilt.

Demarcus Robinson had one of the prettier catches on the day, and it looks like he may have stepped into WR2 territory after he found the end zone again. It’ll be interesting to see how the pie is cut when Tyreek Hill returns.

Add seven more receptions to Austin Ekeler‘s resume, who has slotted right into Melvin Gordon‘s role during the latter’s time away.

Another fumble on the day for Chris Carson – drink.

Alvin Kamara looked like the league-winning Kamara many know and love: 69 yards and a touchdown on the ground, and 9-92-1 through the air. Just silly numbers.

Matt Breida continues to get cucked in a messy San Francisco backfield.

Tony Pollard, offseason hero, “broke out” for 13-103-1 against the hapless  Dolphins. His talent suggests greater usage, but reality says he won’t see the field unless Ezekiel Elliott is lost to injury (or the Cowboys are playing well ahead, like today).

Rex Burkhead continues to outplay Sony Michel, and the opportunities keep coming his way as such.

Miles Sanders had 73 yards receiving on the day. The footsteps are growing louder…

We did all the positon groups this week, instead of five unique headlines, so we’ll have to touch on tight end too of course

Jared Cook is a ghost without Drew Brees under center.

O.J. Howard “came alive” for a 66-yard performance. Let’s see if he can string two or three of these together now.

Evan Engram turned eight targets into a 6-113-1 line, as he looks like an even bigger factor with Jones at the controls.

Buffalo would be wise to get Dawson Knox more involved going forward.