Ahead of the Curve: Dynasty Adds, Week 4 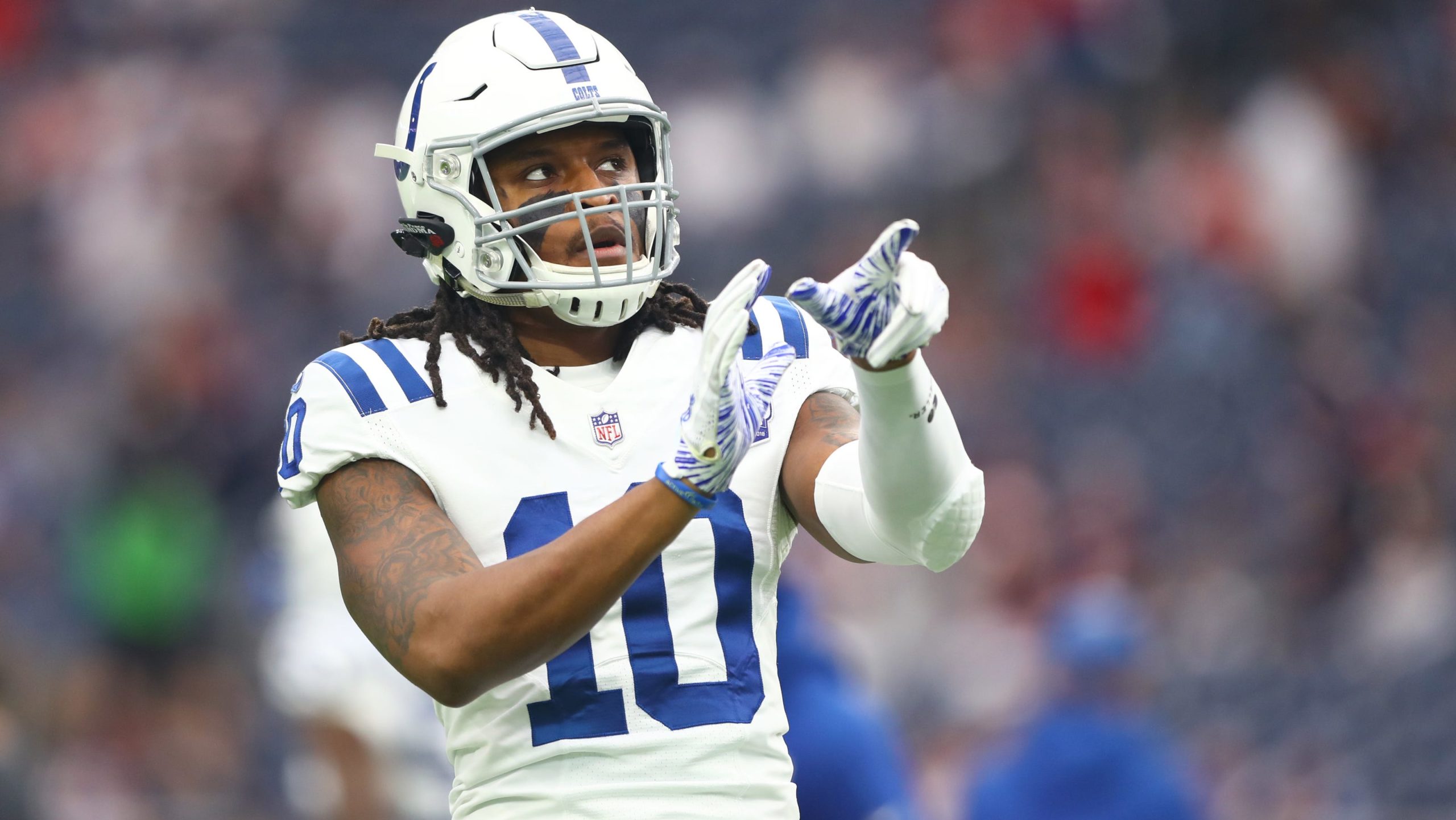 In dynasty leagues, the waiver wire isn’t a big tool for fantasy managers to utilize when compared to season-long, redraft leagues. With larger rosters and an emphasis on playing the long-game, fantasy managers can stash-and-hold on to players longer than they can in redraft leagues. However, when an NFL player becomes fantasy relevant in dynasty leagues, everyone bids top FAB dollars to acquire these players.

Myles Gaskin is that player this season. Gaskin was the expected third-string running back on the Miami Dolphins since the Dolphins signed Jordan Howard and traded a draft pick for Matt Breida. Howard and Breida have combined for 62 snaps in three games for the Dolphins. Meanwhile, Gaskin has doubled their snaps with 134 on the season. Gaskin has exerted himself as the alpha in the backfield.

For many people, this is a shocking event. Howard secured a contract paying him $5 million per season and he played well in Philadelphia last year before a shoulder injury paved the way for Miles Sanders to take over. Breida and his 4.44 40-Yard Dash (92nd percentile) and 138.4 Burst Score (99th percentile) have made him a favorite of longtime PlayerProfiler followers. The top two spots on the depth chart were set in stone for the Miami Dolphins since last year’s running backs were outperformed on the ground by Ryan Fitzpatrick, right? Training camp reports and interviews with head coach Brian Flores told another story.

Gaskin had impressed his coaches and observers of the Miami Dolphins’ training camp sessions. Predicting Gaskin would lead the backfield in snaps and touches this early in the season was a stretch, but a look at his PlayerProfiler profile revealed that he was worth a stash. Last season he had two top-30 performances at his position in weeks 15 and 16, despite running behind a horrible line.

Mentioning Gaskin is important because fantasy managers that grabbed him before Week 1, spent little, if any, FAB. This article series will identify players to monitor in dynasty leagues BEFORE their breakout performances. The goal of this series is to find players available in 99-percent of leagues to acquire now before they become a sought after waiver wire addition in leagues. 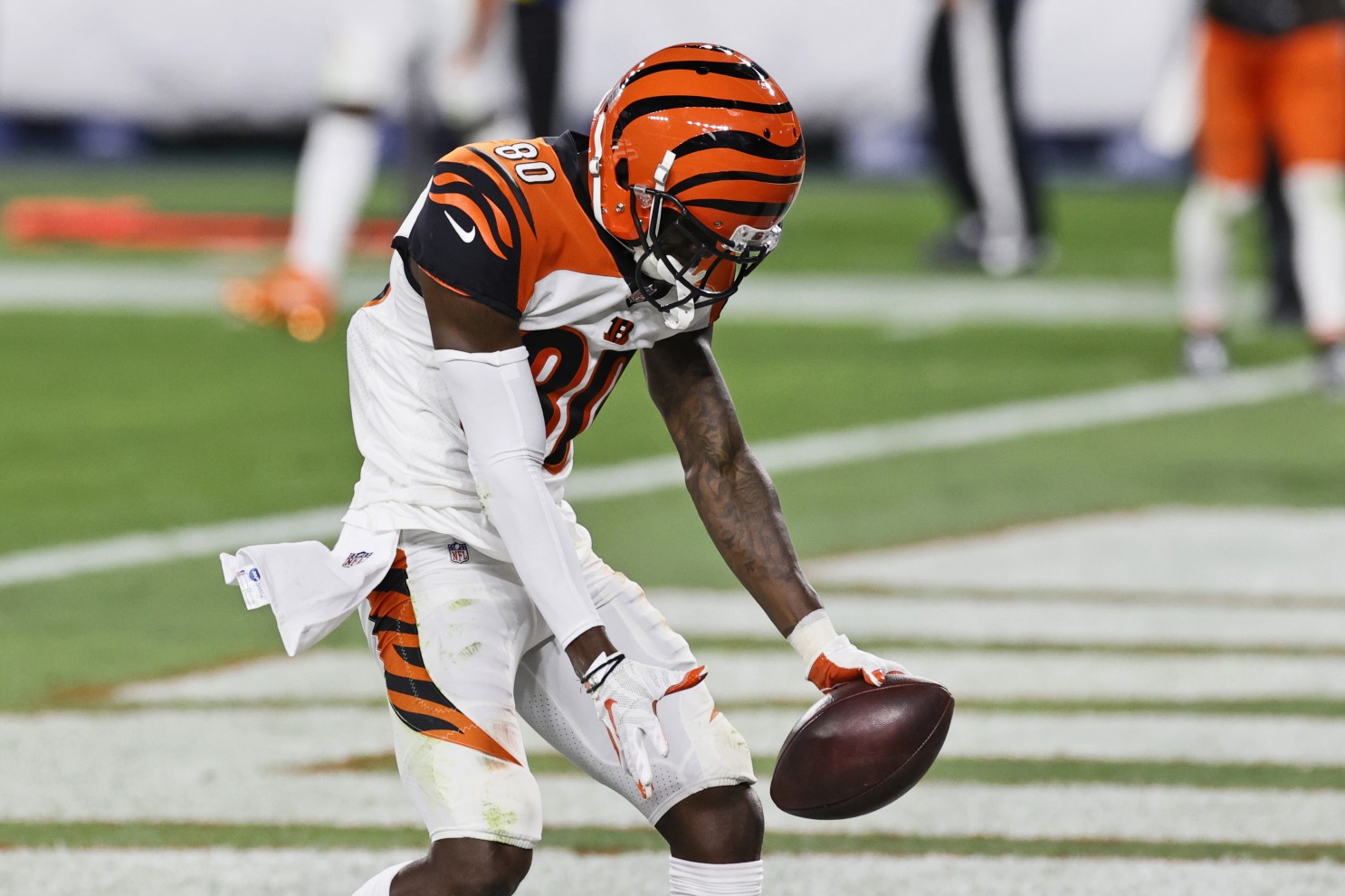 Not to be confused with perennial All-Pro wide receiver in New Orleans, Mike Thomas entered the NFL in the same draft class as Michael Thomas in 2016. A small-school prospect, Thomas was drafted in the sixth round by the Los Angeles Rams. Thomas’ 53.0 Dynamic Score (No. 5 in the 2016 class) kept him in the league while he learned to play wide receiver in the NFL. For four seasons, he played twice as many snaps on special teams as he did on offense. His career with the Rams was underwhelming; he had 10 catches for 144 yards and zero touchdowns. Dynasty players gave up on Thomas back in 2018, but not Thomas’ current coach and former Rams quarterbacks coach, Zac Taylor.

Thomas’ familiarity with Taylor’s offense helped get him on the field in Week 1, where saw the same snap count as rookie Tee Higgins and third-year receiver Auden Tate (15 snaps). Week 2 had two unexpected events. First, Tate was a healthy scratch for the game. Second, Thomas out-snapped John Ross (32 to 28 snaps). With Higgins playing 60 snaps, it’s safe to assume that the Bengals top three wide receivers will be A.J. Green, Tyler Boyd, and Higgins.

Week 3 saw Tate play, while Ross was a healthy scratch. Thomas was out-snapped by Tate in Week 3. However, the fact remains that Thomas has NOT been a healthy scratch for the Bengals and has had multiple catch performances in each game.  The Bengals run 11 personnel (3WR sets) 79-percent in 2020. That leads the NFL this season. The No. 4 receiver for the Bengals is one injury away from heavy snaps in an NFL game and Thomas should be on the radar for dynasty teams with deep rosters.

Opportunity is the key for scoring fantasy points and Thomas is trending in the right direction. But is he good at football? His analytical profile presents some intriguing observations:

First, his massive 10 ½ inch hands (97th percentile) need mentioning. Big hands mean big… catches. A rookie quarterback’s best friend in the passing game is a reliable target that catches all passes thrown his way. Through two games, Thomas has a True Catch Rate of 100-percent (8 catchable targets). Burrow is looking for Thomas when he’s on the field. Thomas’ 15.5-percent Hog Rate is No. 26 in the NFL. Another workout metric that stands out for Thomas is his 124.2 Burst Score (67th percentile). Paired with his 10.05 Catch Radius (60th percentile), Thomas is able to get open with burst and secure quick passes from Burrow.

We’ve seen Thomas’ workout metrics show up in games this season. His 2.22 yards of Target Separation is No. 23 among receivers this season. When paired with his low 6.3 Yards Per Target (No. 87), Thomas has shown an ability to use his burst to get open on short throws. Only four NFL receivers average more yards of target separation on a lower yards per target.

Thomas’ ability to get open on short throws is beneficial for Burrow; Burrow’s Protection Rate is 81.9-percent (No. 22). Burrow’s offensive line doesn’t allow him to target receivers deep and contributes to Burrow’s 5.7 Adjust Yards/Attempt (No. 27).

Daurice “Reese” Fountain was a fifth round pick by the Indianapolis Colts in the 2018 draft. For his career, he has played 18 snaps on offense. 15 snaps came from this past weekend’s game. Fountain has lurked around the team’s wide receiver depth chart since the 2019 offseason. He was on track to make the Colts roster last season before an ankle dislocation and fracture ended his season before the preseason started. Fast forward a year and Fountain returned to a revamped receiving core. T.Y. Hilton, Parris Campbell, Michael Pittman, and Zach Pascal locked-up the top four spots.

Competing for scraps with special teams ace Ashton Dulin and surprising rookie Dezmon Patmon, Fountain found himself off the roster going into Week 1. A week later, Fountain not only replaced Patmon on the roster, he received more offensive snaps than Dulin (15 to 6). Then tragedy struck the Colts.

The injury bug wasn’t finished with the Colts receiver core. Pittman suffered a lower-leg injury and had surgery for lower-leg syndrome. Pittman is out until Week 8 at the earliest. With Campbell and Pittman out, Fountain is the No. 3 wide receiver on the depth chart. He has out-snapped Dulin 34-19 in weeks 2 and 3, while Patmon hasn’t played any snaps. Fountain, similar to the aforementioned (Mike) Thomas, plays for a team that utilizes 11 personnel (3WR sets) at a high rate in the NFL (72-percent). While Pittman is out, Fountain has the opportunity to prove that he is an NFL-caliber player.

Fountain’s lack of production in his career is why he’s still available on waivers, but his analytical profile deserves a revisit even though he is a third year wide receiver. His profiles includes three extraordinary numbers according to PlayerProfiler.

Darnell Mooney was drafted by the Chicago Bears in the fifth round of the 2020 NFL draft. With Allen Robinson and Anthony Miller on top of the depth chart and veteran receivers Cordarrelle Patterson, Ted Ginn, Javon Wims, and Riley Ridley ahead of him at the start of the offseason, initial production for the Tulane product was not expected.

Week 1 showed the Bears deploy a platoon alongside Robinson. Ginn (28 snaps), Miller (27), Wims (23), and Mooney (21) all played around the same snap count. Week 2 revealed a clearer picture of the hierarchy in the wide receiver core. Ginn was a healthy scratch and Mooney finished second on the team with 39 snaps, behind Robinson’s 53 snaps. Not only did Mooney finish second in snaps in Week 2, he finished as the top fantasy wide receiver on the Bears with a 3-36-1 line on 3 targets. Proving it wasn’t a fluke, Mooney was second amongst Bears’ receivers in snaps and finished with five targets.

Mooney has an impressive analytical profile on PlayerProfiler. He is considered a phenom with a Breakout Age under 19 years (18.9 years, 92nd percentile) and his 4.38 40-Yard Dash was 96th percentile. Through three games, Mooney is averaging more than 2.00 fantasy points per target and his +20.1 Production Premium is No. 24 among wide receivers. His 36.5-percent College Dominator (72nd percentile) and 17.8 YPR (84th percentile) reveal a deep-threat playmaker that can continue to excel at the pro level. It’s a small sample size, but dynasty managers need to claim Mooney if he’s available before the competition does.