Back in March when the sports world was shut down the NFL was blasted with massive news… DeAndre Hopkins traded to the Arizona Cardinals. For Cardinal’s fans this was incredible, but Christian Kirk truthers saw the news as a dive bomb to his dynasty value. However, DeAndre Hopkins’ arrival in Arizona has only thrown off the scent of the quintessential NFL wide receiver third year breakout for Christian Kirk. He’s coming. 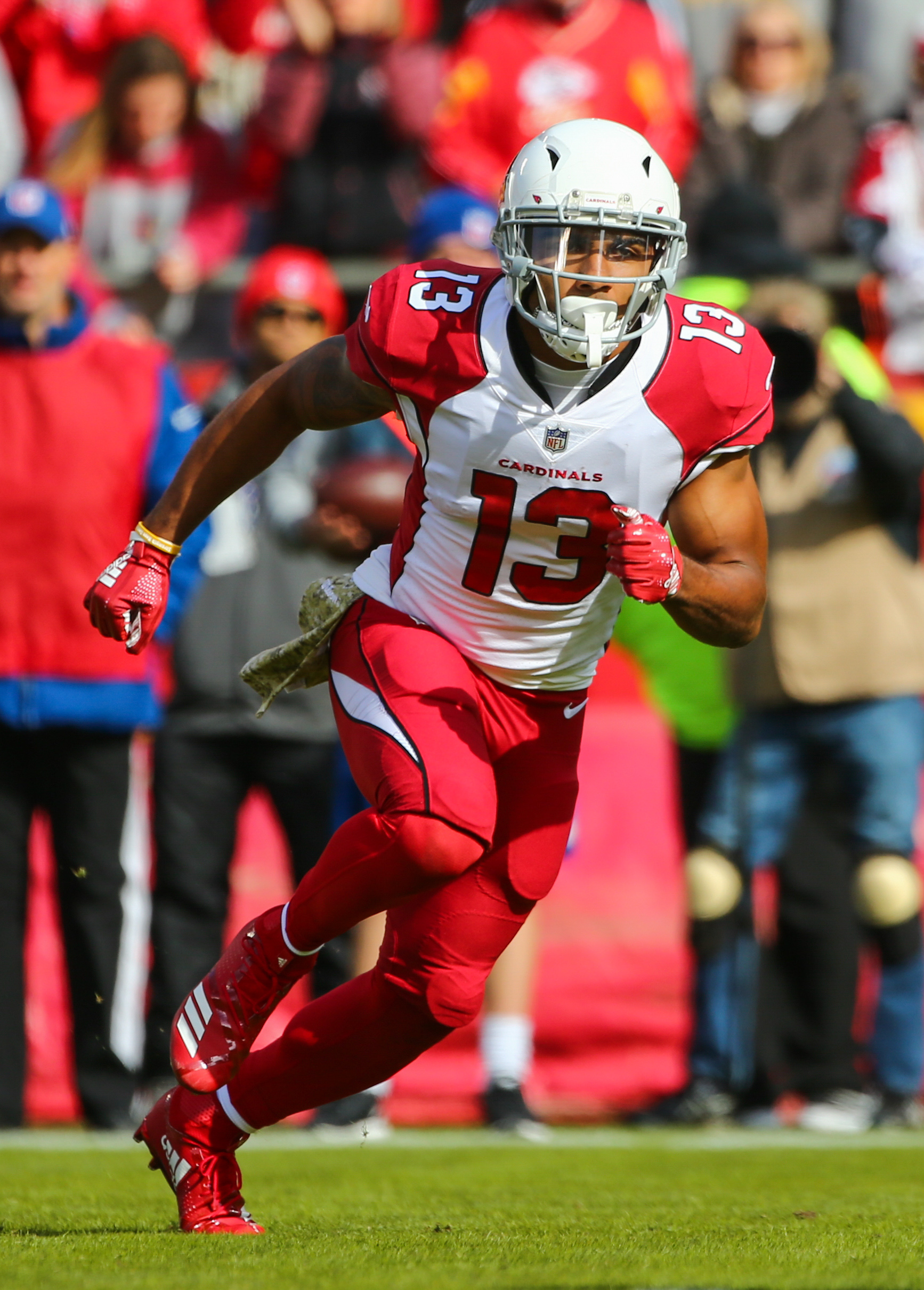 Staying healthy has been a minor issue for Christian Kirk. A 2018 foot fracture in week 13 and the debilitating high ankle sprain in week 4 last year resulted in 7 total missed games the past two seasons. What’s soaring under the radar is how impressive Kirk’s 16 game target-pace and team target share was at 23 years old. How important is target share? In 2019 the r squared value between fantasy points per game and target share was 0.85. 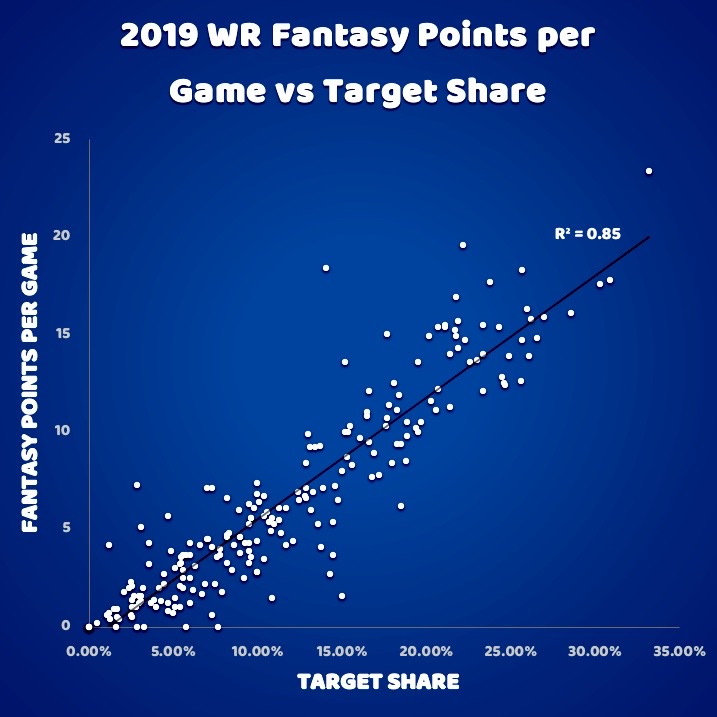 Players who vacuum up their team’s targets score fantasy points. Duh. His 24.5-percent target share was No. 16 in the league last year, and No. 2 among second year wideouts (Courtland Sutton 26.1-percent, Christian Kirk 24.5-percent, D.J, Moore 24.3-percent). In 13 games last season Kirk received 108 targets. His 16-game target-pace was 133 targets, which would have been No. 12 in the league. Extrapolate out his 16-game target pace with his 1.54 fantasy points per target and bam, a 2019 top-25 wide receiver.

I remember dropping to my knees, fists clinched, when Adam Schefter broke the news DeAndre Hopkins was headed to Glendale. Kirk’s dynasty ADP is WR37, right in front of N’Keal Harry and Mecole Hardman (per DLF ADP). One-for-one dynasty trades that went down after the Hopkins news (per DLF trade finder) were Christian Kirk for N’Keal Harry, Christian Kirk for Ronald Jones, and Christian Kirk for a second round rookie pick. Fantasy gamers who had shares of Kirk got out for cheap. Hopkins coming to town squandered the sought after seismic breakout for Kirk in 2020. How could it not? Hopkins’ targets the last five years were 150 (No. 5), 163 (No. 5), 174 (No. 1), 151 (No. 8), and 192 (No. 3), leaving Christian Kirk with no room to breathe. 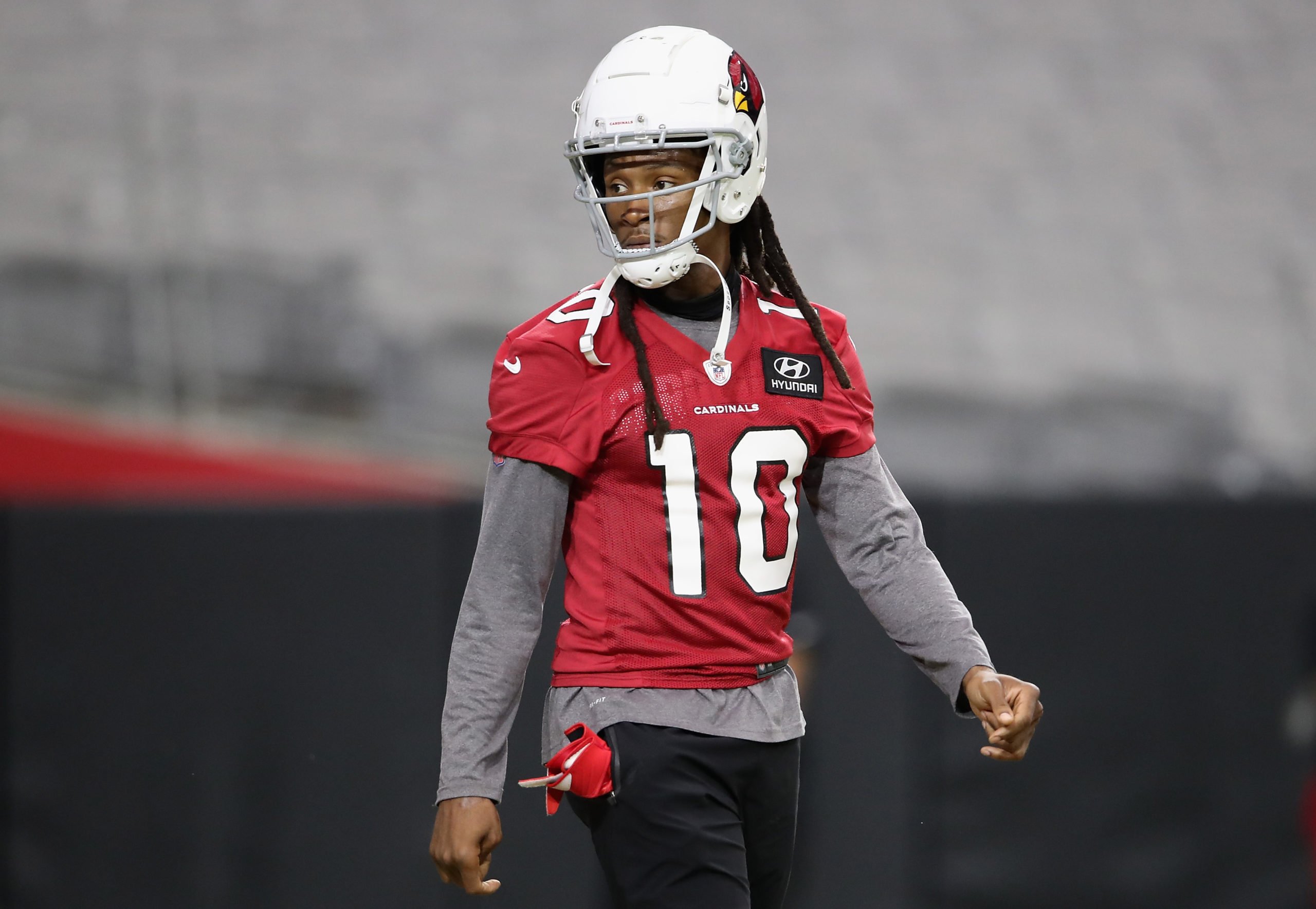 Not so fast, my friend. The last time DeAndre Hopkins had a teammate reach 100 targets in one season was… 2014! Hopkins’ fantasy outlook downgraded because he’s never seen the target competition Arizona presents. Christian Kirk is an absolute Roomba, vacuuming up any target in his path. Kirk (108 targets) and 36-year-old Larry Fitzgerald (109 targets) BOTH achieved 100 targets last year. Although a fixture in the organization for the last 16 years, a geriatric Larry will be phased out of the offense. More targets for Kirk and Hopkins. On top of a decrease in Fitz, the Cardinals are No. 5 in the league in vacated targets going into 2020 (per PlayerProfiler). 156 vacated targets… ahh, so there is room to breathe.

Kyler Murray was the overall QB7 in his first professional season, but was wildly inefficient at putting six on the board once he got the boys into the redzone. While being No. 9 in redzone attempts with 75, Kyler finished 2019 with only 20 passing touchdowns (No. 21) and a 3.7% touchdown rate (No. 38). Kirk finished No. 9 in redzone receptions, but only scored three times, resulting in a pathetic 4.4-percent touchdown rate. Kicker Zane Gonzalez was No. 3 in field goal attempts. 12 attempts came from 20-29 yards and 12 came from 30-39 yards (per Lineups). No other kicker had double-digit attempts from those two ranges. With the rookie woes gone and a new toy outside to take pressure off the middle of the field, Christian Kirk and the Cardinals are due to see more fireworks in 2020 compared to their bottom four redzone touchdown percentage from 2019 (per TeamRankings).

DeAndre Hopkins and his prowess is positioned to receive the top primary corner coverage week-to-week, setting up Kirk and his Stefon Diggs best comparable profile to torch ancillary defensive backs. 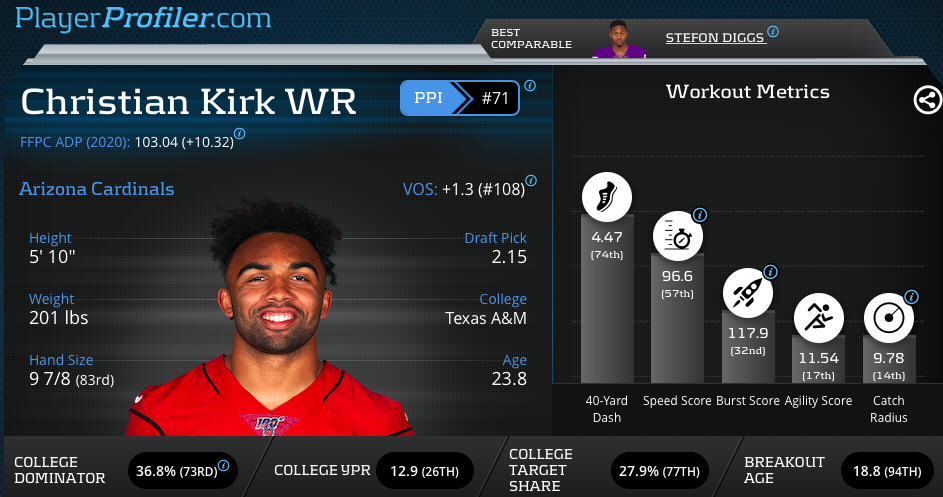 Who was better in their first two years in the league, Player A or Player B? 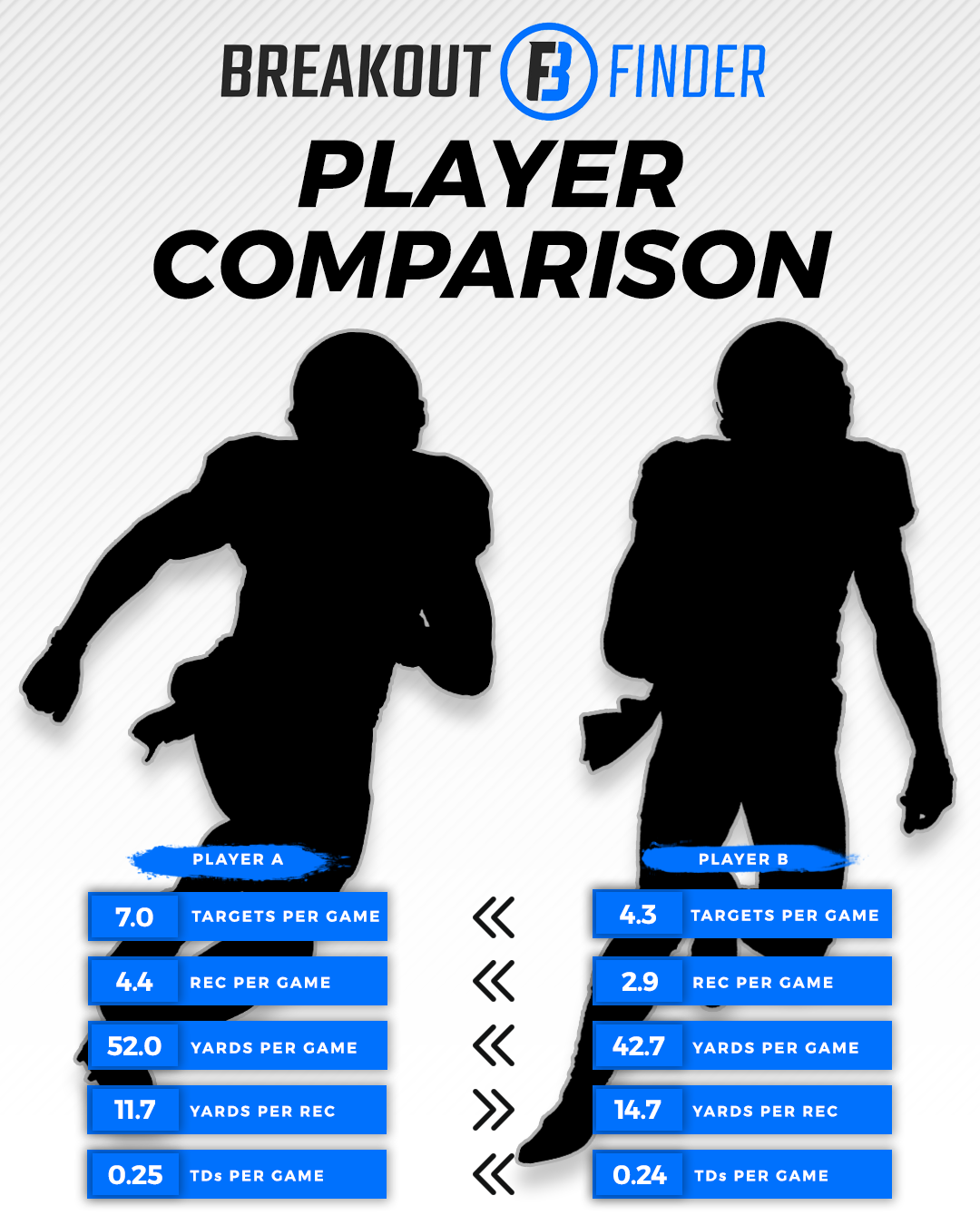 It’s a rhetorical question, because the obvious answer is Player A. Player A is Christian Kirk (which included a year with perennial bust Josh Rosen), and Player B is the third year breakout king, Chris Godwin.

Now, is Kirk going to have the year Godwin did in 2019? It would be silly to confirm that. What Chris Godwin did was an efficiency anomaly and may never happen again. However, target hog Mike Evans’ presence on the field with pre-breakout Chris Godwin is interestingly similar to DeAndre Hopkins’ presence with Christian Kirk. Mike Evans’ targets the last five years were 122, 148, 173, 136, 138, and 118 (13 games). Most would deem it impossible for the No. 2 to breakout with the No. 1 dominating the target share. How did Godwin get over the hurdle then? Jameis Winston led the league in pass attempts with 626. Volume, volume, volume (on top of the fact Godwin is a beast, but so is Kirk). What bodes well for Christian Kirk is Kyler Murray hurled the rock 542 times during his rookie campaign, No. 9 in the league. With Arizona’s up-tempo offense (No. 2 in 2019 pace of play) and their tragic, pass-funnel defense (2019 No. 6 rush defense DVOA, No. 26 pass defense DVOA, per Football Outsiders) the Cardinals will be in mouthwatering shootouts all season and Murray will soar towards 600 attempts.

The rumors flying out of Cardinal’s training camp are Kirk is tee’d up to be a colossal smash this year.

Cardinals WR Christian Kirk has "potential to go through the roof"https://t.co/EI38vjbwV2 pic.twitter.com/M4kmigXiz2

Kyler Murray and Head Coach Kliff Kingsbury love what they have seen.

Does coach speak exist? Yes. But when multiple people are buzzing, pay attention. Plus, we already know Kirk is a baller. Commanding 129 targets and putting up 1,009 yards as an 18 year-old in the SEC while dominating in the return game isn’t a coincidence.

At 23-years-old and earning robust camp reviews from Kyler and Kliff it still isn’t too late to buy Christian Kirk, but act fast. The arrival of DeAndre Hopkins created a bear market on Kirk’s value. Pounce on the dip. He is primed to breakout all over the place. Don’t forget, Christian Kirk posted the No. 1 Breakout Rating in the 2018 class from the BREAKOUT FINDER database. Enough said. Happy shopping.