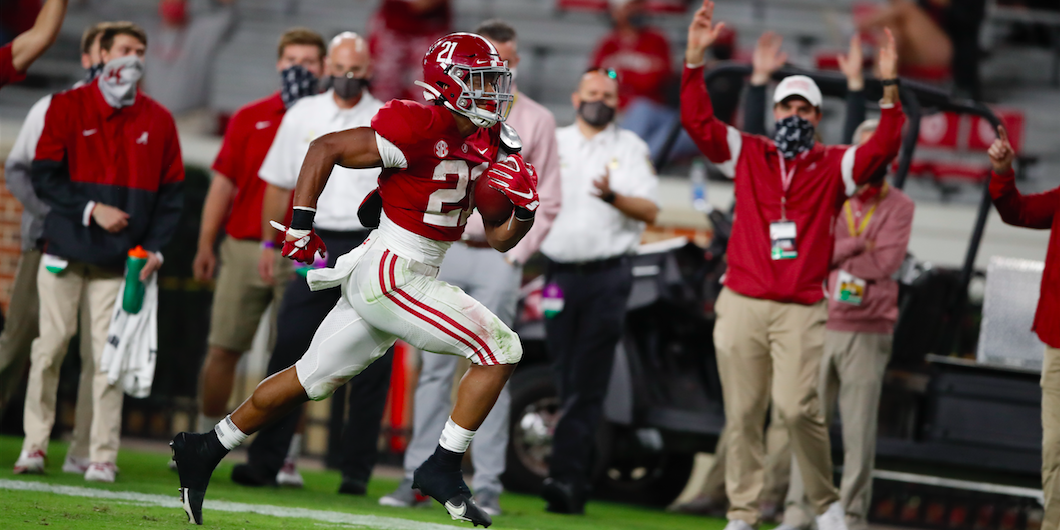 The consensus around the 2023 RB recruiting class is that it’s going to be historical. On Twitter, we sit in an echo chamber where the talk about the 1.01 in Devy leagues is centered around two freshman who have produced: Bijan Robinson and Tank Bigsby. But I wanted to bring attention to a lesser discussed player: Jase McClellan.

Man, I know it’s a really crowded RB room at #Bama – but I LIKE incoming freshman Jace McClellan. It’s a shame he left the opportunity at OU. 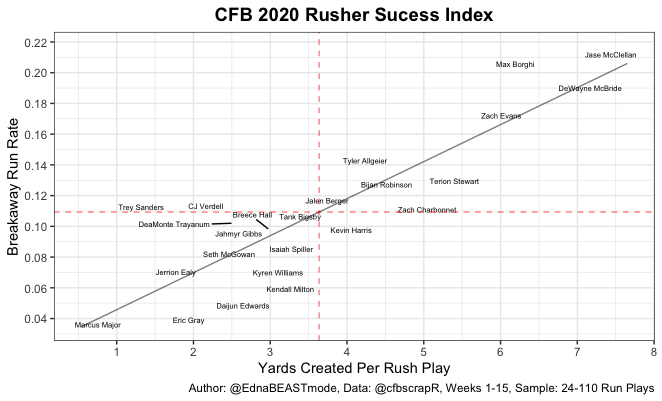 The big difference between these four backs is that Najee Harris was playing ahead of McClellan at Alabama. Meanwhile, TCU, Texas, and Auburn did not have upperclassmen of consequence for Evans, Bigsby and Robinson to compete against. When McClellan was given an opportunity, he excelled in both Breakaway Run Rate and Yards Created per Touch.

Although this is a small sample of only 23 attempts, I do expect McClellan to secure the primary running back role at Alabama, and take the 2021 season by storm. Get your Devy shares of him now in upcoming drafts before he has a chance to really enter the 1.01 conversation.