College football had many outstanding quarterbacks in 2019, from Joe Burrow and Tua Tagovailoa to Trevor Lawrence and Justin Fields. After we get past the top guys, there’s one sleeper quarterback you should be stashing in devy/superflex leagues that you may not be as familiar with:

As a 6-3, 221 pound redshirt freshman in 2019, he won countless national awards, was a consensus All-American, and even won a national championship. His name is Trey Lance and he’s the starting quarterback for the North Dakota State Bison. Coming in as a 3-star prospect per 247Sports, he was the first freshman to win the Walter Payton Award for the most outstanding player in FCS football. Because of this, he was an easy choice for the Jerry Rice Award as well, given to the most outstanding freshman football player in the FCS. Below are all the awards and accolades Lance received in 2019:

The list seems endless, and I’m not done hyping him up. Lance started all 16 games for the Bison and finished undefeated en route to defeating James Madison University in the 2020 NCAA Division 1 FCS Championship Game. 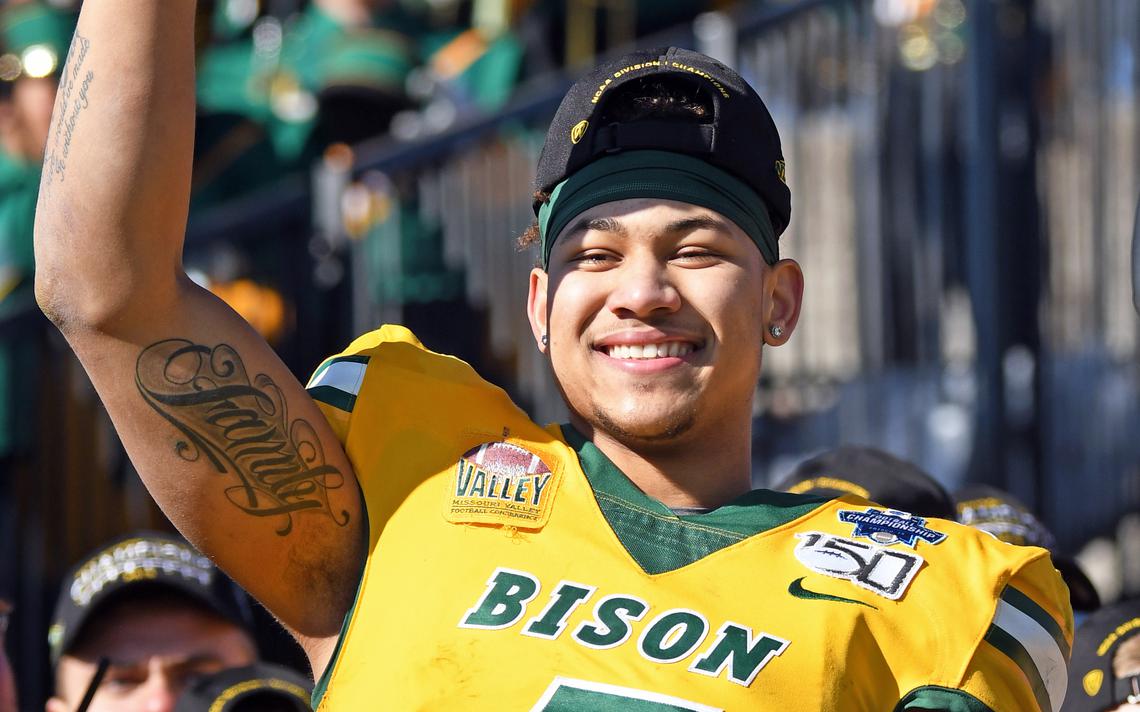 Lance is the true definition of a Konami Code quarterback, accumulating 1,100 total rushing yards and 14 rushing touchdowns on 169 carries in his redshirt freshman season. He looks extremely athletic and is taller and thicker than the likes of Lamar Jackson and Kyler Murray, but rushing isn’t his only strength. Lance is a phenomenal passer, throwing for over 2,700 yards and 28 touchdowns on 287 attempts with a completion percentage of about 67%. The craziest part about his passing stats is his interception total: Zero. He didn’t throw a single interception on any of his 287 pass attempts over 16 games in the 2019 season. 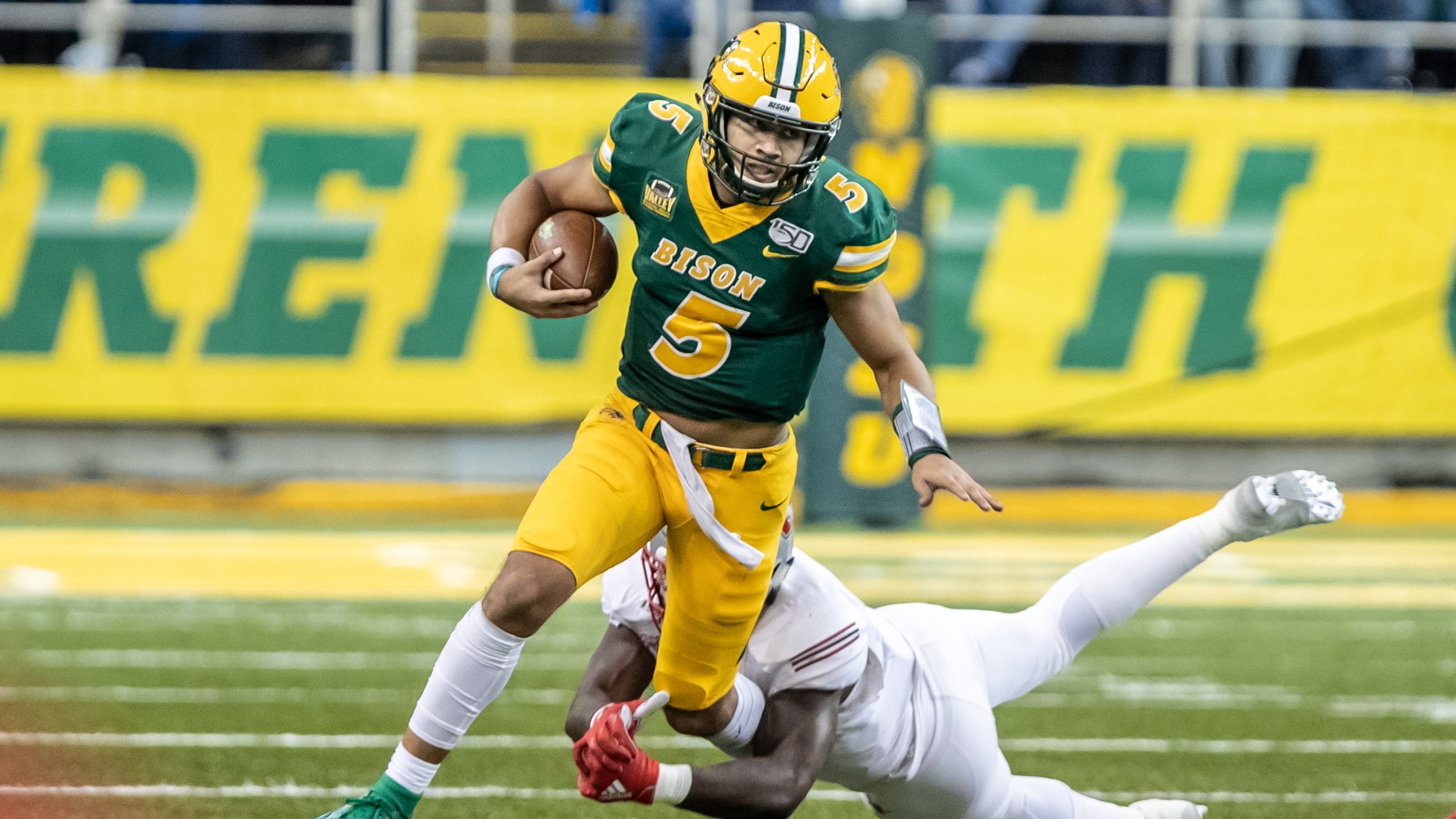 Lance is extremely versatile and adapts to what the defense gives him. For example, against Western Illinois on November 9, 2019, he decided to attack the Leathernecks through the air and finished 17 for 22 with 313 yards passing and 2 touchdowns, while only rushing for 42 yards (one of his lowest rushing totals in 2019). On the flip side, he only went 6 for 10 with 72 yards passing against James Madison in the National Championship game, but he had 166 yards and a touchdown on the ground on a whopping 30 rushing attempts.

He has also shown incredible efficiency, which is very impressive as a redshirt freshman. In his first game as a starter against Butler on August 31, 2019, Lance put his name on the map, going 10 for 11 passing (90.9%) for 185 yards and 4 touchdowns through the air while adding 116 yards and 2 touchdowns on the ground on only 5 carries!

The last two quarterbacks for North Dakota State both went on to be drafted. The most recent, Easton Stick, a fifth-round pick by the Los Angeles Chargers last year in the 2019 draft, and the one before that was the second overall pick in the 2016 draft, Carson Wentz.

I believe Lance will easily be a better NFL prospect than Stick and could sniff some real draft capital if he continues to have success at the college level. Lance is eligible for the 2021 draft, but he will likely come out in 2022 or 2023 since he’s not playing at an FBS school, so he’s a prime stash candidate in devy leagues and a name to remember for dynasty leagues in the coming years.

Hit me up on Twitter @LaneMitchell96 and let me know your thoughts!