We are a few weeks into the college season and several freshman running backs have seen action and flashed what they are capable of including Jahymr Gibbs, Jo’Quavious Marks, Jaylan Knighton and Dillon Johnson.

Meanwhile, one of my favorite backs in the 2020 class, Ashaad Clayton, has been unable to play because the Pac-12 shutdown its season due to COVID-19. Thankfully, they reversed that decision and are set to start their season in the next few weeks, which means we get to see Clayton in action.

2020 was a phenomenal recruiting class with Bijan Robinson, Demarckus Bowman, Kendall Milton, Marshawn Lloyd and others leading the service (ex. 247Sports) rankings. I like a lot of backs in this class and it is very deep, but there were only four I had above Clayton (Robinson, Gibbs, Bowman, and Milton). Clayton has the size, speed, pass catching ability and production you look for in a top prospect that you expect to succeed at the next level. The only knock on Clayton was his knee injury in 2018, but I will dispel that myth in this article.

Clayton played football and ran track for Warren Easton HS in Louisiana, which is one of the top states to put out NFL-caliber talent. In the summer of 2018, Clayton stepped in a pothole on Easton’s practice field which tore ligaments in his knee. Instead of having surgery, he played the full 2018 football season and ran track in the spring before having surgery in May. During the season, he rushed 61 times for 683 and 9 touchdowns while adding 3 receptions for 55 yards and a touchdown. To put his performance in perspective, with a torn knee he accounted for 40% of the rushing production; 41% of the touchdowns; and 28% of offense, while missing two games. During the season he ran a laser 40 time of 4.42 and in track ran a 23.0 200 meters. Again, this was with a torn knee. 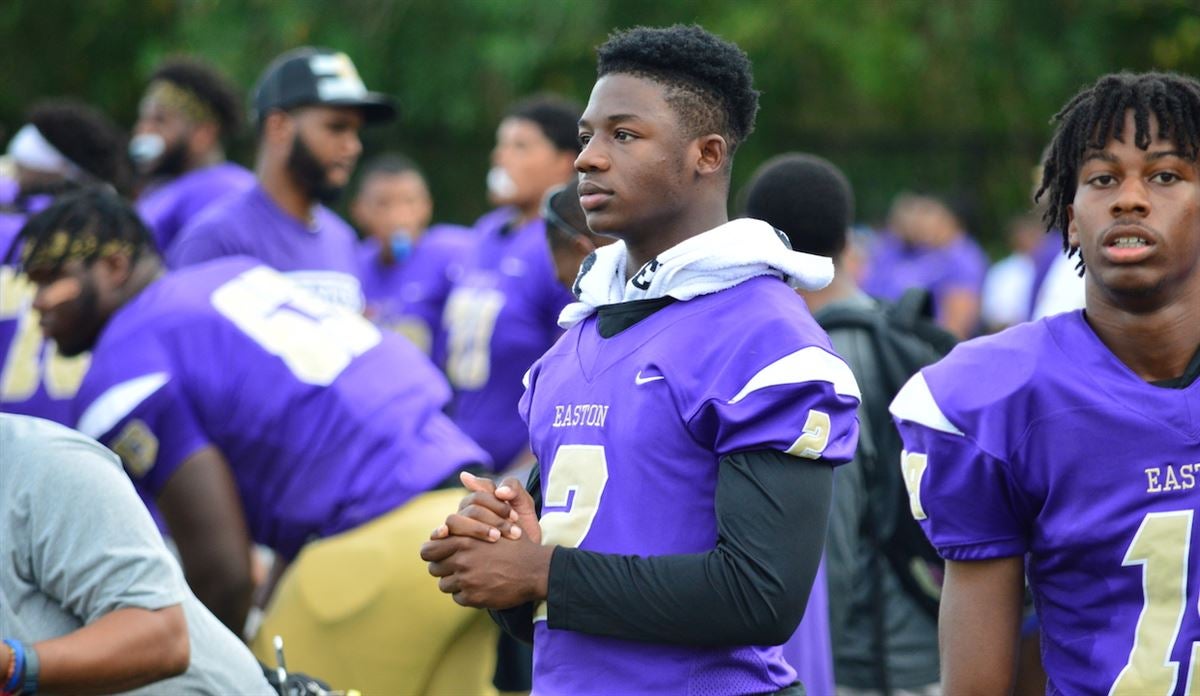 Lance Legendre finds his star RB when under duress. pic.twitter.com/RzaZmTMlEX

Clayton bails out his QB who is going down and turns a sure loss in to solid gain with short area quickness and vision.

Uber-talented 2020 Warren Easton RB Ashaad Clayton (@shaad210) showing off why he’s one of the best in the country in his class pic.twitter.com/6DiWnrBs6d

The vision, jukes and quickness when needed with a torn knee.

Clayton with great vision and decsion to take it outside for nice gain.  Again, 2018 with a torn ligament in his knee.

Toward the end of the season on an injured knee he still sees the hole and no one is catching him.

Ashaad Clayton (@shaad210) taking this one to the house and looking healthy again after having knee surgery in May.

Clayton shows everyone he is fully healthy and you aren’t going to catch him if he gets in the open field.

Clayton sees the block and runs for a touchdown in the championship game his senior year.

Coming off an offseason procedure on his knee, Shaad played his best ball at the right time of the season