Baylor was left for dead after it terminated Art Briles in May 2016 and stared down the barrel of a possible death sentence from the NCAA.  QB Jarrett Stidham announced he would transfer. Seven members of the 2016 recruiting class requested to be released from their letter of intent. And six of the seven commits from the 2017 class de-committed. Baylor ended 2016 with a 7-6 record under interim head coach Jim Grobe and tons of questions. In December 2016, the Bears hired Matt Rhule, which brought a new direction and hope for 2017 and the future.

Rhule immediately set out to bring Baylor back to its recent success. As part of the resurrection, he brought in former 4-star athlete Jalen Hurd to play wide receiver while keeping another under-the-radar wide receiver, Denzel Mims, in the fold. He continued to build the wide receiving corps and in 2018 brought in three more wideouts in the recruiting class. One of those receivers is Tyquan Thorton. Hurd played so well in his lone season (2018) that he was picked in the third round and Mims has draft twitter on fire this year. Meanwhile, Thornton has been ignored by most despite putting up solid numbers the last two years with two great teammates taking away opportunities. Hurd and Mims are now gone, which means its Ty’s time, and I expect him to climb up rankings and draft boards. 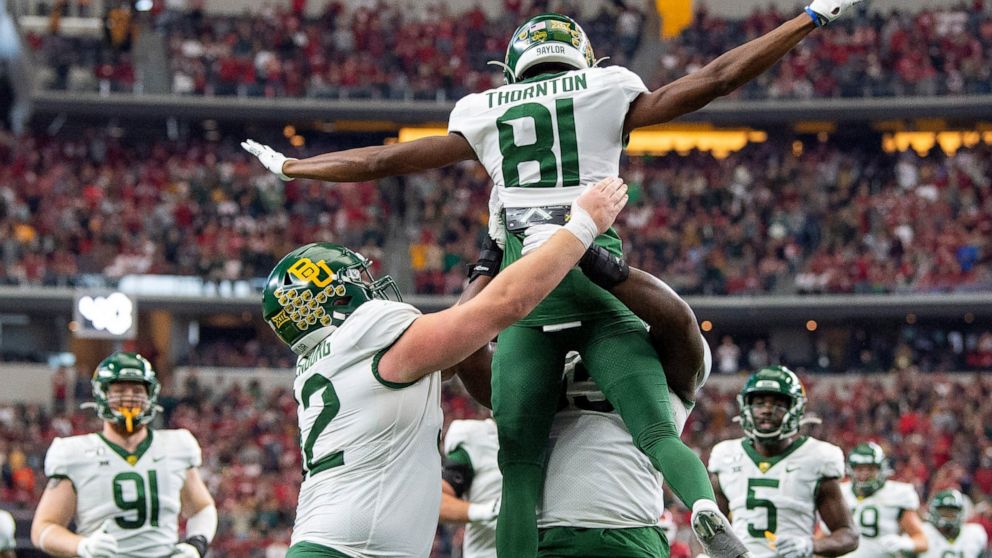 Thornton came out of Booker T. Washington High School in Miami/Dade, Florida, and ranked as the 53rd best receiver in 2018, per 247’s composite rankings. His athleticism flashed with his ability to play numerous positions on the field at a high level at Booker T., a high school that plays against top competition in Florida game in and game out. Thornton’s numbers were particularity impressive in light of the suspect quarterback play that required the skill players to oftentimes have to make the play on their own. In addition to football, Thornton excelled at track, running a 10.6-second 100 meter.  The knock on Thornton during the recruitment phase was his size. He came in at 6’3” but only weighed 165 pounds. That didn’t stop him from dominating top competition, however. One game that always sticks in my head is when Booker T. played American Heritage who lined up cornerbacks Pat Surtain and Tyson Campbell against him. Thornton more than held his own against the top two cornerbacks in high school ranks.

Thornton’s success led him to offers from Florida, Miami, and Georgia amongst others. He initially chose the Gators before flipping to Baylor late in the cycle after Florida’s coaching change. With Hurd and Mims already in the fold and another 4-star wide receiver, Josh Fleeks, coming in the 2018 class, I fully expected Thornton to redshirt. But his talent and skill set proved too much to keep him off the field. As an 18-year old true freshman playing with Hurd and Mims, Thornton accounted for almost 10% of Baylor’s receiving yards and 14% of the Bears’ receiving touchdowns while compiling a 14.93 dominator rating.

Hurd’s departure left a sizable hole in production, but it was quickly filled by Thornton and Mims who easily distanced themselves from the other targets on the team. In doing so, the pair accounted for 51% of Baylor’s receiving yards and 71% touchdowns in 2019. Thornton not only put up the numbers, but was extremely efficient with a team-high 17.4 yards per touch and a 21.31 dominator rating. To put all of this in perspective, R.J. Snead finished the season as Baylor’s third leading receiver with 437 yards on 42 receptions to Thornton’s 782 yards on 45 receptions. Thornton also averaged almost two more yards per touch than Mims.

Thornton has proven that he can put up numbers regardless of competition on defense, or targets on offense. He high points the ball well and has great body control, but his biggest asset is his explosiveness and speed throughout his routes. His body style and frame reminds me of A.J. Green, but with less mass.

The only reservation I have on putting Thornton higher in my rankings is his weight. Despite being in a college strength and conditioning program, he is still listed at only 176 pounds. However, he is only 19 years old and he has time to add the necessary weight to his frame to assuage fears over durability and physical limitations. If he adds that weight, he will surely be a highly-coveted receiver moving forward.  Regardless, Thornton’s numbers and athleticism show he will be successful moving forward and it’s only a matter of how successful. Thornton is going to blow up this season and now is the time to jump on for the ride if you have the chance.