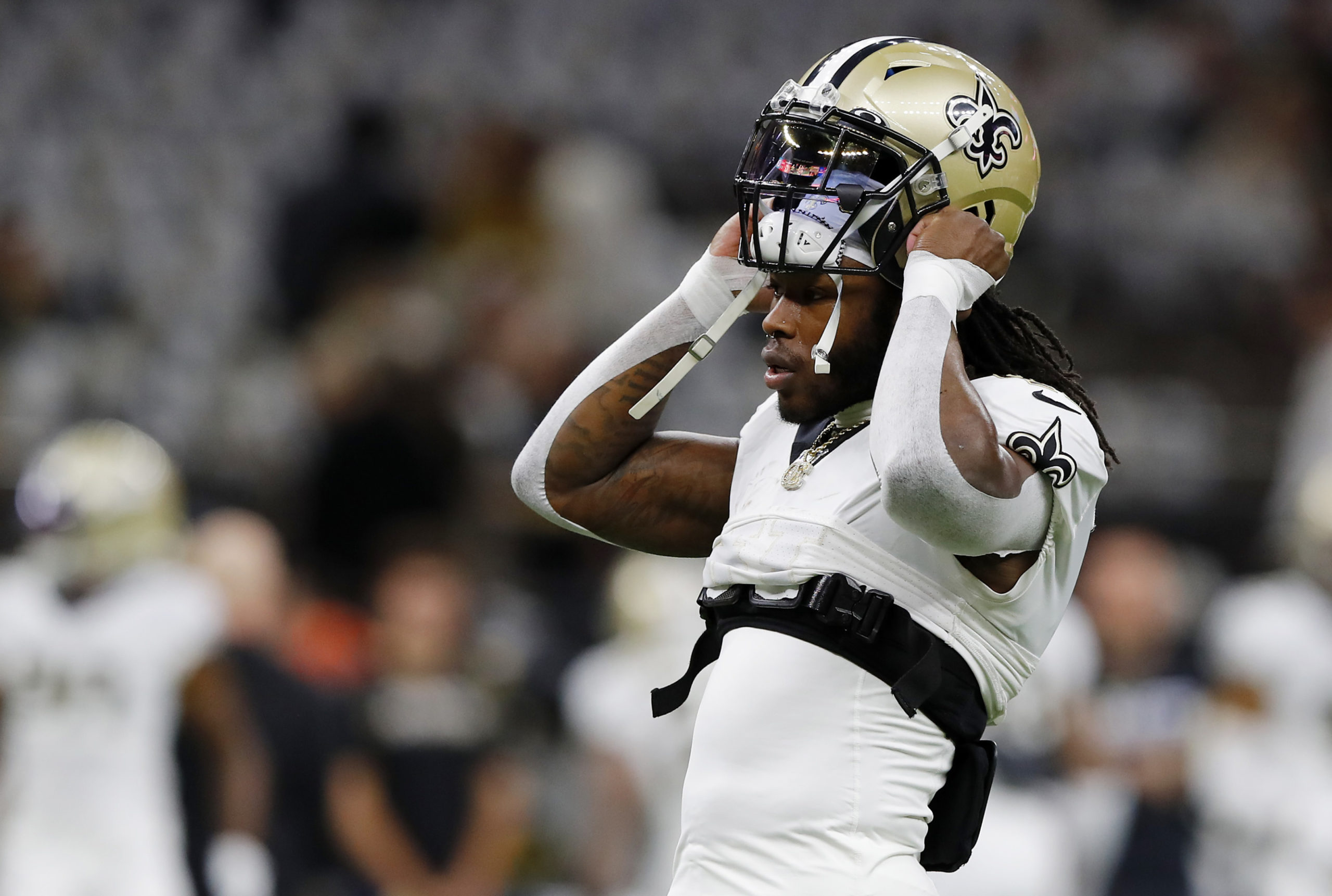 Quarterback rankings already went up, right here; all 30-plus names, broken out by tiers and priority targets (read: “my guys”).

Moving on, now to the running backs. Here, we’ve got 90 players (I think), and I’ve split them out into three groups: The top 1 thru 30, the top 32 thru 60, and 61 thru 90. No need for another lengthy intro as we already got that out of the way in the QB-ranking piece and, most importantly, nobody cares.

People are here for the rankings and rankings only. Let’s get to it: 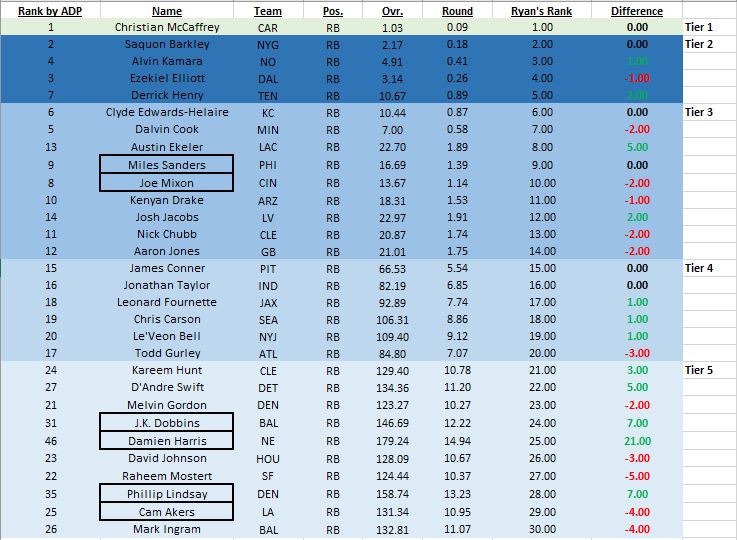 Tier 2: “The big four”, as it were. I’m banking on a huge year from Alvin Kamara now that he’s 100% (think we see Drew Brees take a step back as his career winds down, leaning more heavily on Kamara and exploiting his ability to create).

Tier 3: Lots of talent in this tier, and all players with obvious RB1 appeal. I’m within one or two spots, for the most part, with my rankings versus consensus (notably higher on Austin Ekeler versus ADP). Personal favorites are Miles Sanders, who’s hobbled a bit at camp but reportedly good-to-go to start the season. Joe Mixon has also been absent from camp, although there’s a little more uncertainty surrounding inaction. Regardless, most of what we’re hearing is that he’ll be fine to start the season (contract issues and all that aside, I guess).

Tier 4: James Conner has been a “late-riser” of sorts. I can buy into the bounce-back year for the PIT offense.

Jonathan Taylor profiles similarly to Saquon Barkley and should lead the IND backfield in touches sooner versus later.

I have questions about Leonard Fournette‘s overall talent and ceiling, but when he slides to the late-fourth or fifth-round, or so, that’s free money. Sign me up. 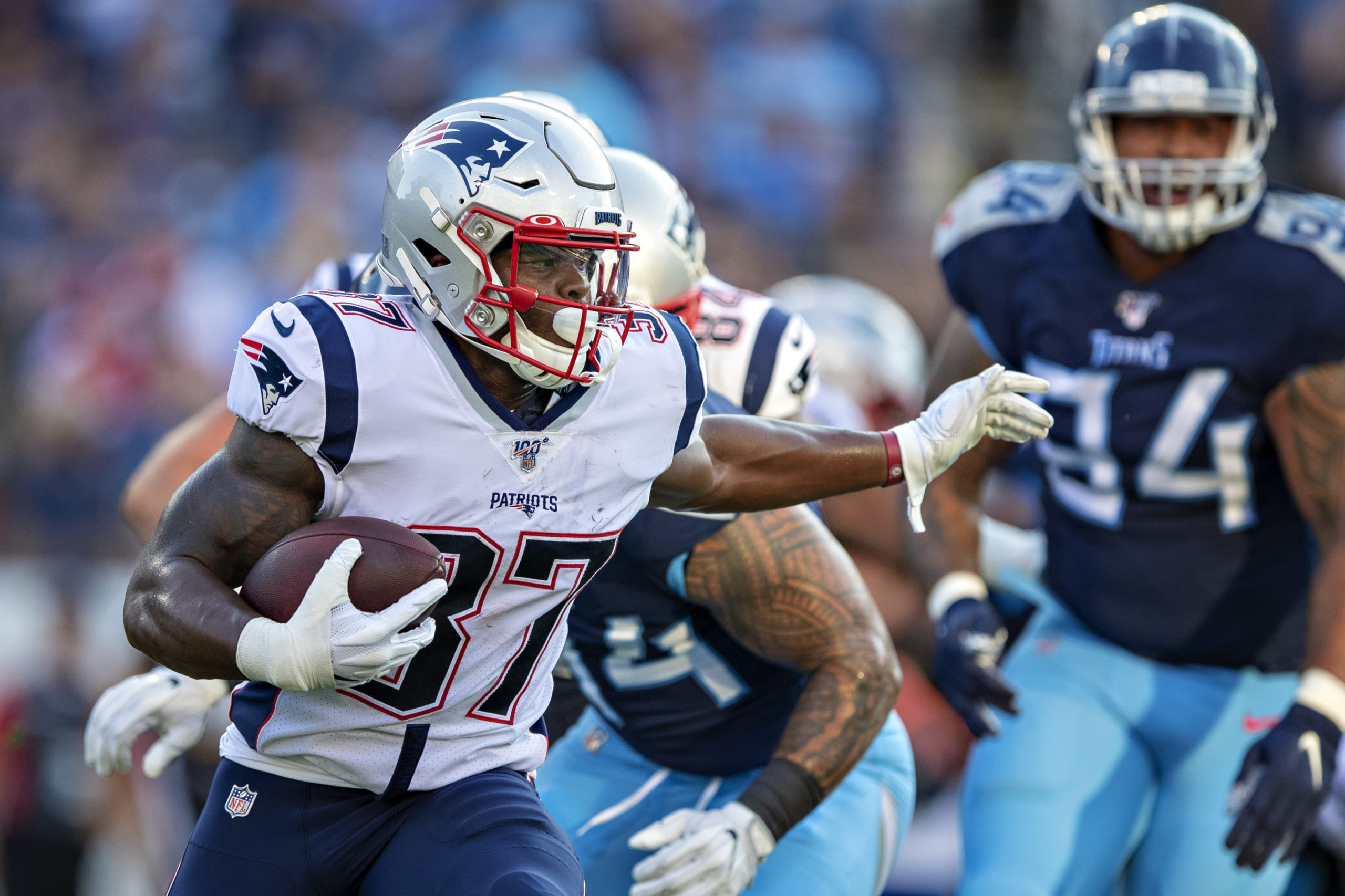 Tier 5: I like this group a lot. J.K. Dobbins, another rookie, has been buzzing since camp started. Easy upside, and league-wining potential. The Ravens’ ground-game, with Lamar Jackson on the cotnrols, is clearly one to target — again.

Damien Harris feels very aggressive here, but I am buying into all the camp propaganda. I’m a believer in the talent, and given all the changes in New England, on the offensive-side of the ball (and Sony Michel‘s health concerns, and question marks about the ability at this point), the window appears open.

Phillip Lindsay will once again force the issue in Denver, despite the Melvin Gordon acquisition. Fade at your own risk. 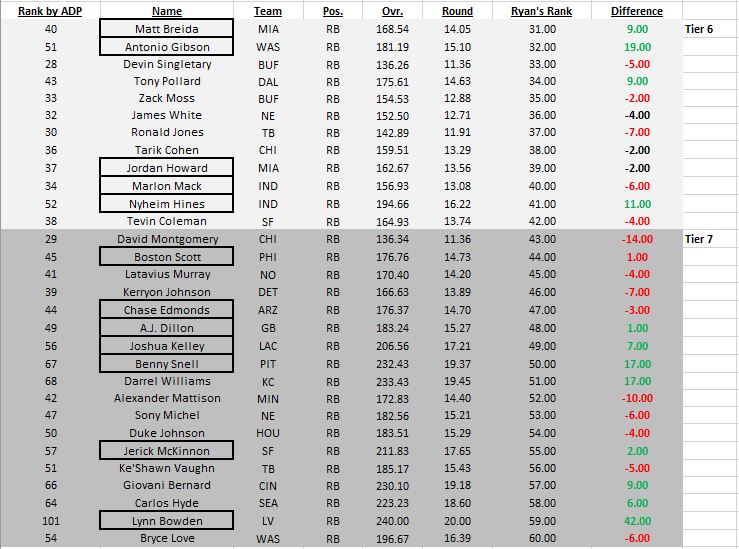 If you have Antonio Gibson higher, I love you, and I respect it.

Nyheim Hines should catch a lot of balls from noodle-armed Phil Rivers; Zero RB target and favorite since entering the league.

Boston Scott has been rising with a strong camp, coupled with Sanders getting dinged up. Should factor-in.

Joshua Kelley has locked up the RB2-spot in Los Angeles; rookie has been rising since the Senior Bowl, really. 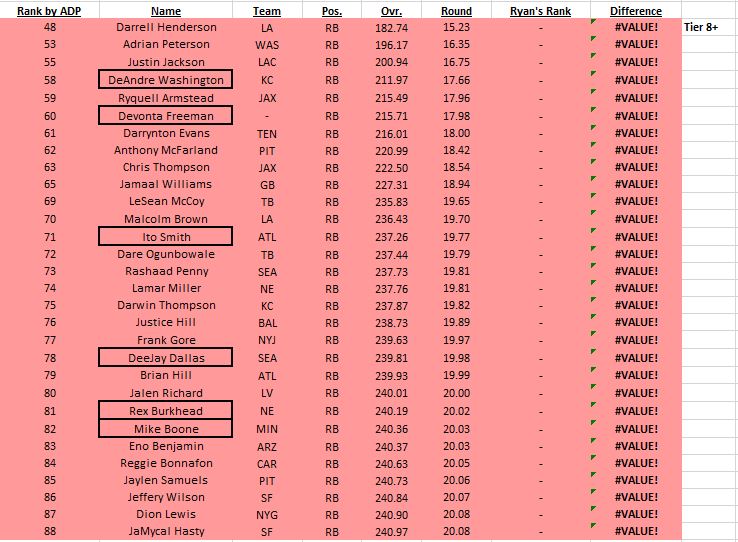 Last group here, tier 8-plus we’re calling it, is mainly made up of round 18-or-later selections. I’ve highlighted my favorites; plenty of pass-catching specialists here that may help round out your Zero RB rosters, for example.