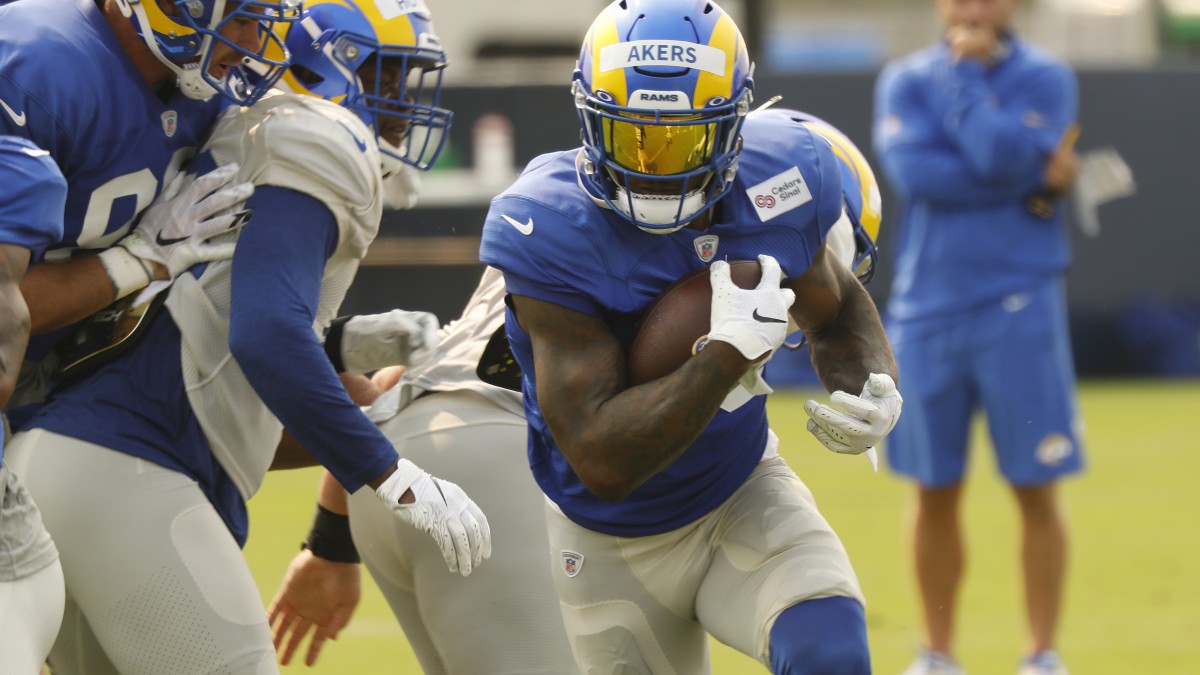 As a Browns fan, I’ve always had one absolute rule in dynasty: Don’t roster Browns players.

Keeping my personal fandom away from my dynasty rosters has given me an edge, especially in home leagues where Johnny Manziel went top-five in one rookie draft. Years of futility have taught me that it’s better to let my leaguemates scoop up the Isaiah Crowell’s and Terrelle Pryor’s of the world, because in Cleveland, the cliff is always right around the corner.

So, after Week 7 of the 2018 season, when an offer came across my screen, I had to rely on my trusty rule to give me guidance. A leaguemate was looking for wide receiver help, and I happened to have A.J. Green on my roster. Green was coming off a 7 catch, 117 yard game against Kansas City, and he’s, well, Green. My leaguemate wanted to acquire him for a rookie runner coming off his first start in which he scored a touchdown: Green, the legend, for Nick Chubb, professional Brown.

Now, don’t get me wrong, I liked Chubb as a prospect, but his injury history, the fact that he struggled to supplant Carlos Hyde, and the current hue of his laundry (a terrible pun, I know) left me uncertain regarding his future. I declined. Green has never been the same after, and Chubb became a stud.

So, why tell this tragic story? Learn from my mistakes; buy-up rookie running backs with incredible prospect profiles before it’s too late because the window will close, and you don’t want to get stuck with a broken down Green-type player.

Moving into Week 6, we are blessed. There are three (Nick) Chubb’s out there. We know these guys were awesome in college, and we know they’re great prospects. The price likely hasn’t skyrocketed yet. Let’s not get cheap or cute on this one. Go get your man.

Dobbins has a paltry 16 carries through five weeks, and yet he’s turned those carries into 126 yards (7.9 YPC). He’s also reeled in 9 catches showing off his bell cow potential. And yes, this is a minuscule sample size, but he also boasts an +88.2 Production Premium (No. 1) and has scored 1.57 fantasy points per opportunity (No. 8) on PlayerProfiler. Straight up, the dude is electric when he gets the ball in his hands. Why the Ravens are keeping Dobbins off the field so much is beyond me.

Dobbins is going to take the lead in Baltimore sooner rather than later; Ingram is looking old and tired as evidenced by his +0.6 EPA (No. 55) and -3.7 Production Premium (No. 36), and he only has 3 catches on the year. Meanwhile, Gus the Bus Edwards has been solid as a between-the-tackles grinder, creating 1.85 yards per touch (No. 11). However, he hasn’t recorded a single catch yet, demonstrating that Baltimore only views him as said grinder. Critically for Dobbins prospects moving forward, Edwards seems to be a between the 20’s guy (only 1 Red Zone touch) and nothing more.

Like Dobbins, Swift has been relatively active in the passing game with 13 catches, but an afterthought on the ground. He has similarly showed his effectiveness in his limited chances with 1.49 fantasy points per opportunity (No. 9) and a +35.2 Production Premium (No. 7). He is most comparable to Miles Sanders on PlayerProfiler, a nice comparison considering Sanders showed off great pass catching ability last year, and Swift is well on his way to matching Sanders’ 509 receiving yards from last year with 124 of his own through four games.

His impediments? Kerryon Johnson who all offseason was like, “Woah, this dude is way better than me”, and the Immortal Adrian Peterson. Peterson, for as great as he has been in his career, has been declining for years. His overall efficiency numbers paint a picture of a 35 year old RB with his -23.5 Production Premium (No. 65) and +1.1 EPA (No. 45). And it just so happens that he is a 35-year old running back.

With Dobbins and Swift, we have been frustrated with lack of touches in offenses that would clearly benefit from giving them the ball more.

With Akers, we see how physically demanding the position can be. In Week 2, he looked like he was going to command the majority of the touches in the Rams’ backfield, but then he caught a bad break: He went out with “rib cartilage separation” and didn’t log a snap until Week 5, where head coach Sean McVay was easing him back into action. In that game, he was efficient, logging 9 carries for 61 yards. This was the encouraging return we needed to see. And in case we forgot the type of runner that he is from his days at FSU where he suffered with the worst offensive line in collegiate history, he has a 29.6% Juke Rate (No. 15) and has created 2.59 yards per touch (No. 4) so far this year.

Now, Akers competition is more interesting than Dobbins’ and Swift’s. Instead of aging stars, he has to deal with Darrell Henderson and Malcom Brown. Fortunately for Akers, Brown is like (Gus) Edwards and (Kerryon) Johnson with his -26.3 Production Premium (No. 66) and -9.2 EPA (No. 123). Henderson, however, is interesting.

Henderson, the Memphis standout, has 4 toucdowns already despite only logging double-digit carries in three games so far, and a +14.3 EPA (No. 4) no doubt thanks to his 13.1 YPR (No. 1). Henderson is absolutely a threat to keep Akers’ reception totals down, but the Rams are here to run the ball (No. 4 in Team Run Plays), and Akers demonstrated pass catching prowess at the college level with a College Target Share of 10.4-percent (78th-percentile).