Dynasty “How To” Guide: Figuring Out You Were Wrong 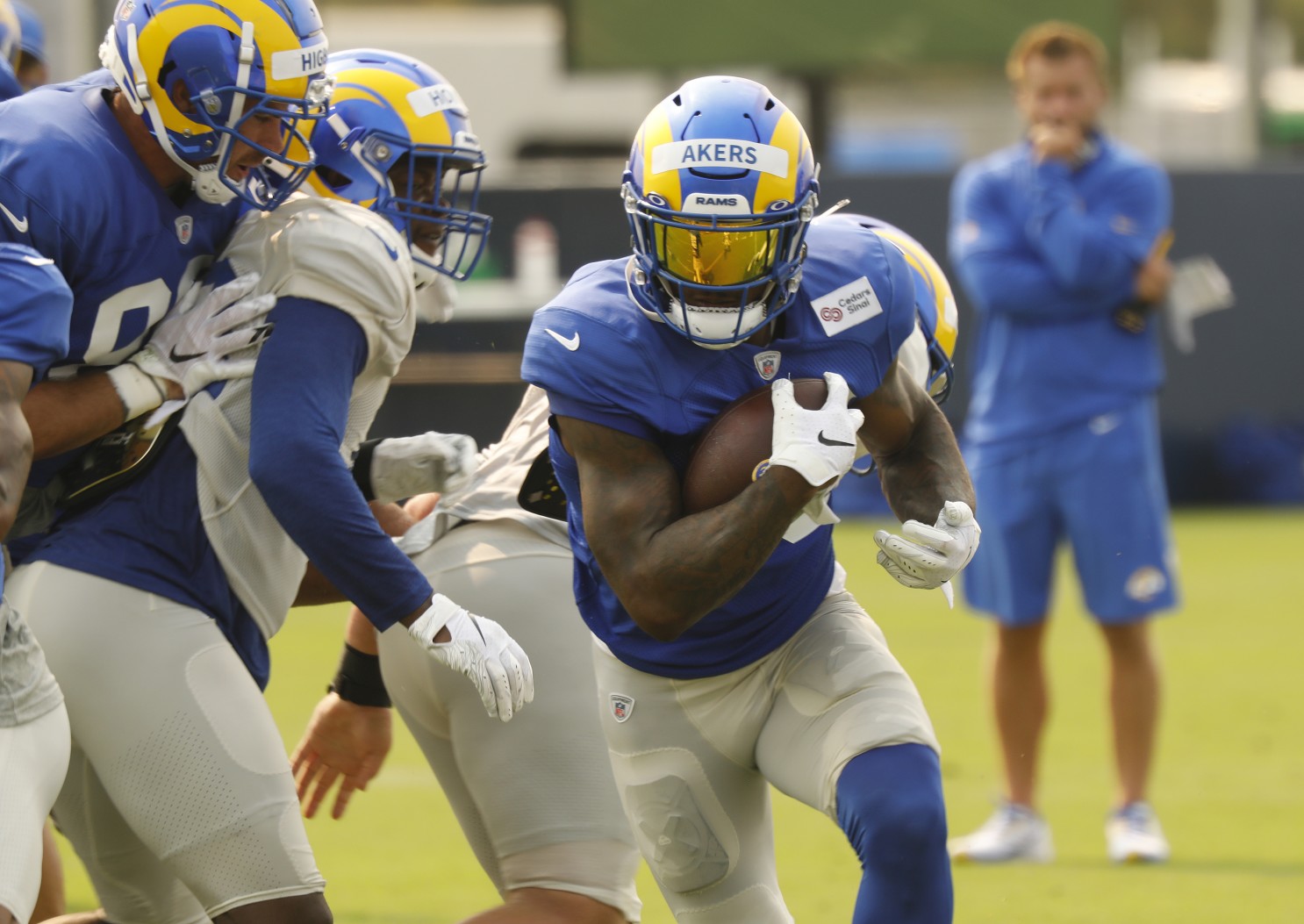 You would struggle to find anyone who came out of their 2020 rookie draft excited about James Robinson.

In most leagues, Robinson went undrafted, and justifiably so. Draft reports from many analysts (your favorite fantasy tout, big media, or otherwise) who are worth their salt had him down as a rotational back at best, most suited to power-work in crowded boxes or short-yardage situations. In one of my dynasty leagues, he was dropped for the Colts’ defense, and that move made sense at the time.

More than halfway into the season, and those who spent a 5th round rookie pick on him (or later, maybe picking him up off waivers), are laughing their way to the bank, having found a stud who looks like he may have the genuine potential of a three-down, workhorse back.

The same kinds of misses happen every year and go down in fantasy legend:

Corey Davis and Leonard Fournette were the consensus WR1 and RB1 in 2017 respectively, going ahead of studs like Chris Godwin, JuJu Smith-Schuster, Christian McCaffrey and Alvin Kamara.

In 2019 rookie drafts, N’Keal Harry was seen as the receiver to target. A year later, Harry owners are kicking themselves for missing out on D.K. Metcalf and A.J. Brown. But at the time, they’d have been applauding themselves for landing a foundational piece for their teams, with the backing of analysts across the land telling them how great a job they’d done. It was the easy choice, after all, right?

Fantasy is a fickle beast, which is based much more on luck than we like to appreciate. We all know this is the case and yet we love to convince ourselves that we’re impervious to this. We acknowledge the articles that tell us that we’re geniuses and we ignore the ones that tell us we’re an idiot.  Even well into the season, or much later down the line, our own biases refuse to let us check out on a player who we were excited about.

So all of this raises an interesting question: What do you do when you realize you were wrong about a player?

There are only three options available to you, the way I see it. In this article, I’ll outline when you should consider each one, and how to tell when it’s time to cut ties.

Please note, this advice should only be taken after consistent under-performance. Please don’t read this article and cut your rookies when they don’t perform in Week 1. Overreactions are never suggested.

The first option in front of you is really the most enticing one:

You studied him pre-draft, you liked the talent, you liked the draft capital, you liked the landing spot. You know the reasons why you drafted him and you can’t tell why you were wrong. You’re not yet ready to give up on the player, even though the evidence in front of you is mounting.

There’s one crucial element here that you need to think about: Why is this player under-performing?

Were there character-type problems in college that you were aware of but thought wouldn’t be an issue in the league?

Did they massively under-perform in training camp and aren’t yet being given the role you hoped they’d get?

Is the problem more coaching-related, or offensive system, than the player themselves?

There’s a reason why they’re not doing what you wanted and it’s up to you to figure it out. Once you’ve figured out the answer here, you have to ask yourself a second question: Is the issue fixable?

If it is, you have to be patient and see what you’ve got. Make a move for a veteran to cover for the player in the short term, and bench them until you can be more certain. You loved the player when you selected him. If they’re not producing yet, you can figure out why, but you don’t think it’s the long-term answer, then don’t give up on them. 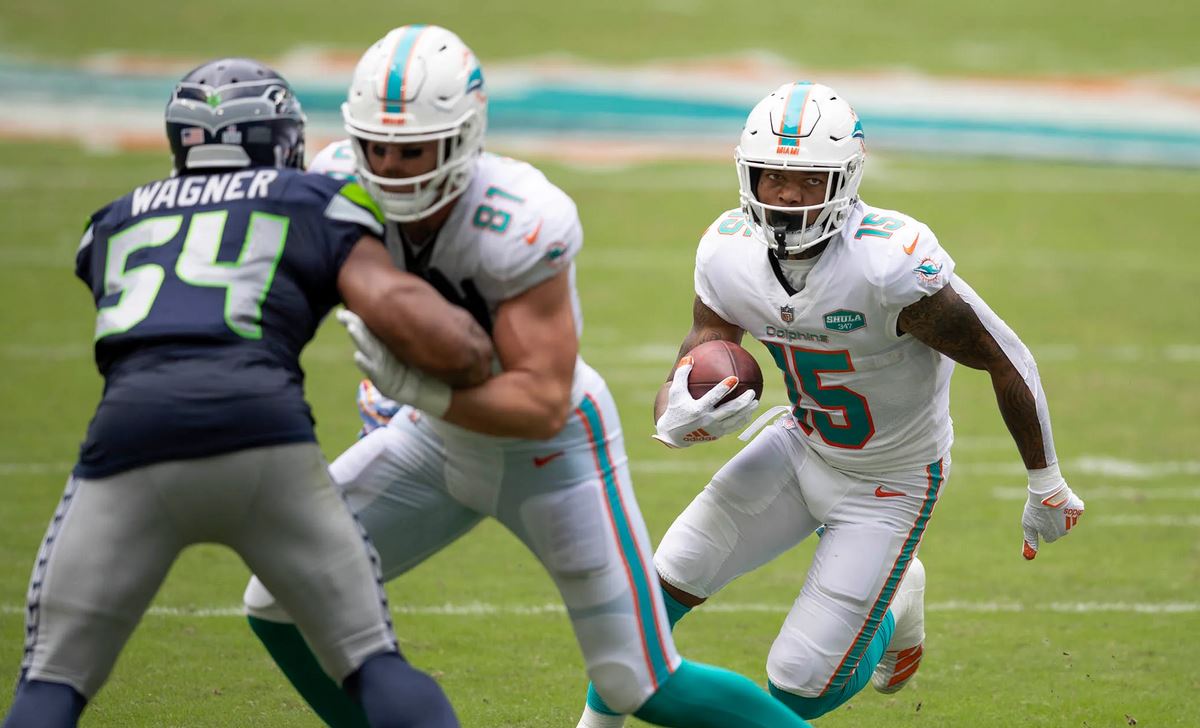 There’s two reasons why you’ve gotten yourself to this step:

The first is that you genuinely cannot figure out the reason why they’re under-performing. If that’s the case, that’s okay; your gut-feeling is telling you that you want out on this player and you’ve made your decision. This is the easiest situation, if you can’t figure out what’s wrong with the player, maybe no one else can either and they’ll offer you value on someone they were targeting in the draft but couldn’t get hold of.

The second reason is that you’ve figured out why they’re under-performing and you think it’s going to be a long-term issue. Some examples of that might be that their skill-set doesn’t seem like it will translate to the NFL. John Ross was a consensus first-round pick in rookie drafts after going to the Bengals 9th overall in 2017, but speed alone isn’t going to cut it in the league. Sure, he’s worth a 70-yard touchdown once a season, but a clever owner will have noticed early on that his route tree wasn’t developed enough to be anything other than a very occasional field-stretcher.

you cannot make this up 😶

With the Bengals down four cornerbacks…

WR John Ross, the #9 overall draft pick of 2017, was excited to contribute…

by practicing at CB…

but on his second snap on defense, came down with a foot injury…

and may now miss multiple games

These players were drafted to play multiple positions, which they could do in college, but turns out they’re not good enough at any position to do it in the NFL. A recent example is Lynn Bowden Jr., a consensus third-round rookie pick, who the Raiders cut their losses on after training camp and traded to the Dolphins.

In this situation, it might be a bit harder, but you have to trust your own opinion. This player is only going to depreciate in value if the issue is really as big as you think it is. This might mean others have figured it out, but smart dynasty players might try and buy at a discount. If you’re smarter, you know the discount won’t matter if the player isn’t going to live up to hype. Plus, it’s unlikely you’ll struggle for a buyer. 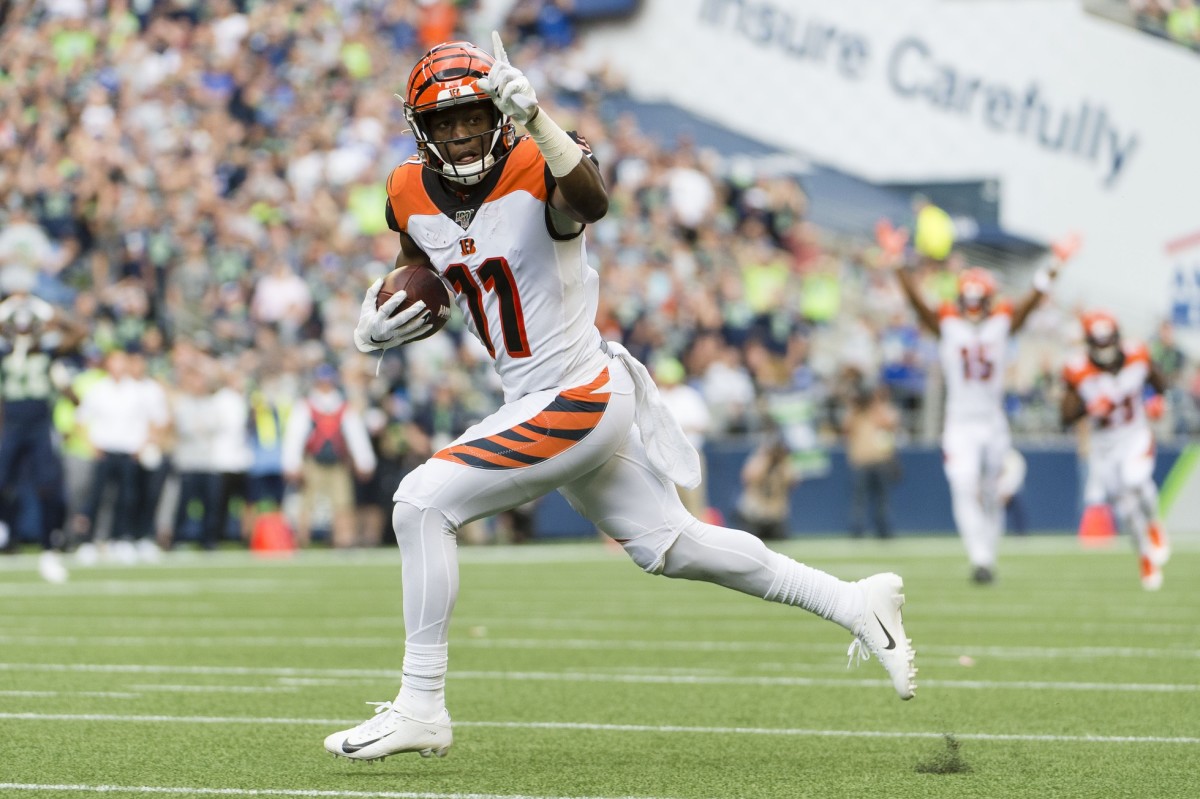 What’s that? You did? You put the player on the trade block and no one bit at all?

He was promoted to the Patriots' active roster today.

If this has happened to you, you have one of two options:

You can try and talk yourself into keeping the player. Maybe your analysis was wrong! Maybe they’ll figure it out, and besides, you’ve got deep bench spots. You can afford to hold.

But that’s the cowards way out.

If you’re confident in your analysis, you have to allow yourself to take the knife to your roster. Cut ties, move on, and pretend it never happened. It’s painful, but like I said at the top of the article: We all miss on players.

Okay, makes sense. How about an example?

To test this out, we’re going to start by looking at one of the most disappointing players of the fantasy (and real) season so far, both from a dynasty and redraft perspective.

If you own him, look away now.

Jonathan Taylor came out of college looking like the best of the class, with incredible production and a frankly, stunning results at the Combine. He was being touted in that Saquon Barkley-tier for a reason.

He then proceeded to fall in an ideal situation behind PFF’s 3rd ranked offensive line, led by Quenton Nelson, to dominate defenses across the league.  He was the consensus 1a/1b in rookie drafts alongside Clyde Edwards-Helaire and there was a lot of excitement, with the only debate being how quickly he would start to dominate on Sunday’s.

Marlon Mack was injured in Week 1, meaning that it was surely only a question of when Taylor would establish himself as a top-5 back, and no longer if (if that conversation was ever really had to begin with).

Since then, it’s been a little rough. His first nine games have seen him rack up 428 rushing yards at a pretty disappointing 3.8 yards per carry. What’s more, his work seems to have been taken by both Nyheim Hines and Jordan Wilkins.

Morale of the story, don’t be married to draft capital

So what should owners look to do with Taylor?

Well, as we can see from the process above, the first thing we should try to do is attempt to identify the reason behind Taylor’s lack of production. There was nothing in particular from college that should have been an issue in the NFL, besides a small fumbling problem which seems to have translated. Therefore, we need to look deeper into the NFL tape to see what the issue might be.

There’s certainly no issue with opportunity and coaching, but when we look into Taylor’s tape, the issue appears to be within his vision (lack thereof). There are multiple examples of him not seeing the correct hole in front of him and running hard into a defensive lineman, or sometimes into his own offensive line. If we look at his recent tape, there seems to be a lack of burst that is different to what we saw in college. Either way, that seems to be problem with Taylor.

When we take this further, we hit the point where we decide if Taylor is a “keep” or a “trade”.

The answer, to me, is that he should be traded. I don’t see this current issue working itself out in a simple way, meaning that Taylor’s high draft capital might mean another dynasty owner is willing to give you more than he’s worth currently.

Often, the key to being wrong is figuring out that you were wrong very quickly and acting on it. 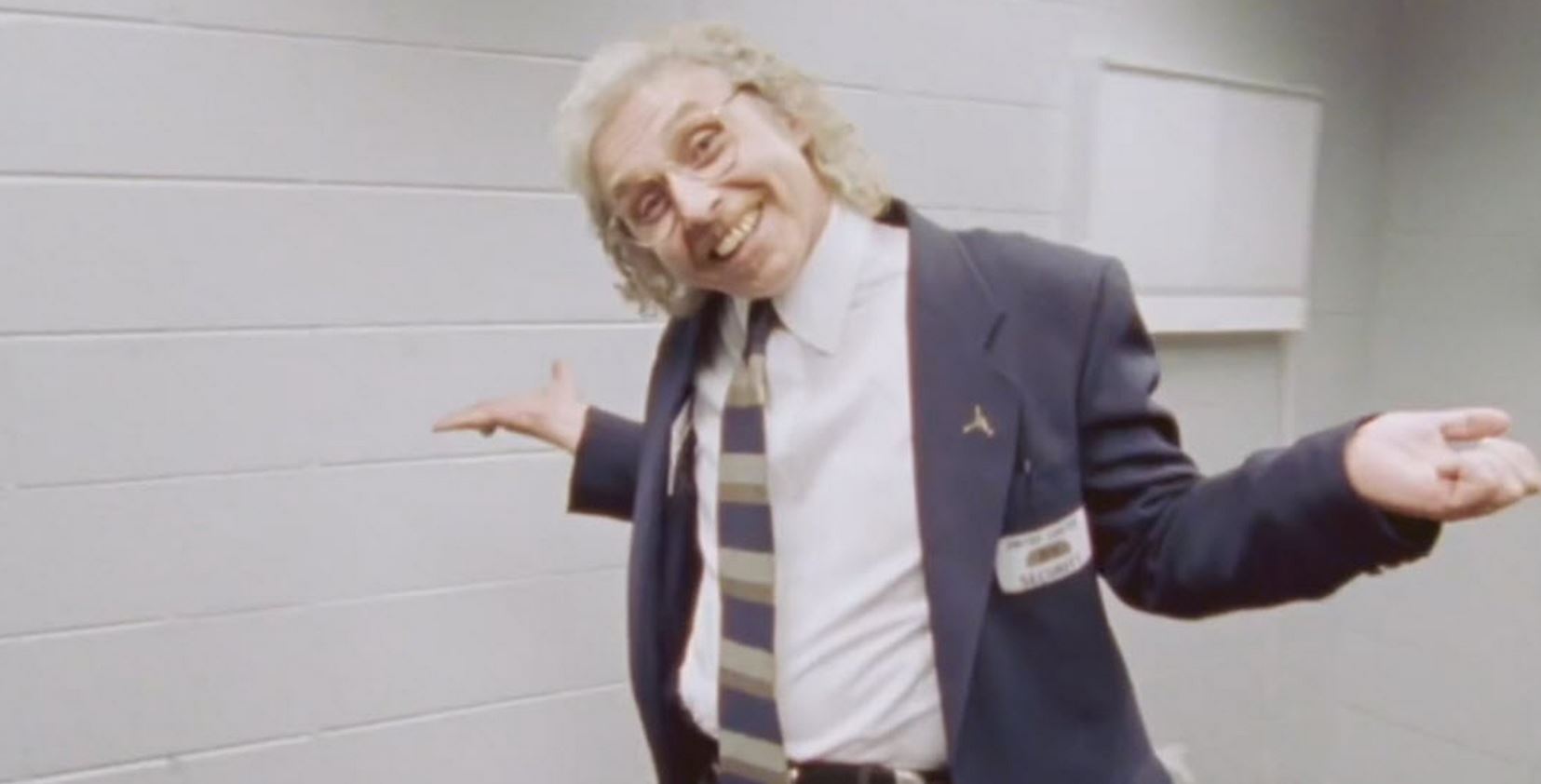