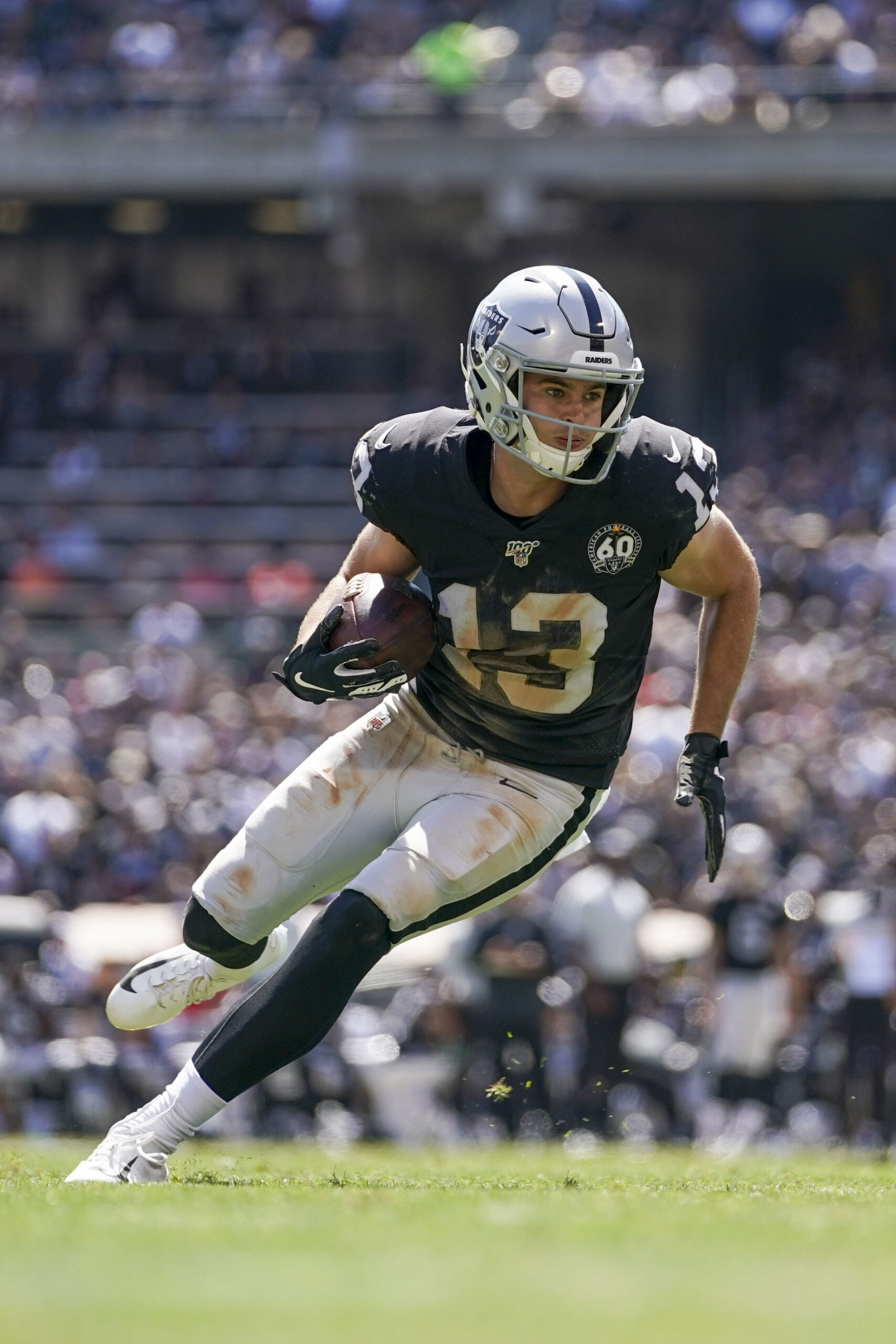 When playing big tournaments (like the Milly Maker on DraftKings, FanDuel, or your other preferred daily fantasy site), game-stacking is a key roster construction strategy. Identifying offenses that will shootout in a given week and selecting the players who will score the touchdowns (often seen in a QB-WR-WR stack) can lead to some crazy-high point totals.

The logic behind this approach in tournaments is that there isn’t a difference between a “middle-of-the-pack” finish and a last place finish: You get nothing. So, polarize your lineups, because as Ricky Bobby reminds us, “If you ain’t first, you’re last”. 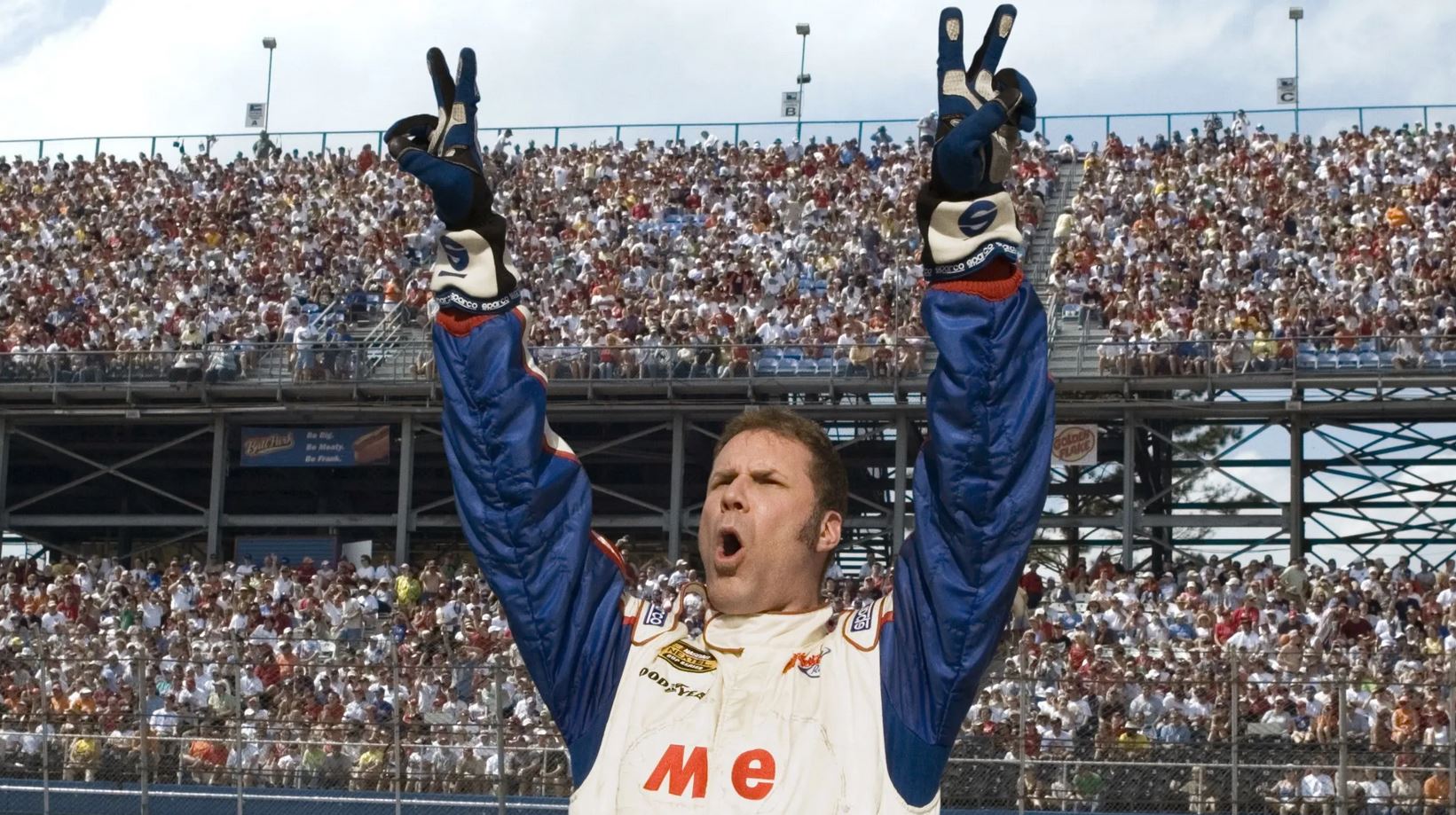 Now I’m sure you’re wondering, “What does this have to do with my dynasty roster?” — and that my friends, is an excellent question.

Following similar logic as DFS grinders but applying that to our dynasty teams: We want have either regular contributors, so we can play them and win championships, or busts so we can get them off our rosters and try with another player. As I mentioned last week, roster-cloggers are the worst. Wide receiver-stacking can offer us that upside of hitting on a starter, while having built in protections against missing out on production in offenses that will score a bunch of points.

It could look like Carolina this year, actually. As a fantasy community, we went into the season confident that D.J. Moore was going to contribute, but we were unsure if Robby Anderson or Curtis Samuel were going to rise up, across from Moore. With this team-stacking roster construction approach, the play was to acquire both since they were inexpensive, and let the situation work itself out. Anderson has been a relative smash (exceeding expectations, anyway), while Samuel is still coming along slowly in spots, but having both gave us a starter for the price of two backups, a deal that should be made every time.

With this example in mind, let’s dig into some affordable receiver stacking options moving forward. Everyone would love to stack in Seattle, but Tyler Lockett and D.K. Metcalf are simply too expensive right now. For that reason, we will use the Dynasty Dominator from PlayerProfiler to help us (If you don’t have the app yet, you absolutely should buy it. It is a go-to resource for trading in dynasty). The current valuation for a 2021 2nd is 44.00; we will go with that number as a guideline for which players can be acquired at a reasonable price.

We all know that T.Y. Hilton is a roster-clogger.

It was a good run, but between injuries, age, and missing his beloved Andrew Luck, it’s over for Hilton. Zach Pascal, meanwhile is just a guy. Nothing on his profile suggests that he has “alpha receiver” in his range of outcomes. He’s able to provide depth for a receiving corps, but his -12.5 Dominator Rating (No. 69) and his 88.1 QB Rating When Targeted (No. 71) leave much to be desired.

Now, the Colts aren’t throwing many passes (No. 27), and Philip Rivers is creeping towards retirement, but the No. 1 receiver chair is wide open in Indy. We obviously would love for both to breakout, mirroring the situation in Seattle, and the Colts could move on from Rivers with a nice QB class incoming, but really, even in a low volume offense, we just need one of these guys to hit and we have a locked in starter for our dynasty squads, since this could easily turn into a consolidated target situation. Fortunately, we have two great options in Michael Pittman and Parris Campbell, both taken in the second-round of the NFL Draft.

Pittman is currently shelved with a calf injury, but has already returned to practice, signaling a return to game action within the next few weeks. While we don’t have much to go on during his time as a Colt (nine catches on 12 targets for 73 yards), his college profile was impressive. The Breakout Finder gave him a 37.8 Breakout Rating, which is right behind Jerry Jeudy, and his Best Comparable on PlayerProfiler is Dwayne Bowe (in a good way). With his 6-4 frame and 4.52 40-time (which translates to a 93rd-percentile Speed Score) and 10.24 Catch Radius (89th) he profiles as a formidable deep threat. Even if he broke out in college a little late (39th), he had above average College Dominator (60th), YPR (62nd), and Target Share (68th).

Campbell is also on the IR, and that has been the story of his short career to this point. He carries an 85.0 Fragility Rating (No. 9) due to an abdominal strain, hand fracture, and foot fracture last year, and an MCL and PCL strain this year. It’s been an absolute mess to say the least.

However, we know injuries are mostly random. Obviously, the lower-body injuries can stack up, but we’re betting that he can bounce-back at age-23. When he’s healthy he is electric. He came out of Ohio State with blazing speed. His 4.31 40-Yard Dash (100th), 117.2 Speed Score (97th), and 135.5 Burst Score (97th) tell us that he can take it to the house anytime he touches the ball. Additionally, he had the best game of his career in Week 1. His six catches on nine targets for 71 yards gave us a picture of what type of volume he could command when healthy. 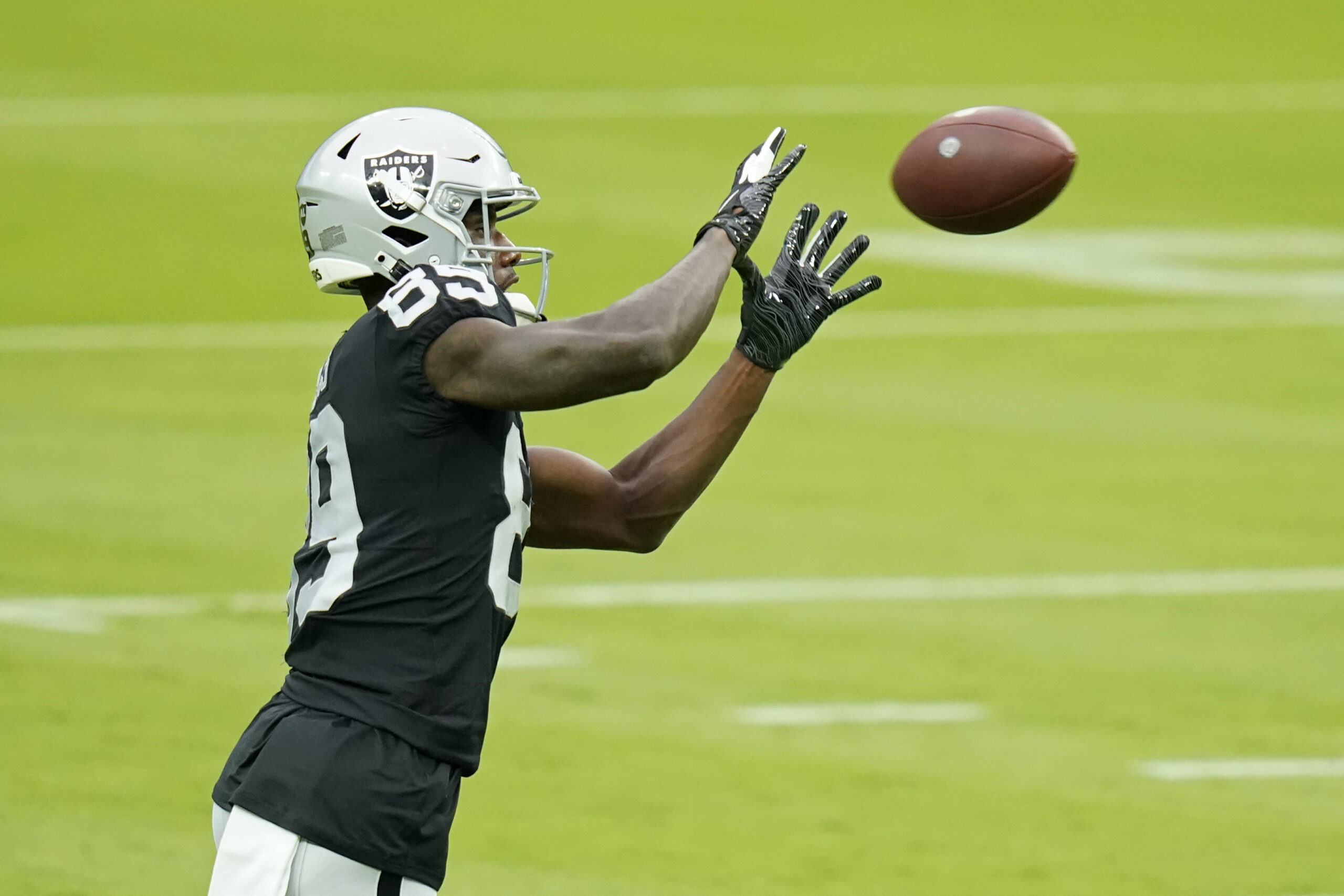 Note: Henry Ruggs III was too expensive for this exercise, though for what it’s worth, I like Bryan Edwards more anyways.

The Raiders, like the Colts, are lacking a true alpha, so even though they’re only middle-of-the-road on pass attempts per game (No. 18), we just need one player to take the lead. Even with less than optimal pass volume, Derek Carr has been solid through six games, indicating that he could support another fantasy starter behind entrenched target-hog Darren Waller. Carr, with his 8.2 YPA (No. 7) and 76.8 True Completion Percentage (No. 5), has truly taken a nice step forward this year.

Breakout Finder darling Bryan Edwards and his 51.5 Breakout Rating (right above Tee Higgins) seems like a perfect option to step into great volume once he recovers from his ankle sprain. Even before his injury, opponents were treating him as the No. 1 receiver, as Stephon Gilmore and Marshon Lattimore were his primary corners when they played.

Edwards possesses an absurd 48.4-percent College Dominator (94th) and Breakout Age of 17.8 (100th), as he stood high above his peers at South Carolina. At 17.8 years-old, Edwards did what Ruggs never did against tough SEC competition: Break out. Now, it’s a fair point that Edwards never played with the talent that Ruggs did, either, but he also didn’t catch passes from Tua Tagovailoa.

Hunter Renfrow isn’t a player that profiles as a prolific producer; he will never possess the upside of Edwards or Ruggs. However, he does look the part of a reliable slot target, and in PPR leagues, he could easily find his way into lineups, especially with injuries and bye weeks always looming.

The best part about Renfrow for our purposes is that he’s cheap. But his cheap price tag aside, he does a few things well: Last year as a rookie, he impressed with a Hog Rate of 16.8-percent (No. 8), leading to .53 Fantasy Points per Pass Route (No. 17). When he was out there, he produced.

So far in 2020, with some more competition, he has settled nicely into his slot role. He has accumulated 139 YAC (No. 26) and has 9.8 Yards Per Target (No.20). All of this makes sense given his 10.99 Agility Score (76th). He should continue to vacuum up those slot targets with room to run in the middle of the field, especially as Ruggs and Edwards get up to speed causing the defenses to respect the deep ball.

The Chargers, with their rookie phenom under center in Justin Herbert, are all of a sudden exciting!

Herbert is taking the league by storm, and doing it in style with his 15 money throws (No. 3) and 5 carries per game (No. 6). He can throw and run? What’s not to like? As a result, Kenaan Allen, has continued to produce at a high-level, dominating with a target share of 30.9 (No.4). He certainly seems to have plenty left in the tank.

However, this is a cheap long-shot stack. Yes, Hunter Henry and Mike Williams still exist. But this audience appreciates the deep cuts, and so we have to dig a bit more for this one. The good news is that these players might even be on your waiver wire, and depending on your rules, they make for great taxi squad stashes.

Jalen Guyton is a 2019 undrafted rookie out of North Texas. After failing to catch on with the Dallas Cowboys, Guyton found a home in L.A. and even played a few snaps in Week 14 last year. This year has been a nice surprise, as he has carved out a respectable role. He’s pulled in three touchdowns and has a snap share of 73.5-percent (No. 63). Where he offers the most hope is with his athleticism. He has some nice wheels with his 4.44 40-Yard Dash (83rd) and also has a 126.3 Burst Score (76th) and 10.99 Agility Score (76th).

Joe Reed, a fifth-round selection, is a fun prospect who impressed as a returner at Virginia.

As a Cavalier, he brought back 5 kicks for touchdowns, resulting in his 78.0 Dynamic Score on the Breakout Finder and an overall Breakout Rating of 21.0. While he never dominated the targets at Virginia, he has excellent athleticism, much like Guyton. His Speed Score of 112.2 (94th) and Burst Score of 126.1 (75th) gives us hope that he can impress once given the opportunity.

For the time being he looks like a gadget player, but he scored his first touchdown in Week 7, running the ball in from seven yards. While he hasn’t contributed in the passing game it is encouraging that the Chargers are looking for ways to get him involved. With his ability to make plays in space he is an ideal deep league stash.