The free agency tampering period started with a bang on Monday, with big-name signings, high-end trades, and crucial re-signings. I take a look at the first fantasy implications for some of the biggest deals that went down on the first day of NFL free agency. 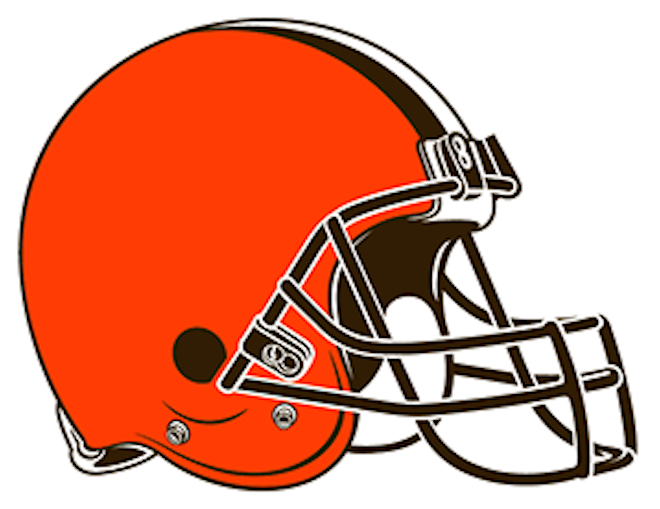 The expectations were sky-high for Baker as he entered the 2019 season. His August ADP peaked at QB4, before eventually finishing at QB10 by the end of the season. It was a disappointing year, but not all hope is lost. At only 24 years old, his 7,552 passing yards and 49 TDs over his first two seasons rank 5th and 3rd highest in NFL history. With the addition of Austin Hooper, Baker now has one of the NFL’s most dominant receiving corps. The biggest worry for 2020 is Kevin Stefanski’s notorious run-heavy game script (52% passing, 48% rushing), as the Vikings had the 3rd-highest percentage of rushes in 2019. Baker’s resume and receiving group will undoubtedly raise his value throughout the offseason, potentially leading to a sell opportunity.

Hooper hit pay dirt this offseason after a big season for the Falcons. He accounted for 18% of targets and 17% of the Falcons’ passing production, finishing as Atlanta’s 3rd leading receiver with 787 yards and 6 TDs while posting career highs across the board. Unfortunately, he leaves an offense that threw the ball a league-high 67% of the time. Hooper goes to a Browns team where Baker only targeted the TE position just 12% of the time in 2019. He walks into a crowded receiving corps and a run-heavy offense led by Stefanski, which only helped Minnesota’s starting tight end Kyle Rudolph to a total of 367 receiving yards in 2019. Hooper should play an every-down role for the Browns, which should help his opportunities in 2020. But I have little faith that he can produce similar numbers to his breakout season in Atlanta.

Injury issues and inconsistencies have left a lot to be desired during Njoku’s time in Cleveland. The former 1st round pick now has to contend for playing time with Hooper and a crowded receiving contingent. The good news is, Stefanski’s offense in Minnesota used two-tight end sets more than any other team in the league in 2019 (57%). The bad news is that it didn’t necessarily add up to a ton of production for the Vikings’ second tight end, Irv Smith Jr.  Njoku is only 24 years old and has 1st round pedigree on his side, making him a potential dirt-cheap buy and trade candidate for Cleveland. 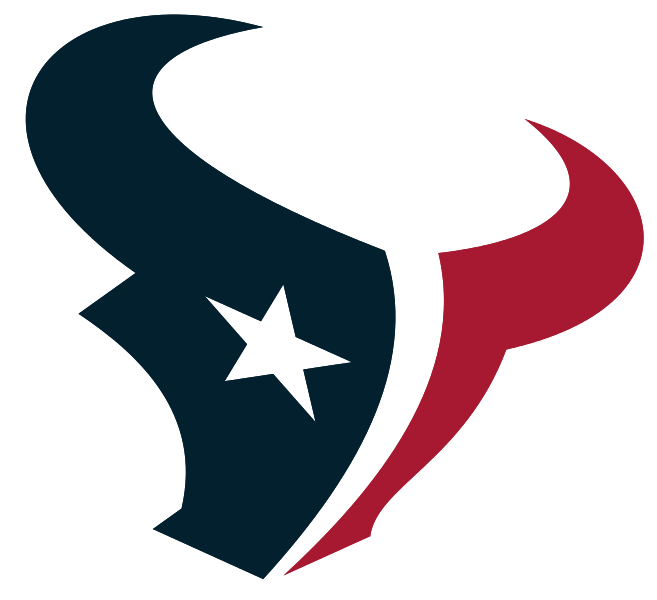 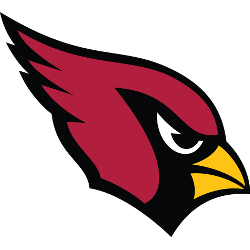 The NFL’s reigning Rookie of the Year will have no shortage of talented receivers at his disposal in 2020. Murray threw the ball 542 times in his rookie season — the 6th most attempts for a rookie in NFL history — and now gets to throw to a wide receiver corps that consists of Deandre Hopkins, Larry Fitzgerald, and Christian Kirk. Keeping opponents honest with this luxury of passing targets should also help Murray improve upon his 544 rushing yards. The biggest question will be the hopeful improvement of the Cardinals offensive line, which let Murray get sacked a league-leading 48 times in 2019, but it’s easy to see why Murray’s stock is on the rise in 2020.

It’s going to be tough for Hopkins to improve upon his 30% average of targets during his time in Houston. But the situation in Arizona is as good as any. He goes from QB Deshaun Watson to 2019’s 1st overall pick Kyler Murray. He joins a pass-heavy offense in desperate need of a true outside threat. It’s hard to envision much of a rise for Hopkins, who has been a top 5 dynasty wide receiver for the past three years. Arizona’s offense will need to become more efficient after failing to produce a 1,000-yard receiver in 2019. Hopkins shouldn’t have much trouble replicating elite production in Kliff Kingsbury’s up-tempo offense (fastest in the league, according to Football Outsiders) — a unit that threw the ball 60% of the time, affording him ample opportunity to build upon an already impressive resume.

It’s not hard to see why Kirk’s value takes a hit with the addition of Hopkins. Although the Cardinals led the league in 4-WR personnel, they failed to produce a single WR with over 805 yards and only had two receivers with more than 380 yards. While it may seem like an unproductive 2020, it could present a few buy-low opportunities throughout the season for Kirk, who should still see his opportunity increase with the eventual departure of Larry Fitzgerald.

It couldn’t have gotten much worse for Johnson in 2020 after falling out of favor in the Cardinals’ rotation and looking like a shell of his former self. The 28-year old running back has seen a steady decline since his 2016 season, failing to surpass 3.7 yards per carry in any of the three seasons following it. The trade to Houston offers Johnson opportunity, which is the main reason for his stock increase, but I don’t have much faith in a big bounce-back. There were only four teams in the NFL who targeted the running back position less frequently than the Texans in 2019 (16%), and Johnson will have to contend with one of the league’s best pass-catching backs in Duke Johnson. David will have to earn his money between the tackles in Carlos Hyde’s old role, something he has struggled with in recent years.

Watson is a special player and should remain high in the rankings going into 2020. However, it’s hard to justify his value holding when he is losing 28.5% of receiving yardage production and 26.9% of his touchdown production with Deandre Hopkins now in Arizona. Hopkins received more than double the number of targets than any other Houston wide receiver in 2019. While it remains to be seen how the Texans will address the wide receiver position going forward, Watson is losing his reliable security blanket and an elite talent at the wide receiver position.

Most people would like to believe this will be a major increase to Fuller’s stock, but he doesn’t profile as your typical WR1. Fuller will most likely remain Houston’s top deep-threat. He will always have the opportunity to explode on any given Sunday, but his injuries and inconsistencies have made him tough to rely on. Stills, on the other hand, could see a major increase in opportunity after starting only five games last year and seeing just 55 targets. The less-flashy but more-durable Stills became a reliable outlet for Watson down the stretch, finishing as the Texans’ 2nd most-targeted WR over the final five weeks of the season (including playoffs). 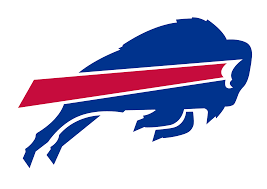 Diggs will presumably walk into John Brown‘s old role atop the depth chart, which was good enough for a 26% target share in 2019. Brown actually finished last year as the WR20 compared to Diggs’ most efficient and productive season in Minnesota, which resulted in a WR24 finish (in PPR scoring). Diggs’ efficiency last year bodes well for his future in Buffalo, where he will walk into a run-heavy, low-volume passing attack that only saw QB Josh Allen throw for 3,089 yards and 20 TDs. Allen’s big arm should help connect with Diggs, who was one of the NFL’s best deep threats, with 17.9 yards per catch in 2019.

As good as Brown was last year, it’s going to be tough to see him replicate any kind of similar production to last year with Diggs in town. Last year, Buffalo’s 2nd leading WR (Cole Beasley) accounted for just 778 yards and six TDs on 106 targets. While still respectable, it’s a far cry from Brown’s 1,060 yards and 115 targets in 2019. Brown should still be able to find his way into your fantasy lineup in any given week, but he becomes a less reliable and more volatile option heading into 2020.

Allen is Buffalo’s biggest winner from the Diggs deal. He gets a true receiving threat to pair with a deeper WR corps that should help keep opposing defenses honest. While his accuracy has proven to be shaky at times, his big arm should help connect with his new WR1 down the field. Diggs was PFF’s number 1 rated wide receiver on deep balls in 2019, which should help Allen improve upon his 25% completion rate on targets of 20+ yard downfield. Considering Allen’s rushing prowess and his new-found weapons, I would still consider Allen a QB1 heading into the 2020 season.

Cousins and the Vikings’ passing game will undoubtedly miss Diggs, who accounted for a massive 31% of the team’s passing yards production in 2019. His 5.9% touchdown rate was a career-best and his 8.1 YPA topped his career average after only throwing the ball 444 times in 2019. That type of efficiency is going to be hard to replicate without his top receiver, who graded out as one of 2019’s most efficient wideouts. Diggs put up 1,130 yards on only 63 receptions. He caught a touchdown on almost 10% of passes thrown his way. There is still a lot to figure out at the wide receiver position for the Vikings, and I am not very confident in Cousins’ chances to return QB1 value in 2020.

The receiving corps of Adam Theilen, Kyle Rudolph, Irv Smith, and to a lesser extent, Olabisi Johnson, figures to see an increase in opportunity following the departure of Diggs. Neither receiver was able to break the 500-yard mark last season, although Theilen (the Vikings’ biggest winner from the Diggs trade) missed six games due to a hamstring injury. After totaling almost 300 targets from 2017-18, Theilen only saw 48 targets in his 10 games. Extrapolated over a 16-game season, Theilen would have only seen 77 targets — a major decrease in volume from the years prior. Entering his age 30 season, Theilen should remain a consistent target for Cousins. A run-heavy game script and signs of a decline began rearing its ugly head in 2019. I fully expect the Vikings to actively target a wide receiver, either throughout the rest of free agency or through the 2020 NFL Draft.