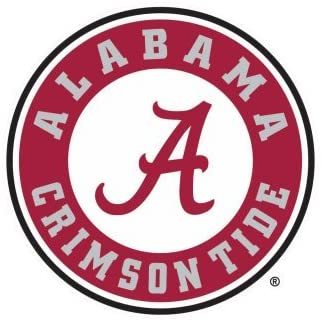 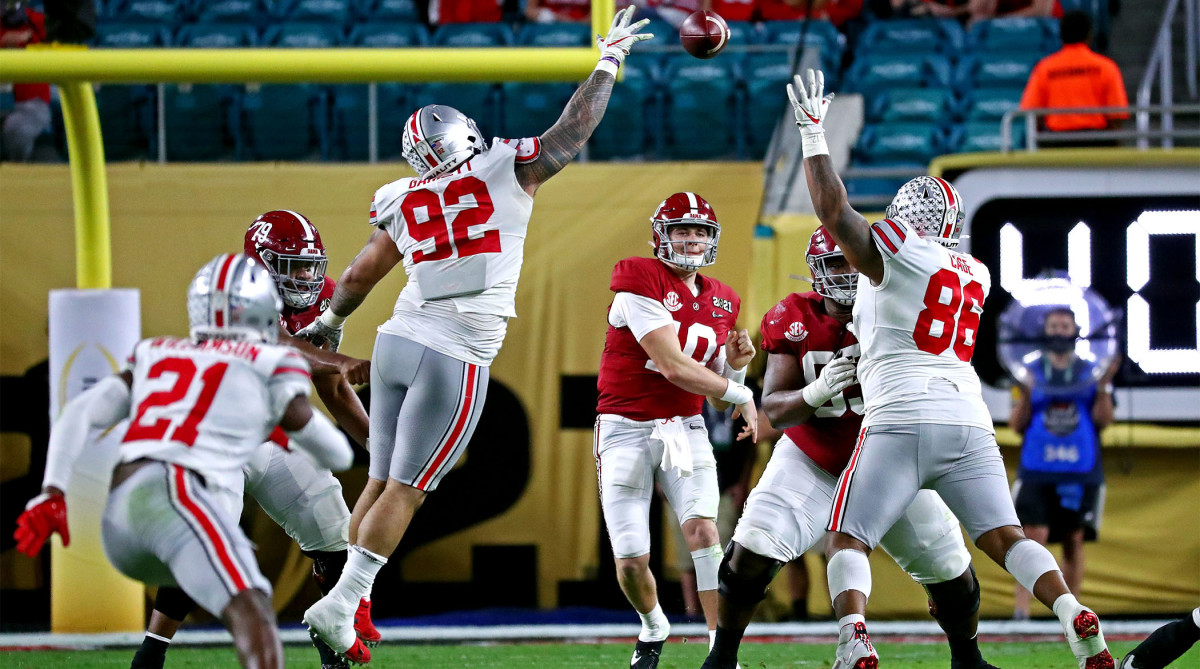 Mac Jones played quarterback at the University of Alabama and operated within Steve Sarkisian’s spread offense primarily from shotgun and pistol formations. Jones was asked to work within the framework of play action and RPO’s as a passer, either having to make a decision or turn his back to the defense on most plays.

He took over for the Crimson Tide in 2019, near the end of the season due to injury, and subsequently earned the starting role for the 2020 championship team, getting 17-of-30 starts in his collegiate career. Jones was a Heisman candidate and set the record for NCAA completion percentage with a 77.4% mark, as well as surpassed Joe Burrow’s NCAA-best passer efficiency rating and set a new record of 203.06.

Jones’ athleticism can best be described as lacking, though he does display good maneuverability in the pocket. He has displayed a fair amount of toughness in his game by bouncing right back up as he was hit, but has not faced a lot of that behind Alabama’s impressive offensive line. Jones displays win-with quarterback traits and ability.

Jones’ accuracy is what stands out the most in his game, and makes up for his arm strength and mobility as a passer. He can put the ball directly onto his receivers in-stride with the best of them. At the snap, Jones’ long, gangly legs make for an awkward looking drop, and can be inconsistent when he clicks his heels rather than steps it back. At the top of his drop, Jones will at times take redundant short steps within a clean pocket, which can lead to defenders getting that extra half-second they need to collapse the pocket.

His release is short and awkward looking, but is effective in getting the ball out in a hurry. He rips his arm forward from a ball positioning lower on his number. His arm strength is adequate, and he underthrows receivers at times when he does not apply an optimal trajectory on his deep balls. His torque comes mostly from his upper body, and when he steps into throws fully he is at his best on passes beyond 20 yards.

His decision making is good in terms of protecting the football and avoiding turnovers, displaying good situational savvy. He is more than willing to check it down to his running back out of the backfield when he does not have someone immediately open. Alabama’s structure made life easy for Jones, as he was rarely required to throw into tight windows.

Jones offers very little as a runner. At best he can maneuver around the pocket to avoid pressure, but is otherwise a statue.