The next BIG thing in New York, Greg Dortch. 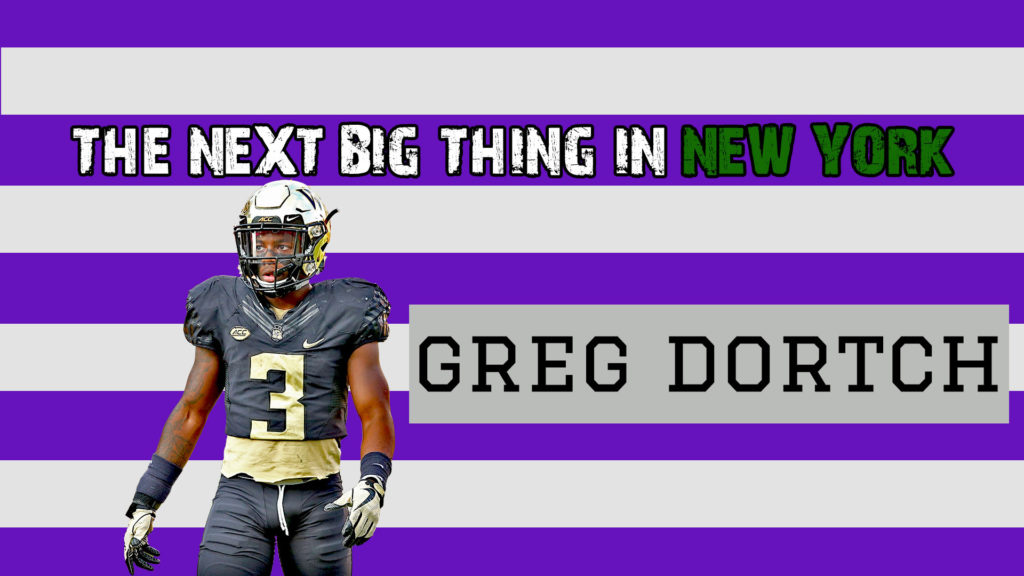 Winning your league takes savvy and, as much as the thought of owning just about anybody on the New York Jets roster aside from Le’Veon Bell (UGH and Robby Anderson) makes you nauseous, give me a chance to persuade you.

Dortch is an undrafted free agent who entered the league as part of the 2019 NFL draft and is an important future piece on the Jets roster. After an impressive college career at Wake Forest where Dortch amassed 1,800 receiving yards, 142 receptions and 17 touchdowns across his freshman and sophomore seasons, he’s looking to make waves at the next level.

Another beautiful throw from Webb on a deep ball to Greg Dortch, phenomenal catch for about 40+…next play again to Dortch over the middle for a nice run after the catch #JetsCamp #Jets

IN HIS FIRST PRESEASON ACTION

After time and time again making big plays in Jets training camp, last week, in his first preseason action, against the New York Giants Greg Dortch found the end zone. Dortch ended up finishing the game with 4 catches, for 20 yards and a touchdown on 6 targets.

But Greg’s contributions didn’t stop after making a few catches and hauling one in for a touchdown.

Step 1: Dress for the job you want. Step 2: Do not wear a Murphy Brown pants suit on a football field. (I have no idea why I typed these lines.)

No matter. Many Jets beat reporters already consider Dortch a roster lock for special teams duties (something the 5’7″ 173-pound athlete is very familiar with from his days as a punt returner with the Demon Deacons). His versatility as a return specialist is his foot in the door to a wide receiver gig on the Jets’ depth chart. In fact, Dortch’s collegiate dynamic score inside the Breakout Finder database is a 15.0, which is good for 10th-highest in the 2019 wide receiver draft class.

Jets first unofficial depth chart is out. Take it with a grain of salt: It was compiled by the PR staff… not the coaches.

Between you, me and the fence post, the Jets depth chart is one of the softest in the NFL this season.  This is exceptionally good news for Dortch, whose chances of playing time on most any other roster would likely be very slim. Currently, the unofficial depth chart has him third in line for slot duties behind Deontay Burnett, whom by all accounts isn’t who fans nor experts consider a hurdle to more playing time for Dortch. The real road block for Dortch is freshly-minted wideout Jamison Crowder, who received a 3-year, $28.5 million dollar contract. But Crowder is coming off a left ankle injury from 2018, and a recent camp injury to his right ankle, which he has since been “cleared” of (yet we know how these things go with Crowder). As a dynasty asset, Dortch obviously has a battle in front of him, but a durability history with Crowder and a potential 2021 contract clause that would leave the Jets with just $1,000,000 in dead money could be just the ticket us Dortch truthers need. 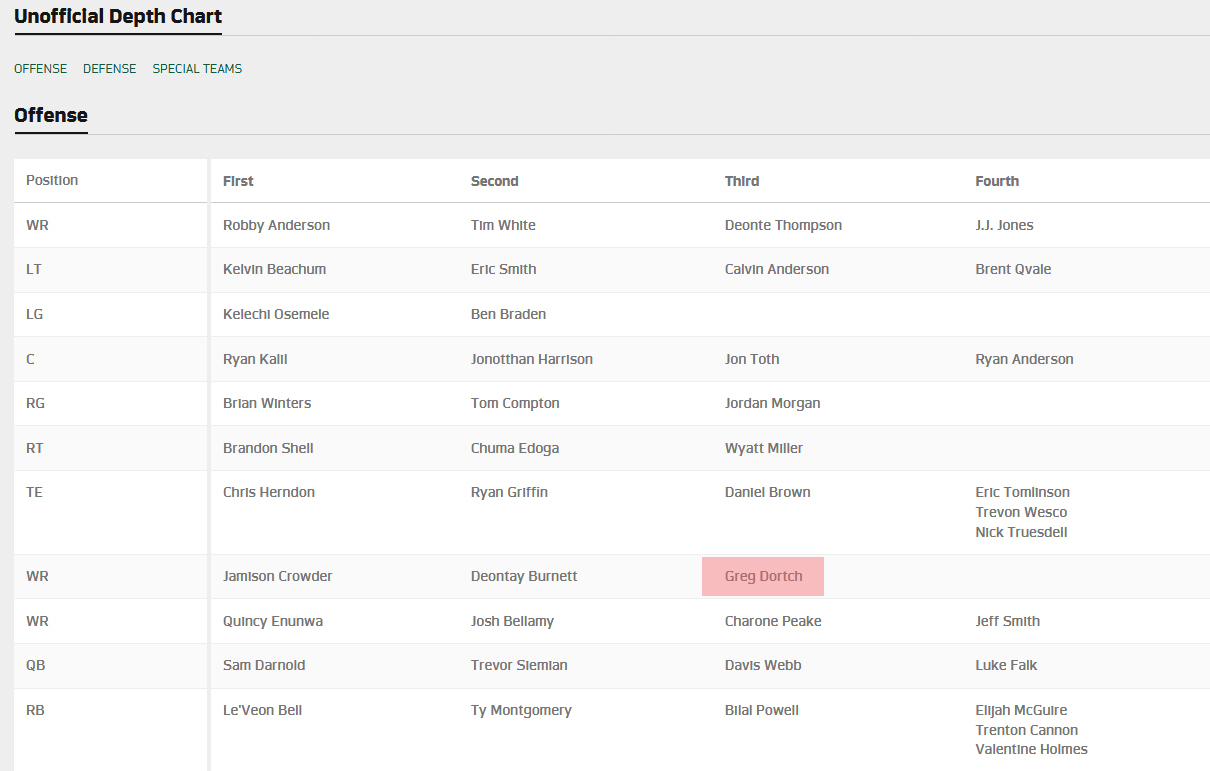 As far as the Breakout Finder’s other two metrics are concerned, Dortch proved he did not need anyone else to be a go-to option in Wake Forest’s offensive game plan. For starters, his teammate score came out to 17.1, which was good for 45th in the 2019 wide receiver class. This score is representative of the fact that Dortch wasn’t necessarily battling for opportunity. But clearly, while receiving the opportunity, he shredded his competition. This detail is actually more impressive when you consider the fact that Dortch had no game-changing talent lined up with him at Wake Forest to take the pressure off himself. Yet, he still put up big-time numbers. Just one look at his PlayerProfiler.com page and you can see why everyone should be much higher on him than they are. An 84th-percentile breakout age and 79th-percentile college dominator rating are signal enough that his size and speed do not define his talent.

I bet some of you are thinking to yourselves, “Well the only reason Dortch was productive is because he faced weak competition.” If this is you, then you’re incorrect. When we look at his Breakout Finder level of competition (LOC) score (which takes into account the difficulty of a player’s road to production), Dortch scored a 42.2, which ranks the diminutive receiver #16 overall in the 2019 NFL draft class.

– Did ALL of that with a broken bone in his wrist

Of course, none of this works if Sam Darnold doesn’t take the step forward he is expected to because, as far as every fantasy analyst in the world is concerned, Robby Anderson is the one and only wideout to own in New York. Yet those of us optimistic enough to recognize an intriguing situation want a hand in the game.

Dortch produced immediately at Wake Forest, against difficult competition. He broke out early. He dominated his team’s receiving production with zero help across from him. He’s a dynamic play maker in space. And he and ended up on a razor-thin depth chart with the New York Jets. Yet you don’t own him. Why?