The Ohio State Buckeyes have one of the most potent offenses in college, led by QB Justin Fields. They’ve had a top 10 college offense for the past three years, and most recently helped Dwayne Haskins develop into a 1st round NFL pick. They haven’t finished lower than 6th in AP’s final poll during the last five years. When looking at other college offensive powerhouses like Alabama and Clemson, devy owners have been salivating over the potential of 2020 5-star QBs Bryce Young and DJ Uiagalelei – who are presumed to eventually walk into loaded situations following the departures of Tua Tagovailoa and Trevor Lawerence.

All of this has me wondering: Why is nobody talking about C.J Stroud? 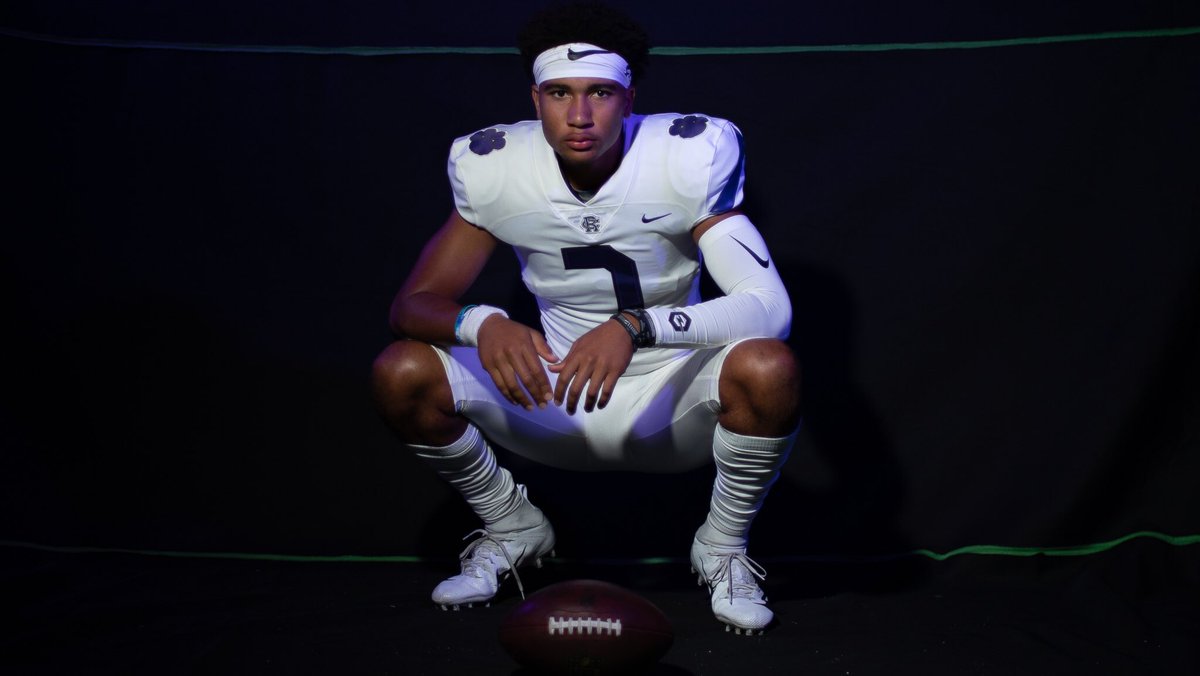 Stroud is a recently-appointed 5-star QB, hailing from Rancho Cucamonga, California. He finished as the nation’s second-ranked pro-style QB (and a top 50 player overall) by 247sports. His recruitment interest rose quickly, starting as a 3-star prospect before he put up 3,878 passing yards and 47 TDs with only nine interceptions at a 65.9% completion rate. Stroud’s activity escalated further after an MVP showing at The Opening and Elite 11 finals. 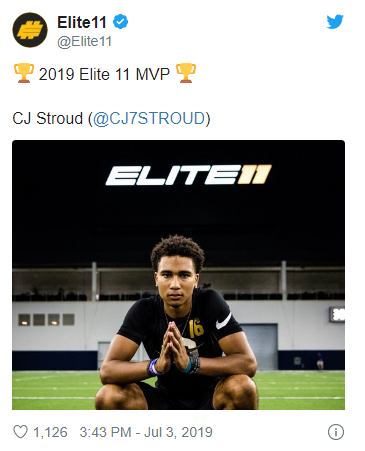 Uncommitted QB CJ Stroud having one of the best day one performances at the Elite11 Finals: https://t.co/Gv4uVSx4Vy pic.twitter.com/rhEaRLre2D

Stroud received over 15 offers including offers from Michigan, Georgia, UCLA, and USC, among others. He eventually decided to take his talent to the Buckeyes, where the depth behind starting quarterback and Heisman favorite Justin Fields is questionable at best.

Ohio State head coach Ryan Day will need to start preparing for life after Fields, with a QB room that consists of:

In OSU’s recent spring practices, Stroud was third in the rotation behind Hoak and Fields. It’s not surprising to see a true freshman earn his reps behind a senior, but I expect Stroud to make a case for QB2 by the time the season begins. He drew rave reviews from quarterbacks coach Corey Dennis in his first week of practice, showcasing his slippery mobility and big arm while connecting with fellow freshman WR Jaxon Smith-Njigba. Stroud is familiar with Njigba. The two spent plenty of time together during the practices leading up to the All-American Bowl.

The All-American Bowl has been the playground for future #Buckeyes WR Jaxon Smith-Njigba. CJ Stroud on the throw. https://t.co/3C7o5zOLuN pic.twitter.com/9n5BgJhov9

Stroud also had the opportunity to develop some chemistry with fellow Ohio State commit Julian Fleming, the #1 overall WR in the 2020 class.

Speaking of pass catchers, let’s talk about the receivers room. OSU has been a monster at recruiting over the past few years, leaving no shortage of talent at the receiver position. Stroud could be walking into a passing offense that includes:

That’s a lot of firepower for a young quarterback who’s ready to step up his game.

Stroud stands at a solid 6’3″, 205 pounds. He’s a little lean, but has plenty of time to bulk up. Stroud is known for his big arm. The ball shoots off his fingertips, showcasing powerful velocity and the requisite trust in his arm to hit the tight windows.

Stroud shows a natural feel for the pocket, displaying a Deshaun Watson-like escapability as he glides through traffic. His fundamentals tend to get a little sloppy — especially his throwing motion — but he does an excellent job of throwing on the run and finding targets downfield when he is outside the pocket.

Stroud is never going to put up gaudy rushing stats, and his speed isn’t going to wow anybody (he runs a 4.85 40), but he isn’t a statue out there, either. He knows how to turn it on when he needs to.

Stroud’s start-up ADP in Superflex currently sits around 75, according to devywatch.com. That sandwiches him between Miami QB D’Eriq King and Mississippi State QB K.J. Costello, making him a current value-buy when comparing him to his 2020 counterparts Bryce Young and D.J. Uiagalelei, who sit at #36 and #37, respectively. By this time next year, Fields will be heading to the NFL as a 1st round pick, and devy owners will be scrambling to grab Ohio State’s next quarterback. Do yourself a favor. Keep C.J. Stroud in mind as you get deeper into your 2020 devy drafts.