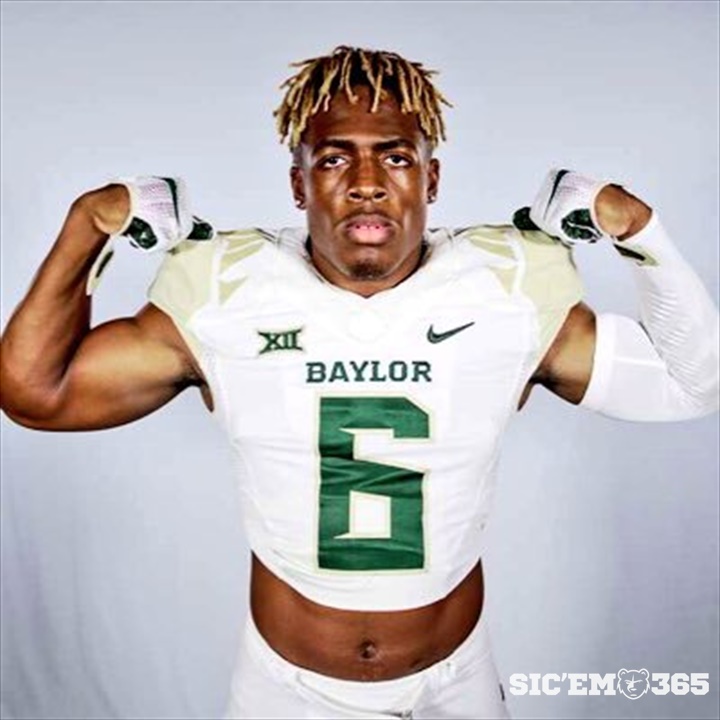 Talk of the 2019 running back recruiting class was dominated by guys like Trey Sanders, Zach Charbonnet, John Emery, Jerrion Ealy, and several others, but was not known to be very deep. (Breece Hall became a fan favorite after his freshman year, although he is not high on my list.)  Regardless, in my experience, devy players tend to put a laser focus on the top guys and forget to do their due diligence on the remainder of the class. Based upon the drafts I have been involved in the last two years — and current devy ADP — that appears to be the case with Baylor running back Qualan Jones, who is more talented than almost all of the 32 running backs that were ranked above him in 247’s composite rankings.

There are many things that go into my evaluation of a high school player and whether his skills will translate to the NFL or not. However, one of the biggest traits for me at the skill position is athleticism. If you love athleticism and SPARQ athletes, then you will love Jones, who is a freak.  He stands at 5’11″ and weighs 230 pounds with a forty time of 4.49 seconds, a 100-meter score of 11.39 seconds, and a 23.13-second measurement in the 200-meter run. Jones blends a rare combination of build and speed that instantly sets him apart from other players on the field and when you watch his tape you see that athleticism transition to the field.

Jones’ counting stats during his high school senior season weren’t massive as he shared the field with another senior. However, he was far more efficient with his touches and easily should have seen more work. Jones accounted for 43% of his team’s rushing yards on only 30% of the attempts. He averaged 11.2 yards per carry while accounting for 35% of the team’s rushing touchdowns. Meanwhile, the senior he shared the backfield with averaged just 7.6 yards per carry. I have seen Jones knocked as a passing game concern. Yet he accounted for 15% of his team’s yards and touchdowns on only 11% of the receptions while averaging an insane 23.2 yards per catch. Also, when you look at the film of him catching, you see a guy who can catch. He’s not a liability.

Jones signed with Baylor over other options, including Texas A&M, to play for Matt Rhule. Based on what I saw on the roster, I expected Jones to see significant time as a freshman. However, that wasn’t the case. I watched Baylor’s games and felt they could have used him more, so I delved further. What I found is that while Rhule doesn’t have a long history as a head coach, the data shows he isn’t a big fan of playing younger guys. This is something I have been focusing in on recently because it’s important to understand why a player may not have had an early breakout age and/or affect other analytics we look at. Rhule was trying to win a title and he leaned on guys who were on the roster for a little while. To me, he would have been better served playing Jones, but I guess I shouldn’t second guess a guy who had a top team and transitioned into the NFL.

What I can do is second guess devy players who have passed him over already, and let you know that the coaching change has only increased his value with other players dropping due to their circumstances. Baylor’s new staff brought in Larry Fedora who runs the spread and has a history of running the football well and using his best athletes in all phases of the game. I personally watched him improve the University of Florida’s run game each year he was the RB coach/OC and he continued that trend at Southern Miss and UNC, including putting Gio Bernard and Elijah Hood into the league. Fedora has an athlete at the position more talented than anyone he has had since Ciatrick Fason at Florida. Now is the time to get Jones at little cost and reap the rewards.