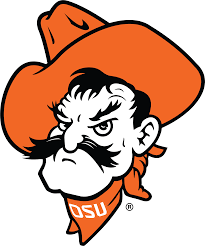 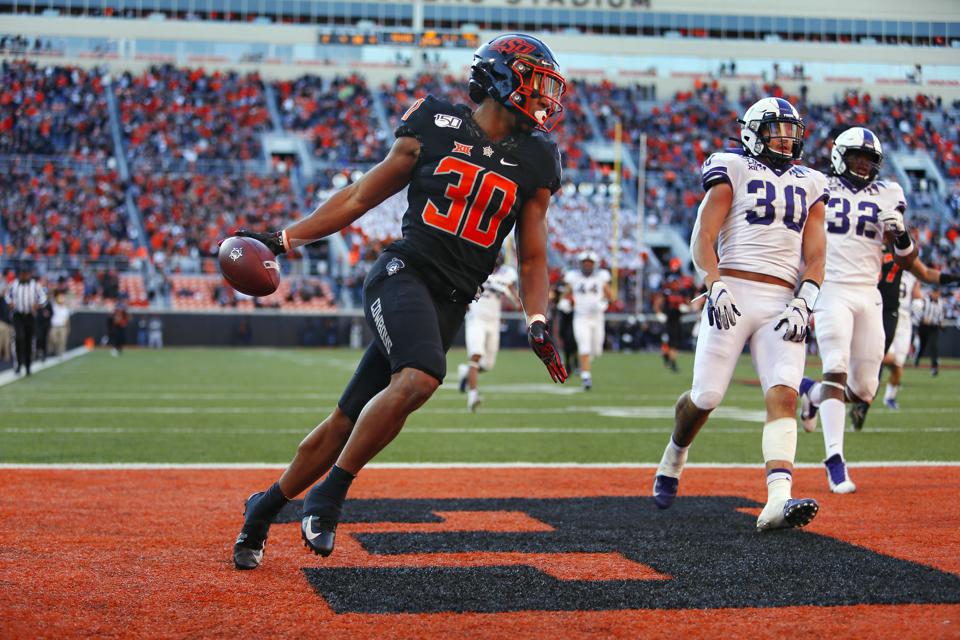 Chuba Hubbard played running back at Oklahoma State, finishing 800 yards shy of Barry Sanders’ career rushing record for the Cowboys. He was featured in a zone-heavy scheme that frequently utilized RPOs and option runs.

Hubbard started the final four games of his redshirt freshman season, seizing and holding the starting role through his final year at Oklahoma State. In the middle of the 2020 season, he sustained an injury to his right ankle that led him to opt out of the season altogether and prepare for the NFL Draft.

A track star who ran a 10.55 100m at the 2015 IAAF World Youth Championships in Cali, Colombia, Hubbard sports a tall, lean body with a narrow base. He has a tendency to take plays off when he does not have the ball in his hands. He also returned kicks in his freshman season, and can be a game-breaker in that area given his speed.

Hubbard’s greatest attribute in the run game is his ability to take it the distance. With his track background, he can outrun just about anyone on the field. He benefited from wide open running lanes in 2019, and was able to utilize that speed to its fullest extent. When things get murkier, however, he becomes a dancer in the backfield. His eyes are looking for a cutback or bounce instead of pressing the line.

He has some wiggle, but struggles to keep his feet underneath him and loses his balance at times. When running into contact, he lowers his pad level and occasionally is able to continue past first contact, but balance remains an issue. His acceleration is fast, and he can get to top-speed in an instant, though his ability to destroy pursuit angles is how he creates most of his elusiveness. Hubbard has a good knack for manipulating blocks and forcing defenders to commit to the wrong side, creating space for himself to accelerate up the field.

Hubbard had a lot of practice adjusting to poorly thrown balls out of the backfield at Oklahoma State, and provides steady production as a pass catcher. There is not much nuance to his game, but he can at least be trusted to be a reliable checkdown option at the next level.

Pass protection does not come naturally to Hubbard, and he shows either a lack of effort, awareness, or occasionally both as a blocker. He cannot be trusted to protect the quarterback, showing no instincts or intelligence in blitz pickup. His technique in pass pro lacks strength, though he can occasionally dial up a cut block if the game is on the line late in the fourth quarter.

Chuba Hubbard projects as a change of pace back best used on first and second down, but lacks the pass catching upside to overcome his poor pass pro skills as a third down back.