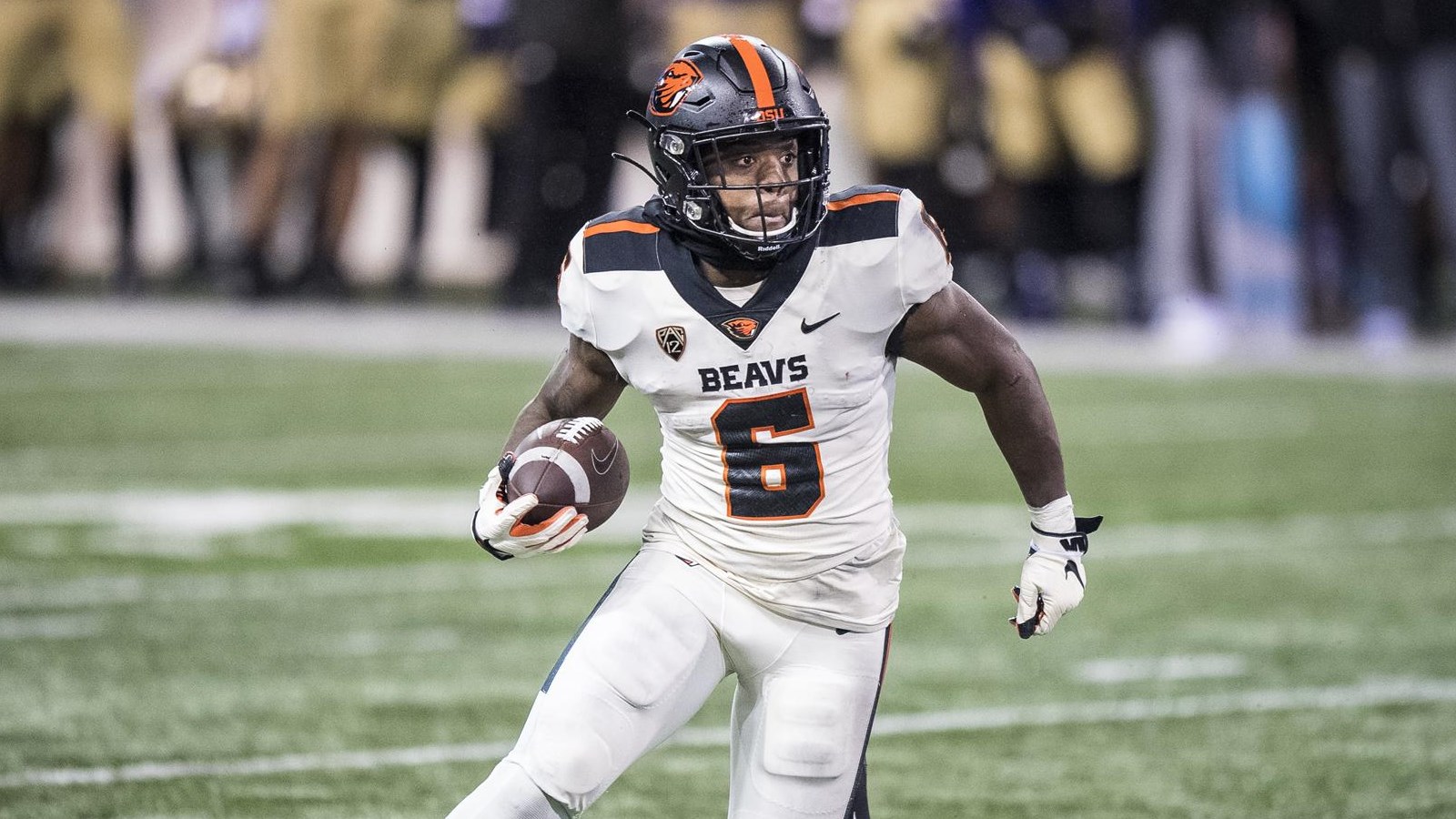 Jermar Jefferson played running back at Oregon State University, featured in an inside/outside zone heavy offense. Jefferson started producing immediately as a freshman at OSU, but injuries to his ankle derailed his sophomore season and the entire PAC 12 faced a shortened schedule to due COVID-19 in 2020. He looks like a sprinter on the field, with sudden speed to reach his top-gear as soon as a lane clears in front of him. Given his build, he boasts solid athleticism and does not struggle to outrun most of the defenders in pursuit. Jefferson seems to lose a bit of his edge as a runner as the game progresses especially when leaned on significantly.

In the run game, Jefferson is a home run hitter. When he sees the hole open up, he can instantly get to the second level. He is not a punishing runner, but has enough power to win his share of battles against linebackers in the hole on short yardage plays. He lacks experience as a gap runner, and is sometimes too eager to bounce plays to the outside. His ball security in college was poor and will need to be a point of emphasis for him to improve before he can be trusted to protect possessions at the next level, where defenders will be even better at stripping the ball away. Jefferson has a good amount of wiggle to him, and gets defenders off balance to take on half a man rather than running through them. He is a good open field runner in that respect, and wins one on ones more often than not. His footwork as a runner needs more polishing, occasionally taking false steps that get him out of sync with the rest of the play. Jefferson trusts his eyes and is good at identifying cutback lanes when the defense over-commits, capable of hitting big plays with ease.

Jefferson did not have much of an opportunity to produce much as a pass catcher at Oregon State, but appears to be at least proficient in that area of the game. He does not have a well-tuned catalogue of routes he can run, but if asked to run a swing, arrow, or screen, he can at least be an outlet for a checkdown if there is nothing downfield. He looks overwhelmed in pass protection, and is often lucky if he gets a piece of his defender. Jefferson was used mostly as a chipper, but when he was asked to stand in and protect for a full play, he displayed sloppy footwork, was often off-balance, and was not stout in the face of contact.

Jefferson profiles as a two-down backup at the next level, but is a home run threat and can be a contributor if he can improve his ball security and pass protection.