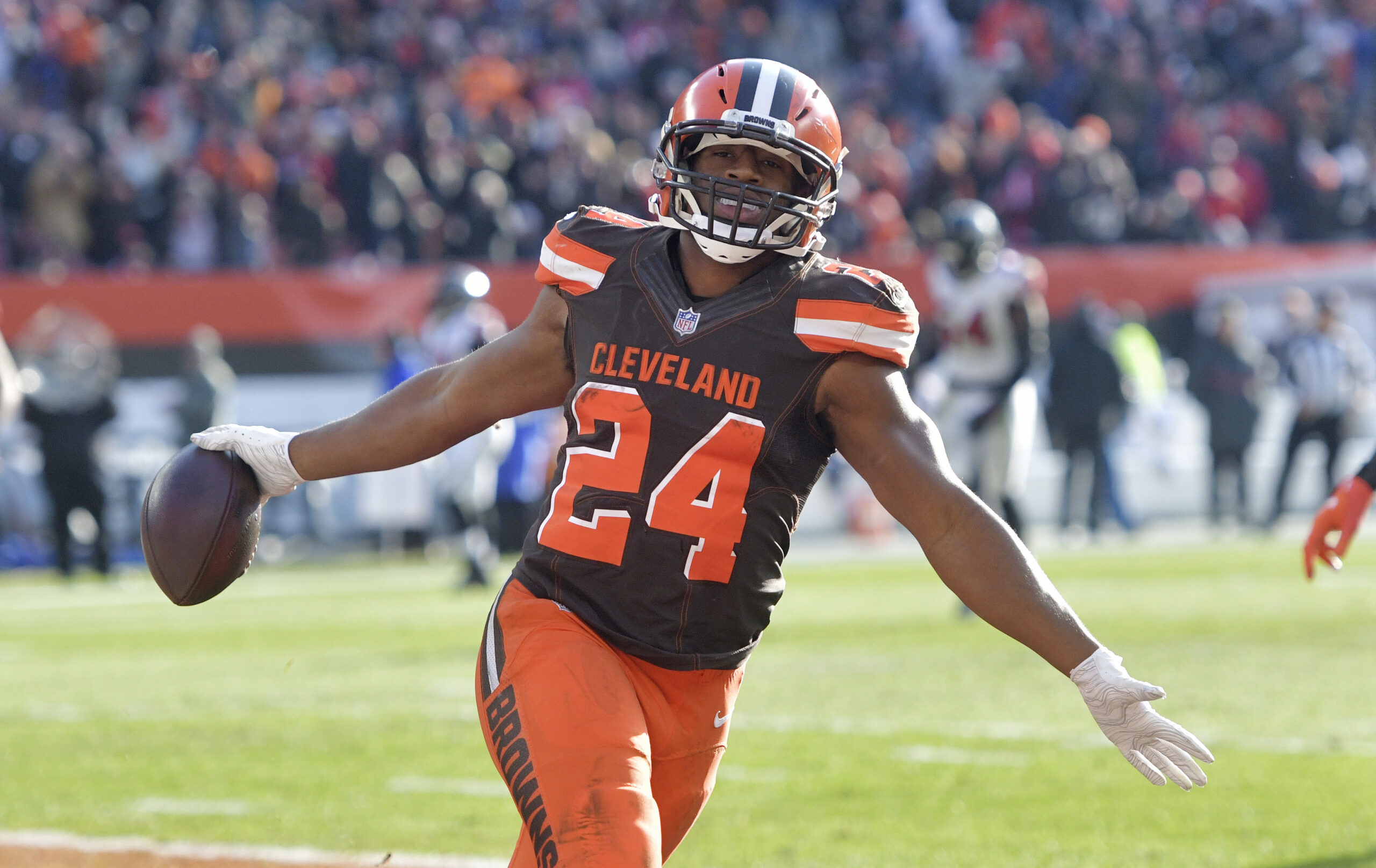 As we approach mid-season and the fantasy playoffs inch closer, teams are either making last ditch efforts to make a playoff push, or figuring out how to improve an already winning roster. The obvious cliché of “staying active” to win a league is a cliché for a reason, but what does that really mean? Sometimes people equate it to being active on the waiver wire year round and while that is very important, learning the art of trading can give you an even bigger advantage and help you make the playoffs on a consistent basis.

In this article, I’m going to give you the players, I believe, that have the potential to win you a fantasy championship — and how to make those trades happen to ensure these particular players end up on your rosters.

Before I get started with my list of targets, I’d like to address what it takes to make a successful trade. Depending on the competitiveness of the league, you can often get away with trading name brand players for up-and-coming studs and if you can do that, go right ahead. However, this article is going to assume that players in your league are sharp fantasy football players (with access to, say, Breakout Finder content, for example). 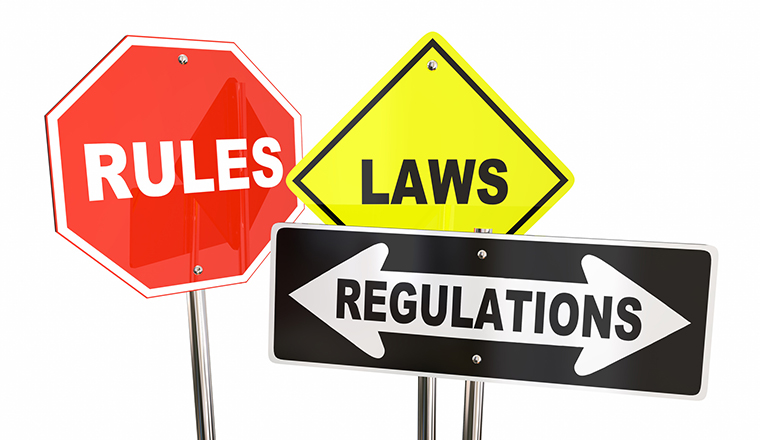 Rule #1: Never low-ball, and be careful of “spamming” your league mates.

I mention this because oftentimes, fantasy gamers will ruin their reputation for trading by sending poor offers or sending too many offers and sometimes, unfortunately, the combination of both. Your trade reputation can be very important because you can’t win a trade if no one will even consider it.

What I mean is that you always have to consider what your trade partner is looking for. Evaluate the other team’s strengths and weaknesses through your own eyes and also your trade partners’ eyes. Show them that you care about making both teams better. You can still make another team better by improving your own by more.

Rule #3: No players are off the table in trade talks.

One of the biggest mistakes people make is telling people that a player is “untouchable”. Value is king in the world of trading, and if you can get a king’s ransom for your best player: DO IT! 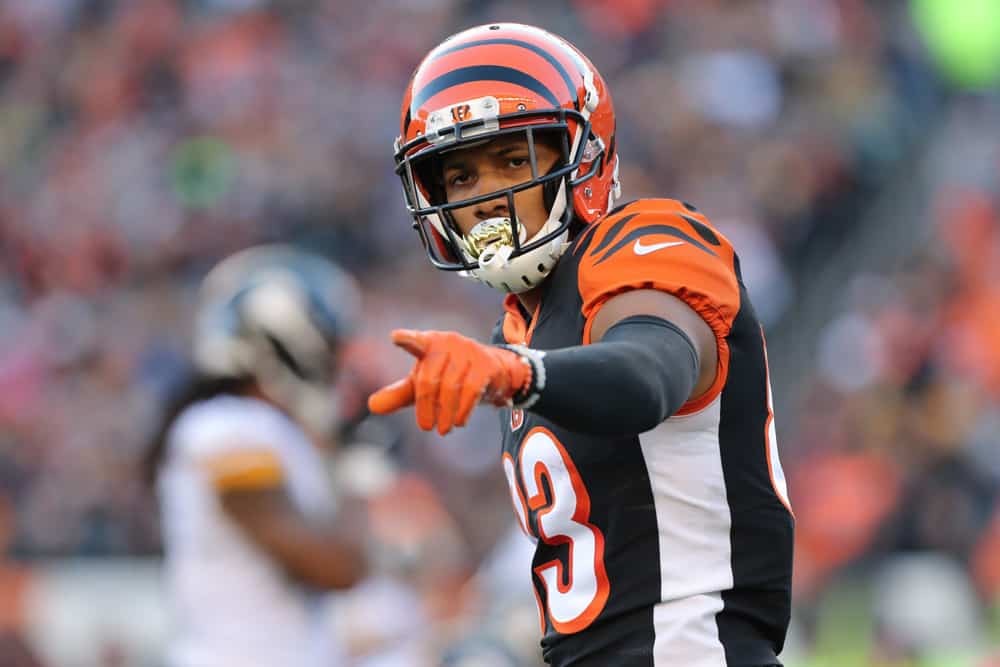 Here are my league-winning trade targets as we now enter the month of November:

Pending a possible suspension, Melvin Gordon is one of my favorite league-winners going forward.

In the games he has played, he’s been the bell cow we saw with the Chargers. He’s scored 12+ PPR points and at least 1 touchdown in 4/5 games. Even with the presence of Phillip Lindsay, I think he will continue to eat and we will see the Broncos run the football a ton with Drew Lock struggling. Their schedule really opens up down the stretch with a ton of soft match-ups and only one tough matchup against the Saints in Week 12. Gordon isn’t widely viewed as an RB1, so if you need help at RB and you don’t want to pay a premium, go field offers for Gordon!

Leonard Fournette was one of the biggest talking points before the season started as he got released from the Jaguars and got signed by the Buccaneers. The problem has been whether he could outplay fantasy darling Ronald Jones, and command the majority of the touches in that backfield.

So far this season, it hasn’t been great, but that’s also because of the ankle injury he sustained in Week 3. Although it was good to see him come back strong last week, the fight still isn’t over and if the manager that has Fournette doesn’t feel great about him, he’s a sneaky league-winner. The Tampa offense is going to be putting up huge numbers for the rest of the year, and on the off chance Fournette does take over that backfield, he has the upside most fantasy gamers can only dream of.

There’s a good chance that Nick Chubb is on a losing roster since sustaining his injury. If that manager is still trying to hang on, they might not have a choice but to give up on him. Chubb is expected to be back in the coming weeks, but for teams that are 2-5 or worse and need to win games now, Chubb isn’t helping them. He is arguably the best pure runner in the NFL on one of the best rushing attacks with the league. Chubb was showing how strong of an asset he can be for your team in Weeks 2 and 3, even with the presence of Kareem Hunt. The Browns play the NYG and the NYJ in Weeks 15 and 16. If you are winning and can make it to the playoffs, Chubb is set up to go nuclear in the fantasy playoffs this year.

An injury riddled season has suppressed the value of Chris Godwin, and if a leaguemate is losing faith in him from those injuries and the addition of Antonio Brown, capitalize on that panic as soon as possible. I believe the addition of Brown will only help open up things in the middle of the field for Godwin to absolutely smash down the stretch. Obviously you only want to acquire him if your team is already winning since he is likely to miss a game or two for injury, but you can acquire him for a discounted price right now, you’d be getting one of the best wide receivers in the NFL.

One of the least “sexy” names out there and one of the most underrated fantasy assets to go along with it, Tyler Boyd is quietly WR9 in PPR formats and I don’t see him slowing down any time soon! The Bengals defense has been awful and Joe Burrow is throwing the ball more than any other QB in the league. Boyd is averaging just under 9 targets/game and ranks No. 2 in the league for red zone targets. If a team still views Boyd as no more than a WR2, go get ‘em.

In 2019, DeVante Parker showed that he can be an alpha in that offense finishing as the WR11 in PPR formats. Also now working in his favor, the Dolphins announced Tua Tagovailoa as their starter moving forward. We’ve seen what Tagovailoa can do on the football field, and although there’s a chance it’s a downgrade for the pass catchers in Miami, the upside is MUCH higher than it ever was with Ryan Fitzpatrick under center. WR1 going forward is in the range of outcomes for Parker, and you can get him for a lot less.

Noah Fant has been a fantasy darling for a lot of gamers over the past year; it’s hard to ignore his incredible athleticism and big play ability. Although he has come back down to earth after his hot start to the season, there’s more to the story (currently recovering from an ankle injury). Assuming recovery goes smoothly, which is where the gamble inherently lies, there will be a window of opportunity to grab him before he explodes down the stretch. Fant has Travis Kelce-George Kittle-type numbers in his range of outcomes, and it might be more likely than we think. He’s already getting a ton of volume in his second year and is showing signs of being the clear No. 1 option on that team. BUY BUY BUY! 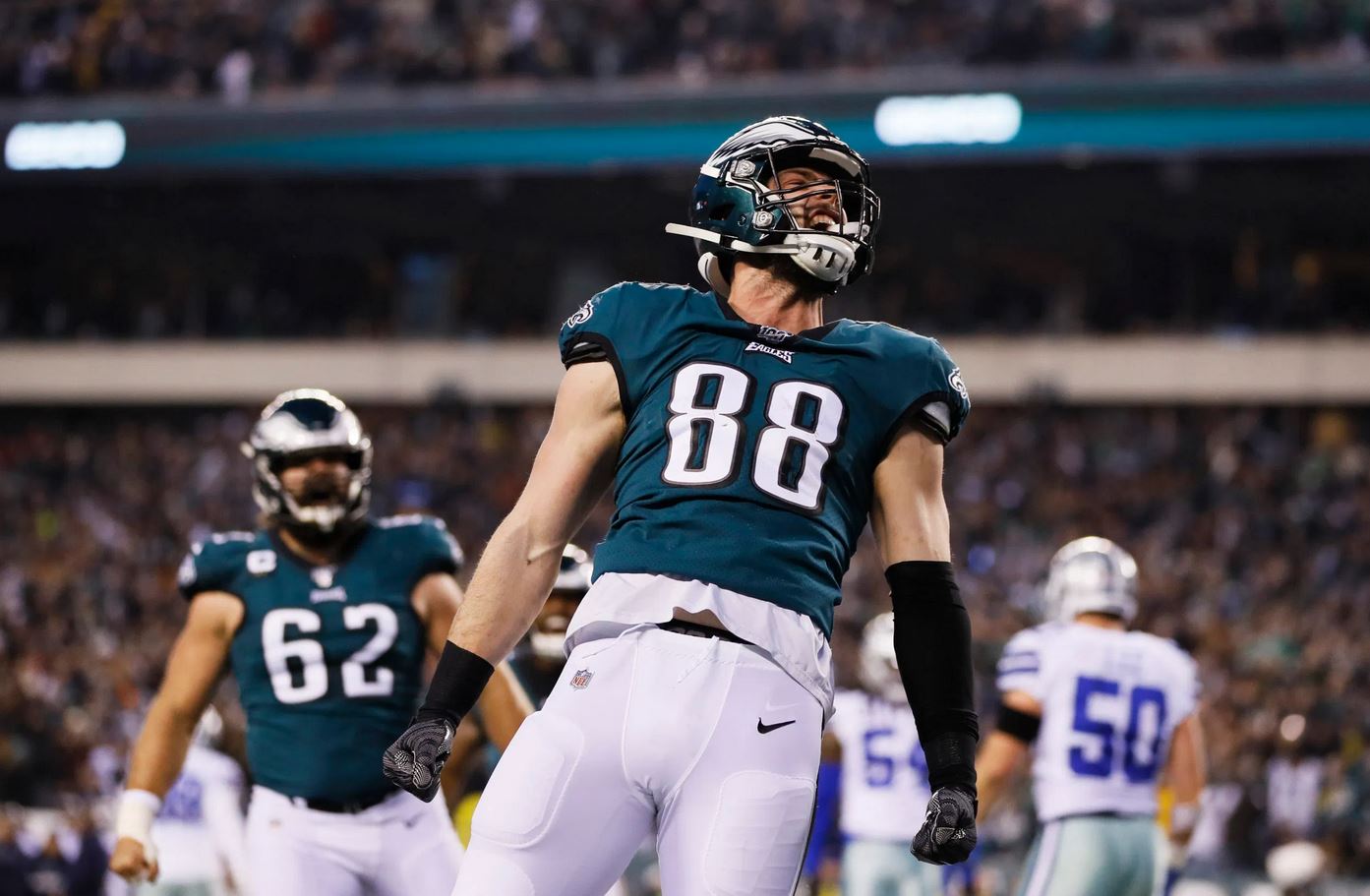 Goedert may not be at full strength going into the Dallas game, and if “disappoints” this week as a result, that window will stay open. Once he is healthy, however, I fully expect him to be a top-5 TE for the rest of the season.

He may not be cheap to acquire, but if you have the space and assets to pry him from a leaguemate, Goedert can give you an edge at the TE position that few options possess. Goedert having the TE position all to himself in Philadelphia is something many fantasy gamers have been dreaming up for the past year. Get him before it’s too late!

Logan Thomas was a sleeper TE of mine coming into the season and was essentially free. However, he’s performed relatively well to start the year and thus has been picked up in most competitive leagues. Thomas is an uber-athlete that has the TE position on lock down in Washington.

He’s currently top-10 in most usage metrics from snap share to target share to red zone targets, etc. With Kyle Allen under center the past two weeks, his yards per catch has doubled from 7.1 YPC to 14.5 YPC. He’s also scored in back-to-back contests and looks to be the favored red zone target for “The Football Team”. If you have been streaming TE and want some stability, I believe Thomas can fix all those problems going forward! 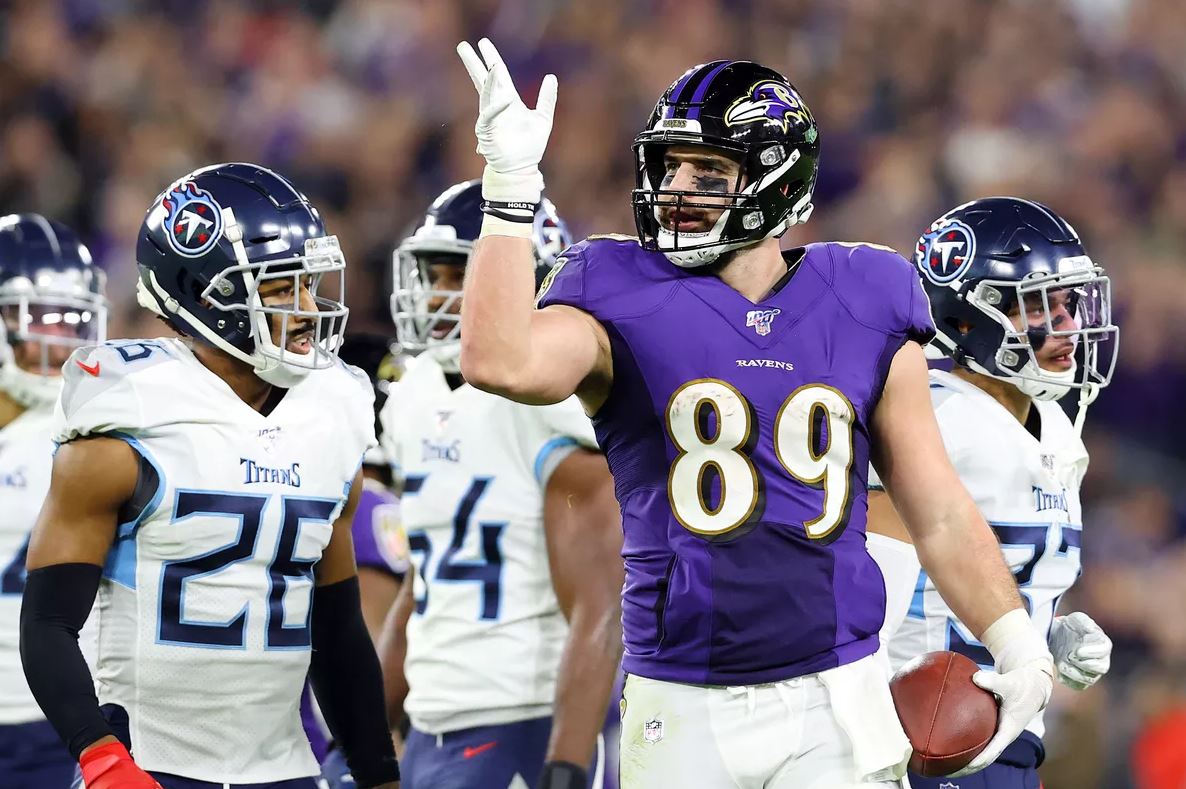 Now that I’ve gone through some of my main trade targets, I’d like to briefly list some players that could be used to acquire those mentioned players. Below is a list of my top “sell” candidates for the rest of 2020:

RB Ezekiel Elliott (DAL): The Dallas Cowboys are showing no signs of improvement, which obviously hurts Elliott. Likely a tougher sell given the situation, but there could be an RB-needy owner desparate enough here.

RB Kareem Hunt (CLE): As mentioned, Chubb will be back soon and Hunt’s upside will be capped.

RB Darrell Henderson (LAR): The RBBC in Los Angeles has been frustrating, and so has Cam Akers’ usage. If Akers is able to gain any steam as the season rolls on, it might be bye-bye Henderson.

WR Chase Claypool (PIT): Claypool will be have some big games, but his usage is going to make him super volatile on a weekly basis.

WR Robby Anderson (CAR): Anderson has certainly exceeded expectations this year, but he hasn’t scored a touchdown since Week 1.

WR Ceedee Lamb (DAL): See Elliott; not sure what the market would be here for season-long purposes, but if a leaguemate is high on name value alone at the moment, let him fly.

TE Robert Tonyan (GB): There are still people out there that think Tonyan can be a TE1. With Adams healthy and Lazard coming back soon, his bright future is slipping away.

I hope this article has been helpful. Feel free to reach out and ask any questions you might have: