Redrafting With Ryan: Let’s Talk About “My Guys” 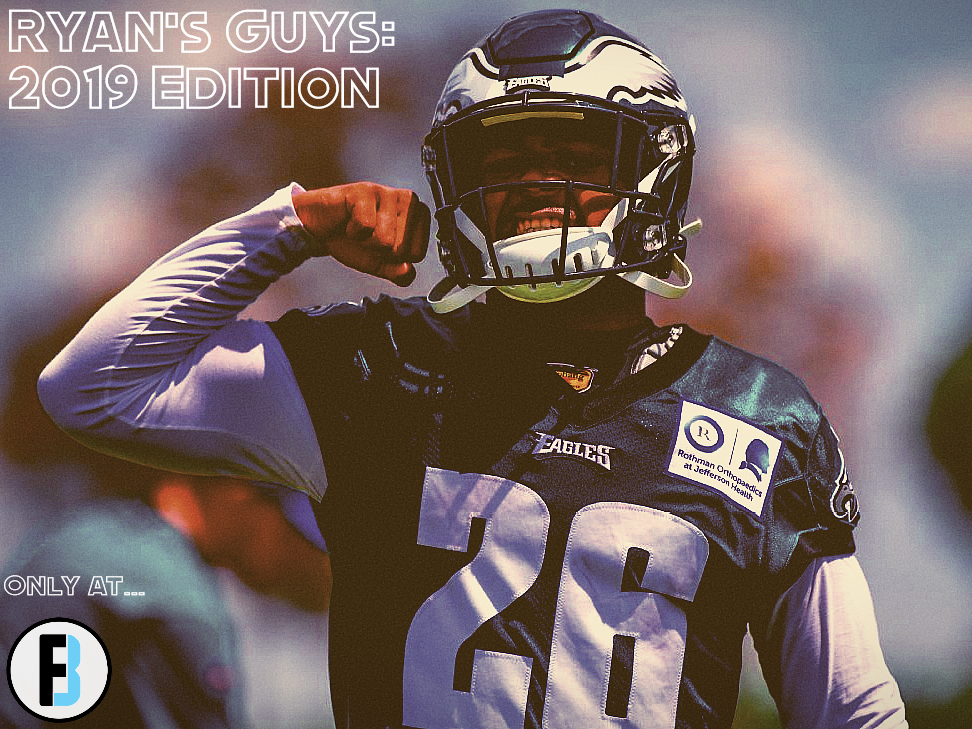 As always, all ADP (Average Draft Position) references are via FantasyPros. Happy drafting, my pals. 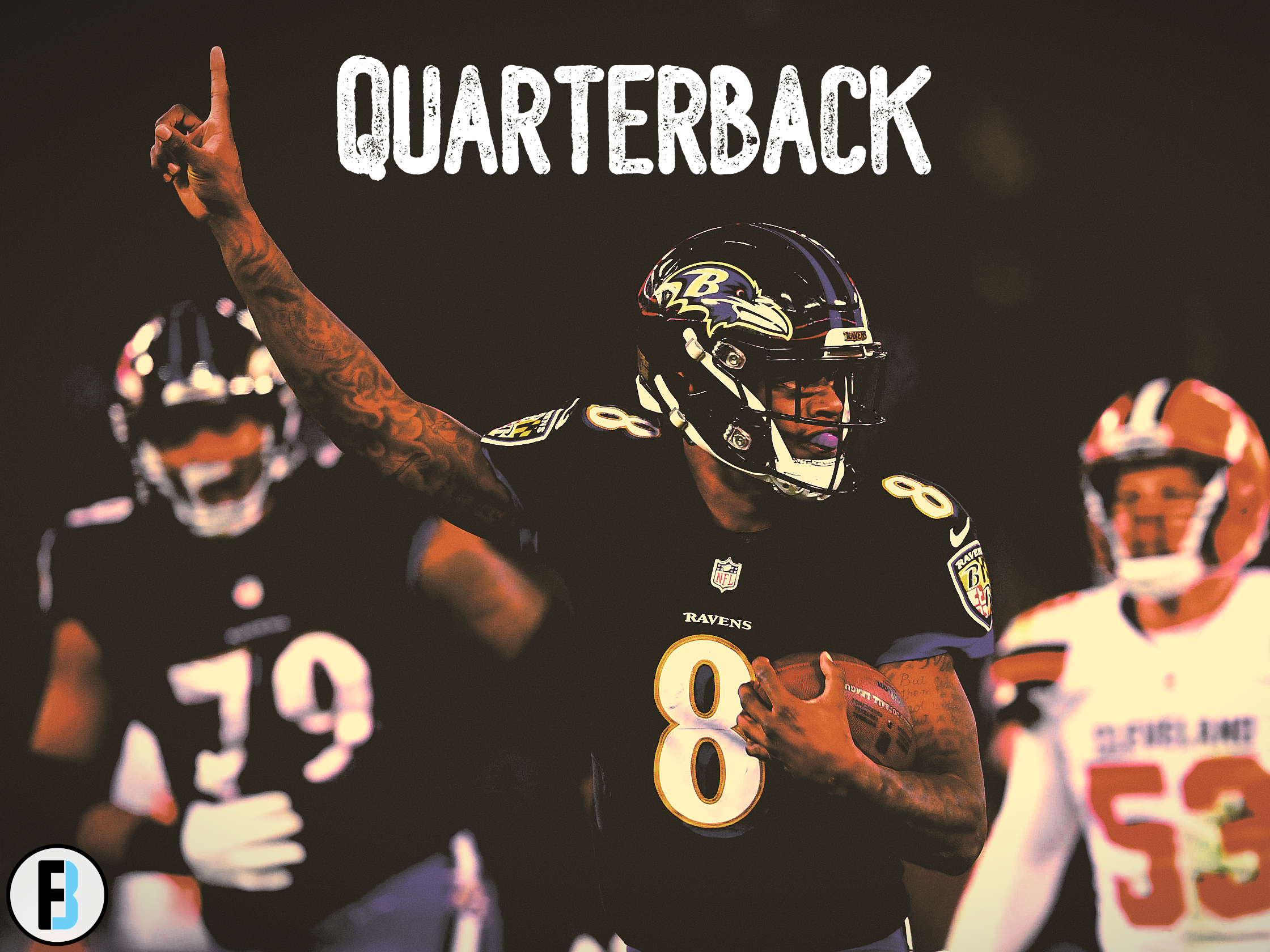 I probably would’ve had more poetry to share regarding Cam Newton (QB7; QB8 per ADP) if the state of his foot wasn’t up in the air heading into the regular season. The recovery from shoulder surgery had a lot of folks turning another direction as his ADP was sitting around the QB10-11 spot for quite some time. Now having spiked up, I do wonder if it drops back down given this most recent bump in the road.

The conversation starts and ends with Lamar Jackson (QB9; QB14 per ADP) at quarterback for me this year. He set records on the ground last year and the Ravens’ staff is very content rolling out that same approach this year. His ceiling remains sky-high given his ability as a runner, and anything we get through the air in terms of growth as a passer is simply a bonus. They invested some draft selections in some intriguing players, and the passer’s connection with tight end Mark Andrews is growing stronger by the session.

A similar player (as far as raw athleticism on the ground goes), rookie Kyler Murray (QB8; QB11 per ADP) is coming off a wildly productive and efficient Heisman-winning campaign at Oklahoma and enters the league in arguably the best environment, tied to young and (presumably) innovative head coach in Kliff Kingsbury. The Cardinals have talked-up play speed and plays run, so Murray as a volume play alone is enticing enough. Already several steps ahead of Jackson as a pure passer, Murray has some notable pass-catchers worth mentioning, too. More to come there in a bit.

Two of my favorite late-round options this year are Sam Darnold (QB21; QB23 per ADP) and Andy Dalton (QB23; QB28 per ADP). The latter was a little sexier before the A.J. Green injury, but the addition of the new head coach (and Los Angeles Rams-like scheme) coupled with a more-than-capable receiver (see: WR1) in Tyler Boyd and breakout-candidate-slash-do-it-all-running-back Joe Mixon should be enough to keep the offense running efficiently.

I’m all-in on a trio of rookie runners this year: Miles Sanders (RB20; RB29 per ADP), Justice Hill (RB33; RB58 per ADP), and Darwin Thompson (RB37; RB55 per ADP). I suppose we can lump David Montgomery (RB21; RB23 per ADP) in that conversation as well, albeit to a lesser extent. Sanders has clearly been the most talented runner on a loaded Philadelphia offense for the entire duration of training camp. He is just a matter of when, not if. Hill, one of 2019’s best athletes at the position entering the draft, is surprisingly aggressive between the tackles despite his size. He’s also a capable receiver. We talked about Lamar Jackson, and the Ravens’ insistence with keeping things on the ground. Despite Mark Ingram‘s arrival, it’s easy to put two-and-two together.

Thompson (I type with a frown on my face starring at all my Damien Williams (RB12; RB13 per ADP) teams), has been another camp standout. He’s broken off a highlight reel run or two already in early preseason action and could force the issue and promote a full-blown RBBC in Kansas City.

Even earlier in drafts, I’m still looking at the aforementioned Williams along with Dalvin Cook (RB7; RB11 per ADP) and Aaron Jones (RB11; RB16 per ADP). Cook’s even further removed from the injury and the Vikings have somewhat bolstered their offensive line while, more importantly, adding Gary Kubiak to the staff (hired as an “offensive advisor”). Kubiak’s track record with producing on the ground speaks for itself. Jones is oozing with talent. He’s been largely passed over by previous coaching staffs but that looks to change in 2019. At the end of the day, the Packers would be wise to feed their workhorse-in-waiting running back; Jones can get it done on the ground and through the air.

One more name to bring up, one which probably is a little more obvious to talk about at the moment given recent events, is Houston’s Duke Johnson (RB28; RB37 per ADP). After “forcing” (he was really polite about it, so that’s probably a strong word) his way out of Cleveland, he landed on another strong offensive team with the Texans. The runway was clearing up, as Lamar Miller (although criminally underrated to some) was never really posing a threat. Miller is lost for the season with an ACL tear and things have broken right a lot quicker than anticipated for Johnson. Another player where natural talent was never in question finally gets the opportunity of his career. 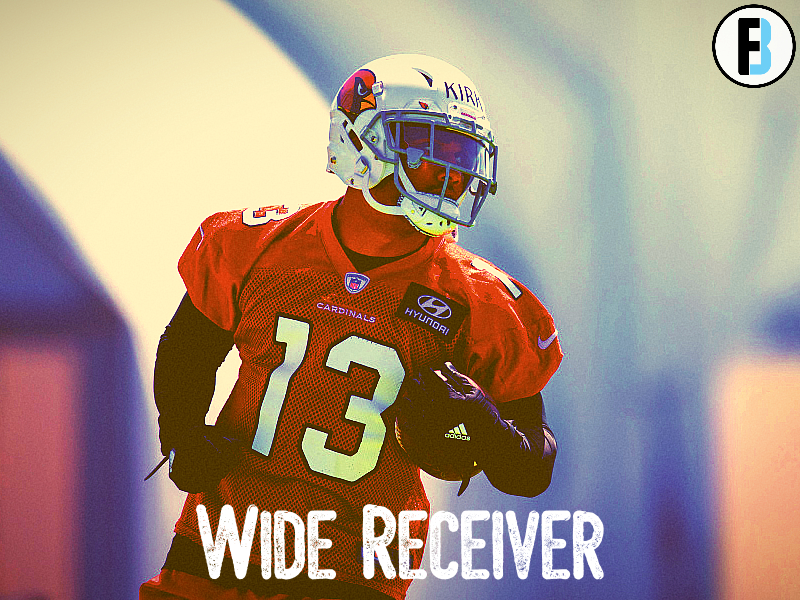 I’m stoked about the possibilities for dozens and dozens of wideouts this year. The early-middle rounds are absolutely loaded, and where I’m looking to throw as many darts as I can. Tyler Boyd and Tyler Lockett are high in my rankings, each coming off of really impressive campaigns (in terms of Boyd, a true breakout). In that same range for me this year, like everyone else playing fantasy football, I’m high on Chris Godwin (WR21; WR19 per ADP) but likely will not have many shares given just how out of hand his ADP has gotten. It’s also worth highlighting Calvin Ridley (WR18; WR22 per ADP) in this group; Christian Kirk (WR23; WR33 per ADP), and the Carolina duo of D.J. Moore (WR24; WR25 per ADP), and Curtis Samuel (WR25; WR40 per ADP). Godwin is reportedly “never coming off the field,” Kirk is now paired with Kyler Murray (and an aging Larry Fitzgerald), Moore looked special after the catch during his rookie outing, and has all the makings of a true sophomore breakout. Samuel has been the talk at Panthers’ camp, putting it all together from a route running standpoint. It could get real scary, real quick. His ADP should not be worlds apart from Moore’s.

I’ll talk-up Super Bowl champion Josh Gordon (WR34; WR37 per ADP) whenever I’m able. The connection between him and Tom Brady was obvious, resulting in 11.3 yards per attempt (per PFF, best by a Brady-receiver duo). Outside of Julian Edelman and maybe Demaryius Thomas (probably not the latter though), the options for the Patriots are limited. If you were stocking up on Gordon in early Best Balls like Evan Silva told you — well done.

Dede Westbrook (WR36; WR36 per ADP) has gotten better each year he’s played, and now upgrades the quarterback spot, even if it’s “just Nick Foles.” All the buzz from Jaguars camp is how consistent the Foles-Westbrook connection has been. The targets should funnel Westbrook’s way during the regular season, where he has the ability to uncork the big play, too. Getting a little deeper, a couple of other names to consider include: Marquez Valdes-Scantling (WR43; WR44 per ADP), locking up the Packers’ WR2 spot (Geronimo Allison will be playing out of the slot almost exclusively) and Jamison Crowder (WR45; WR56 per ADP). We’re told Crowder’s had a big camp, and maybe this is me just holding on to “what could’ve been” (or “should’ve been”), but the change of scenery narrative may be in play here, coupled with Darnold’s quiet ascension. Crowder should feast out of the slot, which was always the plan in Washington.

THE NEXT TO BREAKOUT…

If Chris Godwin's 2018 season wasn't indicator enough of what's to come then perhaps the 179 vacated targets will be. pic.twitter.com/c7LKjSeYkR

DYNASTY PRO TIP: Do not forget about Christian Kirk. pic.twitter.com/Dq87AZd4PO 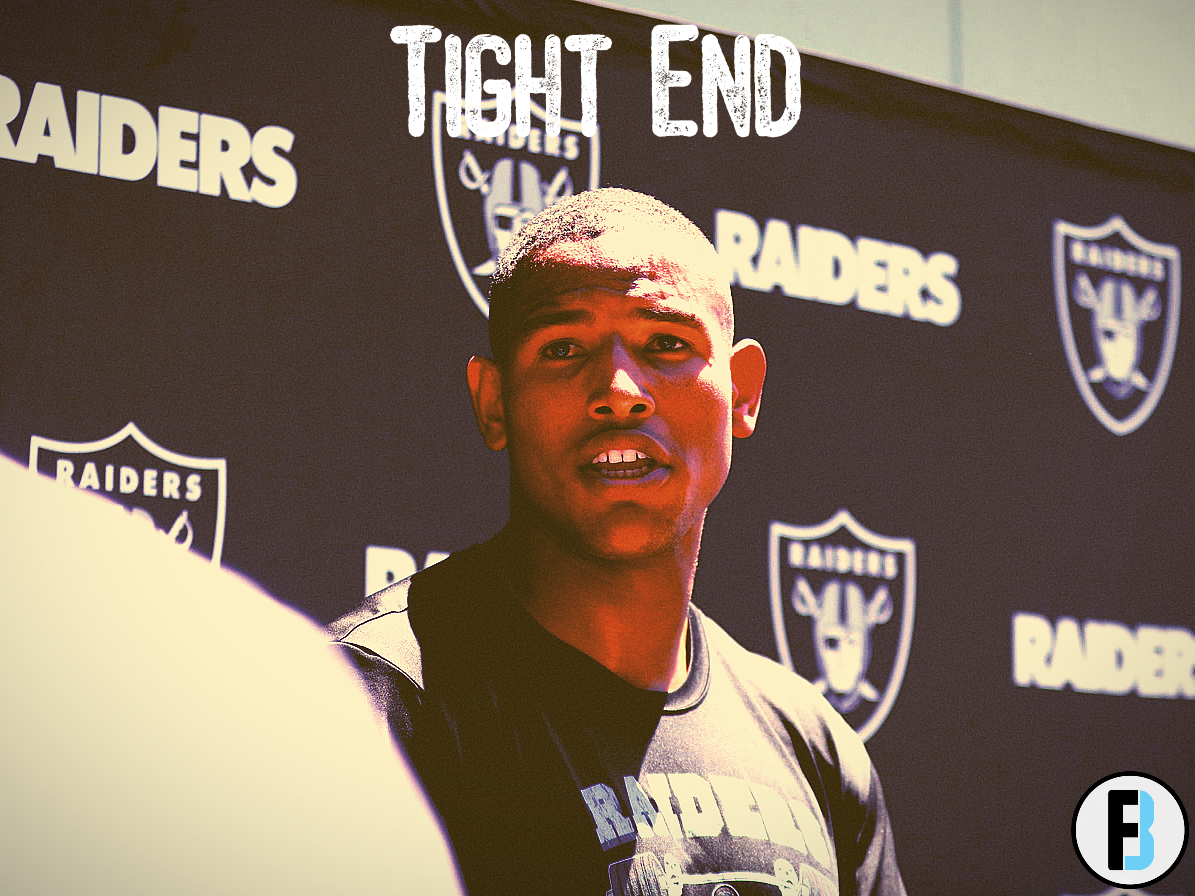 Tight end is the toughest position to project year-over-year. As such, it’s very difficult to “zag” while others “zig,” as we’re all following the same breadcrumb trail. With so few plays, we often end up at the same destination. Many of these names will not be eye-opening in that regard; this isn’t the time for hot or even lukewarm takes.

O.J. Howard (TE4; TE4 per ADP) and Hunter Henry (TE5; TE6 per ADP) are breakouts waiting to happen. I imagine they’re in almost everyone’s Top 7 (if not Top 5). Howard has to get his with Mike Evans and Chris Godwin working through the volume, and his efficiency has been incredible to start his career. With a strong draft profile coming out, and now with Bruce Arians on the headset, it could all happen for Howard. Henry’s issues have been health-related. Assuming he stays on the plus-side of the variance, it should be all systems go once more.

Moving along, we have Mark Andrews (TE11; TE18 per ADP). We’ve talked about the Baltimore offense and Lamar Jackson almost every podcast it seems. Buy Andrews. It’s that simple (especially where he’s going). Things were finally — maybe? — looking up for Jordan Reed, but then he went down with another concussion during the preseason. Those are adding up, and something has got to give at this point. It’s hard to buy him with any confidence knowing the medical record, but there’s a point in drafts where he makes too much sense given the slide and previous production.

Chris Herndon (TE14; TE20 per ADP) is likely the “surprise name” of this group given the suspension he’s set to serve. The Jets have some pieces in place on offense but I’m anticipating Herndon slotting right back in upon his return and not missing a beat. He looked like a key element for New York when he was available last year.

Further down the list, we have Darren Waller (TE21; TE26 per ADP) who looks to fill in for Jared Cook and all of Oakland’s vacated targets in general. Obviously, the wide receiver corps has been upgraded, but that should only benefit Waller and others. Lastly, there’s Gerald Everett (TE25; TE32 per ADP). With so many options in Los Angeles, he may get lost in the shuffle, but his talent and athletic profile — and the offense itself/ADP combination — makes for an interesting late-round buy.