Are Tom Brady and the Indianapolis Colts a Wishful Match for Fantasy? 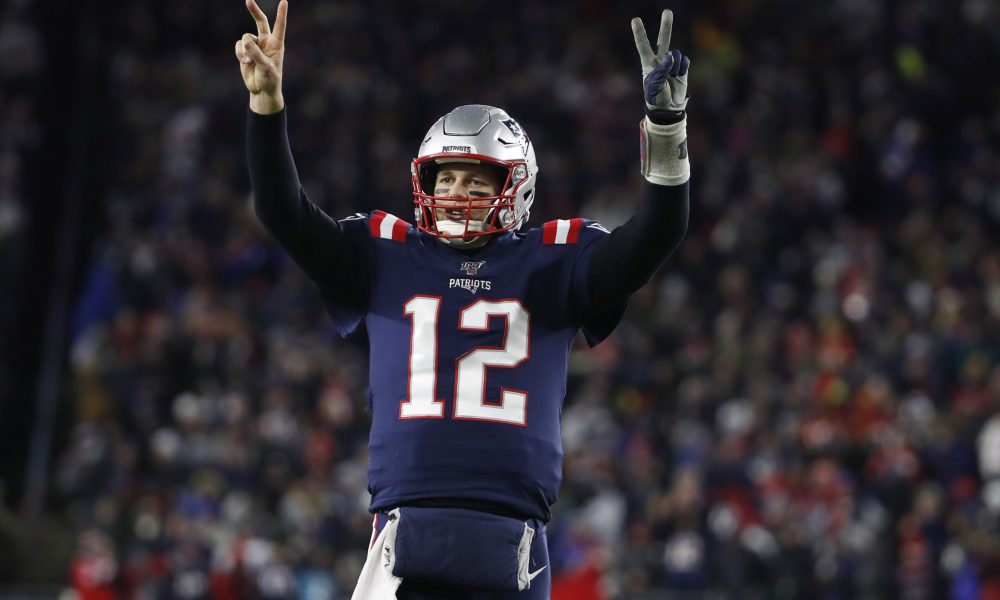 The odds of Tom Brady leaving New England are probably small, but according to reports from various outlets, it may not be a simple reunion. TB12 is officially a free agent. It’s hard to imagine Brady in another uniform after so many years. He has expressed his interest in continuing to play. But for the fantasy off-season, let’s entertain the idea of Brady leaving to win elsewhere.

The Dallas Cowboys will be a popular option as well. However, they have to worry about paying other players such as Amari Cooper and will most likely just extend Dak Prescott. The Indianapolis Colts have no major players to worry about extending and have an estimated $95 million in cap space available this off-season (#1 in the NFL). The Los Angeles Chargers have also been rumored but many factors tip the scale in favor of Indy.

Why Brady to the Colts Might be a Perfect Fit

The idea of Tom Brady in a Colts uniform is crazy, but it actually could be a great fit. The Colts have plenty of money to pay him. He could also reunite with his old teammate Jacoby Brissett. The organization is left hanging in 2020 not knowing whether Brissett is the long term answer. Brady could start for the one or two years left of his career in a winnable division. Then, at the same time could continue to mentor Brissett or a rookie draft pick. All scenarios seem to be win-win for the Colts. It would give them a chance to win in the coming years while grooming whoever they feel is their future.

Brady would get to play in a dome for eight games per season in Indianapolis. This is a significant factor that goes under the radar for player decisions. He would get a top 3 NFL offensive line to protect him in his 40’s. With that offensive line comes a plethora of potential weapons which will be covered in the next section. The Colts defense improved in 2019 as well and could just be a QB upgrade away from being a contender again. General Manager Chris Ballard put together a Super Bowl favorite until Andrew Luck retired, so it seems he can put all the talent needed around Brady. Lastly, they could use their cap space to acquire more talent around Brady along with their three picks in the top 40 selections in the upcoming 2020 NFL Draft.

Sure, Brady to Amari Cooper and Michael Gallup or Hunter Henry, Mike Williams, Keenan Allen, and Melvin Gordon/Austin Ekeler could be exciting too. Many other spots could be great for Brady. However, no team has the cap space, draft capital, nor as bright a future as the Colts. Brady has a chance to win and elevate all the weapons Indy already has. This could increase all of their fantasy values by a significant amount.

Jacoby Brissett isn’t a huge runner, but has shown scrambling tendencies. With Brady staying put in the pocket, it could immediately elevate Marlon Mack. Mack could easily become a low end RB1 in fantasy if he could get 40+ targets. Knowing Brady’s recent history of screens and dumpoffs to his backs like James White, Mack could potentially reap benefits where Brissett’s scrambling takes targets away from Mack. White finished 6th in RB targets this year with 95 and is a consistent top 10 finisher. If Mack even got half of those targets he becomes a fantasy stud. Also, a quarterback upgrade would lead to more scoring chances in general boosting touchdown potential.

T.Y Hilton was on pace to have the most TD’s of his career until the injury bug hit him late this season. Reaching 30 years old means his time is running out. However,  his speed is still not in question. Brady might not be able to sling the deep ball quite as well posting one of his lowest yards per attempt of his career this season. However, he will consistently and accurately deliver the football to Hilton in the intermediate areas and let Hilton work to do the rest.

Parris Campbell is an athletic weapon who couldn’t stay healthy this season either. He was criticized as a prospect for having 4.3 second 40 yard dash speed and only having a yards per target around 5 yards at Ohio State. Brady’s low yards per target along with Campbell’s could just be the perfect match. Brady would allow him to use his athleticism to dominate defenses. Dumpoffs, screens, drags and gadget plays to Campbell with his speed from Brady could be lethal.

It remains to be seen who will round out the Colts roster. Tom Brady can surely upgrade the offense. He will also help increase the value of Zach Pascal and/or Devin Funchess if he is brought back. Jack Doyle would get a massive upgrade and any Colts draft pick would immediately get a boost as well. Brady is obviously not the same quarterback as in the past, but he would certainly be an upgrade. He would get a dome and plenty of weapons which would elevate their fantasy value immensely while giving Tom Brady a chance to win at the same time.