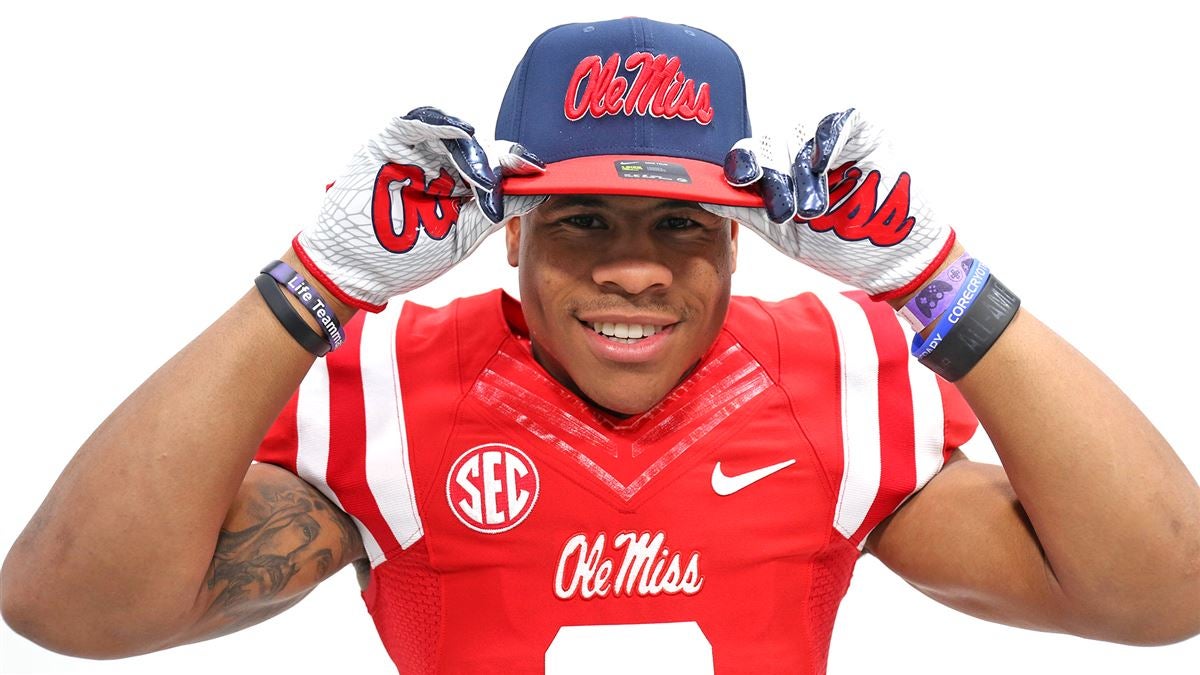 Ole Miss running back Jerrion Ealy, eligible for the NFL Draft in 2022, came out of high school as a five-star recruit and the third ranked runner nationally in the 2019 class according to 24/7 Sports. The svelte 5-9, 180-pound Ealy chose the University of Mississippi despite offers from Alabama, Clemson, and Michigan, among others, and was also a top-rated Major League Baseball prospect coming out of high school (dude roams the outfield for the Rebels baseball team, as well — a real renaissance man). Ealy brings elite speed to both of his sports of choice, having posted a 10.61 100-meter dash as a high school junior.

Ealy stepped onto an SEC field as a 19-year old freshman and immediately established himself as a high-level contributor. He split reps in the backfield nearly 50-50 with then-senior and now 2020 NFL Draft-hopeful Scottie Phillips, outgaining him on the ground by nearly 200 yards despite 21 fewer carries while also finishing second among all Rebels in receptions. Ealy also proved a threat on special teams and took one of his 13 kick returns for a 94-yard house call.

Ealy is one of the better buys in devy leagues. Currently being drafted as the RB19 and the 44th player overall in single-QB formats according to DLF, Ealy has the potential to be an explosive all-purpose threat in the NFL in the mold of a Phillip Lindsay, Justice Hill, Matt Breida-type player.

One key way that I like to dial in on a player’s effectiveness while running the ball is by comparing their efficiency to that of the guys they are sharing a backfield with. We know that scheme, play-calling, and offensive line play dictate so much of the viability of a rushing attack, so instead of using raw per carry and rate stats to compare runners across situations, I like to measure how they are performing relative to the other players operating within a shared offensive environment. In this regard, Ealy was excellent as a freshman. 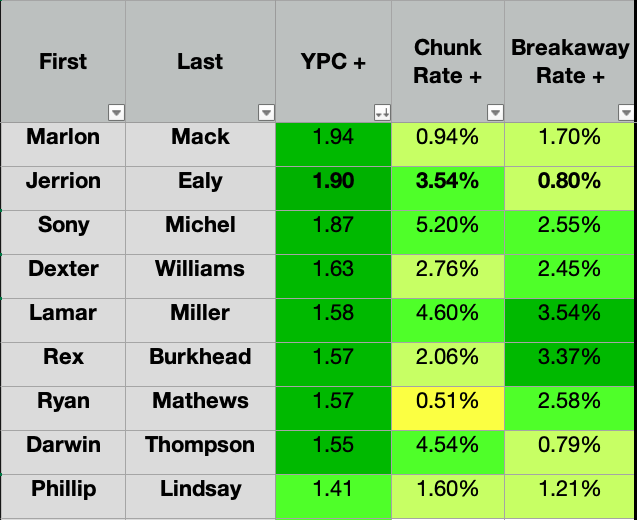 Using the career numbers for these former NFL Draft prospects, Ealy’s age 19 season numbers stand up quite well by comparison. Even while sharing the field with pro prospects like Phillips and other former three- and four-star SEC-quality recruits, Ealy outgained his backfield mates to the tune of nearly two extra yards per carry, while ripping off chunk runs (which I define as 10+ yards) at a 3.54% higher rate. Both of those numbers are at least 73rd-percentile figures when compared to the numbers of all runners in my database, with Ealy’s per carry dominance over his teammates landing in the 90th-percentile.

Ealy was also a quality receiver in 2019. His 17.1% overall dominator rating, while not incredible compared to NFL prospects with full college careers under their belts (it would be an 11th-percentile mark), is impressive for an SEC freshman, but Ealy’s 7.1% target share is indicative of all-purpose skills that are refined beyond his years.

Right there with the career-best college target share marks of guys like Damien Williams, LaMichael James, Travis Homer, Andre Ellington, and Jamaal Charles, Ealy’s involvement in the passing game, when adjusted for his overall contributions to the offense, produces a Satellite Score that suggests catching passes will be a sizable aspect of Ealy’s game when he eventually becomes a pro. 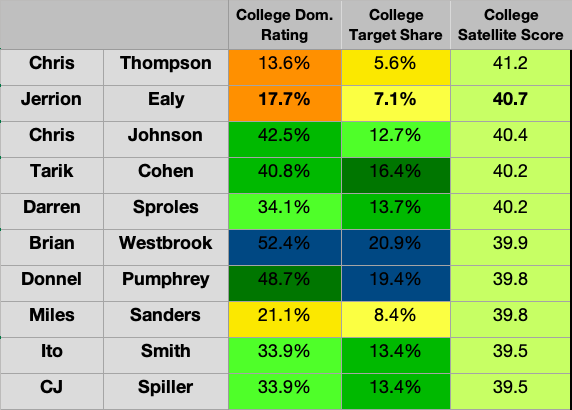 There is still work to be done for Ealy, obviously. He’s just finished his first collegiate season and, according to historical thresholds for market share of rushing yards, it can’t really be said that he’s even broken out yet. In order to maintain his trajectory as an ascending devy (and eventually, dynasty and redraft) asset, Ealy will need to garner an even bigger share of the Ole Miss offensive output in 2020, all while maintaining his impressive per touch efficiency in the face of increased volume.

It also wouldn’t hurt to add a pound or twenty to his slight frame. He’s a 19-year old kid, so there’s plenty of time for that, and even a 10-pound increase would put Ealy in Tarik Cohen, Jamaal Charles, Chris Johnson-range rather than the Chris Rainey and Donnel Pumphrey territory he sits in now.

If you believe that a precocious two-sport athlete who has yet to hit his 20th birthday can put on some muscle in the next two years while building upon his already quality production in the best college football conference in the country, then Ealy is necessarily a very intriguing devy prospect. I do believe, and at RB19 prices, that means I am all over a shot at the next CJ Spiller. 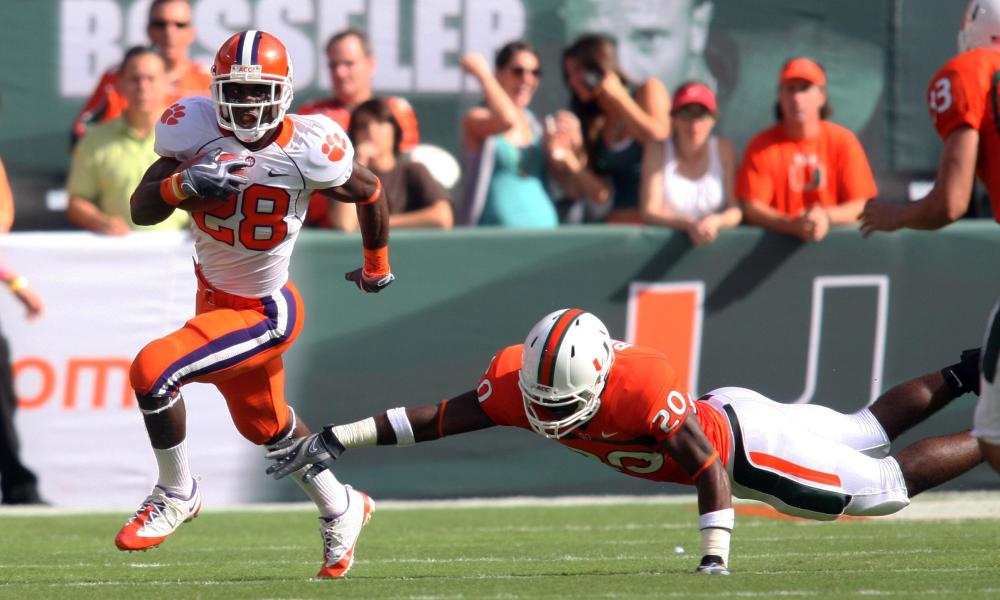